VIDEO: Are You Claw This Job Has Prospects? 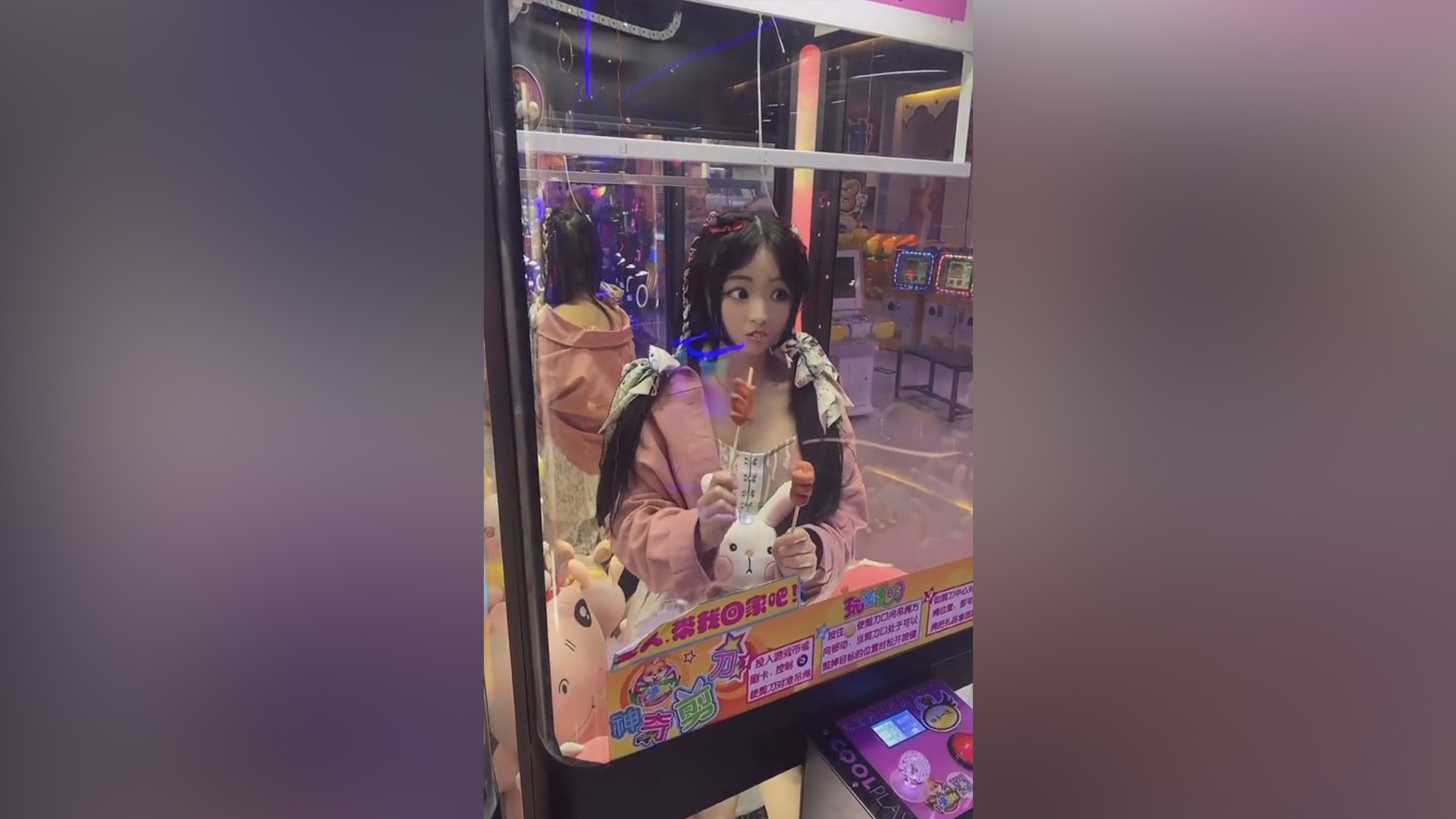 A 23-year-old woman during her act in a claw machine in Zhoukou, China. (Shihuangdiadiaya/AsiaWire)

ZHOUKOU, China — A Chinese woman ended up with an odd job after visiting an amusement arcade with her brother and being asked to stand in for a robotic mannequin that was being repaired.

Huang Qingjie, 23, has now replaced her robotic rival and is paid just CNY 300 ($ 46) for her three-hour appearances inside the claw machine at videogame city in Zhoukou, a prefecture-level city in China’s eastern Henan province.

But she is also on her way to becoming a social media influencer with 356,000 followers, which will probably pay her far more after sharing images of herself inside the machine on the Chinese social network Douyin, also known as TikTok.

The young woman said that she was employed to sit inside the claw machine at the Video Game City amusement arcade and that she got the job offer by chance.

“It was a public holiday, the Qingming Festival, which happened on April 4,” said Qingjie. “It was jam-packed, and there were lots of children milling around.”

She had wandered up to a doll machine, which is like a claw machine where people put in money to try and grab prizes, but there is also a robotic mannequin to make it more interesting to watch.

Qingjie said this particular machine did not have the mannequin inside at the time, and when the owner of the shop jokingly suggested that she take the job of the mannequin for cash, she had surprisingly agreed to it.

“It was entirely by accident. I just thought that I could get myself a good meal with the money, and so I climbed inside. There were loads of children coming over, and it was really good fun, with more and more people coming over to watch. I just interacted with them, and when I finally came out, many people wanted me to go back inside again,” she said.

She had since carried on with the job and said people would also turn up and give her food, as well as children that would give her their toys when they liked the performance.

Even though she has not been doing it very long, she’s managed to get the robotic performance down well and said many people don’t believe she is real until she suddenly moves, and then they are shocked.

She also said there had been one boy trying to win her as a prize from the claw machine.

The pretty young woman said her boss was delighted with the results, and it has quickly become his most popular game.

In the footage from some of the images she has shared online, the pretty model, wearing heavy makeup and a series of different outfits, is seen interacting with curious children and adults alike while pretending to be a robotic animated character.

“Only 200 for three hours, the salary is a bit low,” wrote a user Lin Yaodong on her post.