The Senegalese-American musician’s proposed city is seen as a land grab fostered by corrupt politicians. 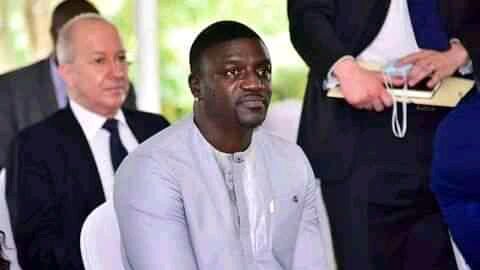 KAMPALA, Uganda, Many Ugandans have reacted angrily to plans by their government to offer Senegalese-American musician/actor Aliaune Damala Badara Thiam — better known as Akon — a square mile of land to build the second Akon city in Africa.

Earlier this month, the Uganda‘s government unveiled a plan to allocate that land to the American-Senegalese musician, then on a state visit to the country, to construct a futuristic city dubbed Akon City.

It would be powered by a cryptocurrency called the Akoin and be completed by 2036.

Akon announced plans for a similar city in Senegal in 2018, but that has yet to come to fruition.

The announcement of the second such proposed city has attracted a backlash from Ugandans across the political spectrum. They accuse the musician of aiding highly placed government officials to acquire land under the pretext of giving it to Akon for a futuristic city.

A spokesperson for the National Unity Platform party, headed by Uganda’s leading opposition figure Robert Kyagulanyi Ssentamu, referred to the deal as a scam orchestrated by people close to President Yoweri Museveni with the aim of grabbing land from local residents.

“We have serious doubts about the deal because the people who are pushing for it are members of the First Family, and it seems they are giving themselves land under the guise of offering it to Akon to build a city” said the platform’s Joel Ssenyonyi.

Ssenyonyi said Akon got land in his Senegal, his home country, in 2018 to build the first Akon City, but to date, he has failed to develop it. Sssenyonyi adds Uganda has a history of dubious land giveaways purportedly to investors that  ends up in the hands of high-ranking government officials.

But the representative of another powerful political figure dismissed talk of Akon City as a ploy.

“Akon has been on a promotional tour to bolster the international image of President Yoweri Museveni’s regime following a disputed election,” said Ronald Muhinda, a personal assistant to Kiiza Besigye, leader of the opposition Forum for Democratic Change. “It explains why his engagements in Uganda are centered on the family of president Museveni, most of whom are in public service,”

Despite that, the announcement has prompted a backlash on social media, with many Ugandans accusing the musician of aiding leaders like Museveni, who has been in power since 1986, to prolong their stay in office.

But appearing on Uganda’s NBS TV on April 6, Akon said he is not bothered by such comments.

“Democracy works differently in different places, [and] every place in the world was not made for democracy,” Akon said.

During the NBS interview, Akon also said presidents should be given time to complete their projects before replacing them.

“If we have challenges and a president is working toward addressing a specific challenge, but then he doesn’t get enough time to find a solution, if someone comes in his place, that means the challenge is going to stay,” Akon said.

Museveni spokesperson Don Wanyama insisted Akon’s visit to Uganda was for tourism purposes, and not to promote Museveni.

Akon has spoken often about his desire to create a real-life version of Wakanda, the futuristic African kingdom shown in Marvel’s “Black Panther” movie.