Terrified pooch had to be sedated by a vet before rescuers could pull it free.
By James King April 15, 2021
Facebook
Twitter
Linkedin
Email 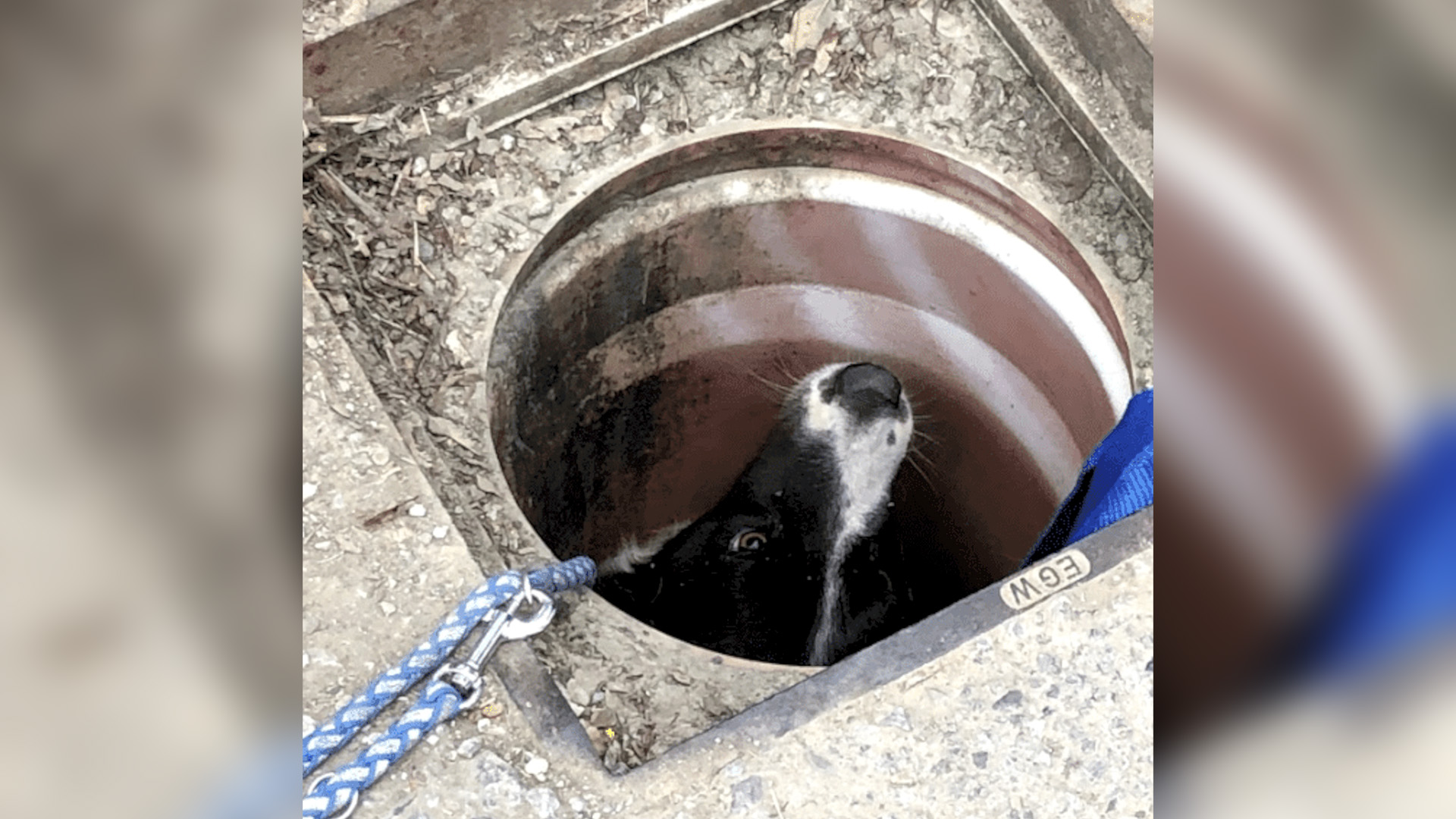 The dog which was stuck in a sewer in the district of Sankt Polten-Land in Lower Austria. (FF Weinburg/Newsflash)

WEINBURG, Austria — A dog was rescued by Austrian firefighters after it stuck down a drain chasing a rat in the municipality of Weinburg in the district of Sankt Polten-Land in Lower Austria.

The incident took place on the evening of April 5.

The fire brigade said they were informed about a dog trapped in the drain after it had entered a pipe in a nearby canal and walked along with it until it narrowed, further along, trapping the dog that was unable to turn round and could not go backward.

The incident was reported by the dog’s owner, who was out walking the animal when it disappeared into the pipe. Firefighters reportedly tried to free the dog to no avail and called in a local vet for assistance.

The vet managed to sedate the dog, and it was then lifted free of the drain.

The fire brigade then took the dog and its owner home, where it was able to relax after its ordeal.

As per reports by Statista, the dog population in Austria was measured at approximately 641,000 in 2019.

Lower Austria is the second most populous state in Austria after Vienna, and the region’s largest towns and cities include Amstetten, Krems an der Donau, and Wiener Neustadt.

“The population growth could be mainly attributed to gains from international migration, while birth surpluses and statistical adjustments only made for comparatively small increases of the population figure,” states the report.

In 2016, 87675 children were born in Austria, which corresponds to a crude birth rate of 10.0 live births per 1 000 population. The total fertility rate was 1.53 children per woman. This is well below the average “replacement level” of approximately two children per woman.

“Measured by the “net reproduction rate,” the generation currently at reproductive ages will numerically reproduce itself by 74 percent,” states the report. “The fact that the period fertility is so low in Austria is also due to the ever-rising age at childbirth (“postponement” of births). The mean fertility age in 2016 was 30.6 years, i.e., 0.4 years higher than in 2012.”

“The infant mortality rate – infant deaths per 1 000 live births – was 3.1 per thousand in Austria in 2016. Since 1997 this figure has always been below the 5-per-thousand mark, since 2006 even below the 4-per-thousand mark. The total of infant deaths in the first week of life and stillbirths is called the number of “perinatal deaths.” In 2016 there were 5.2 per 1000 live births,” states the report.