Archeologists announce the ‘incredible’ discovery which could be the largest city ever found in the country. 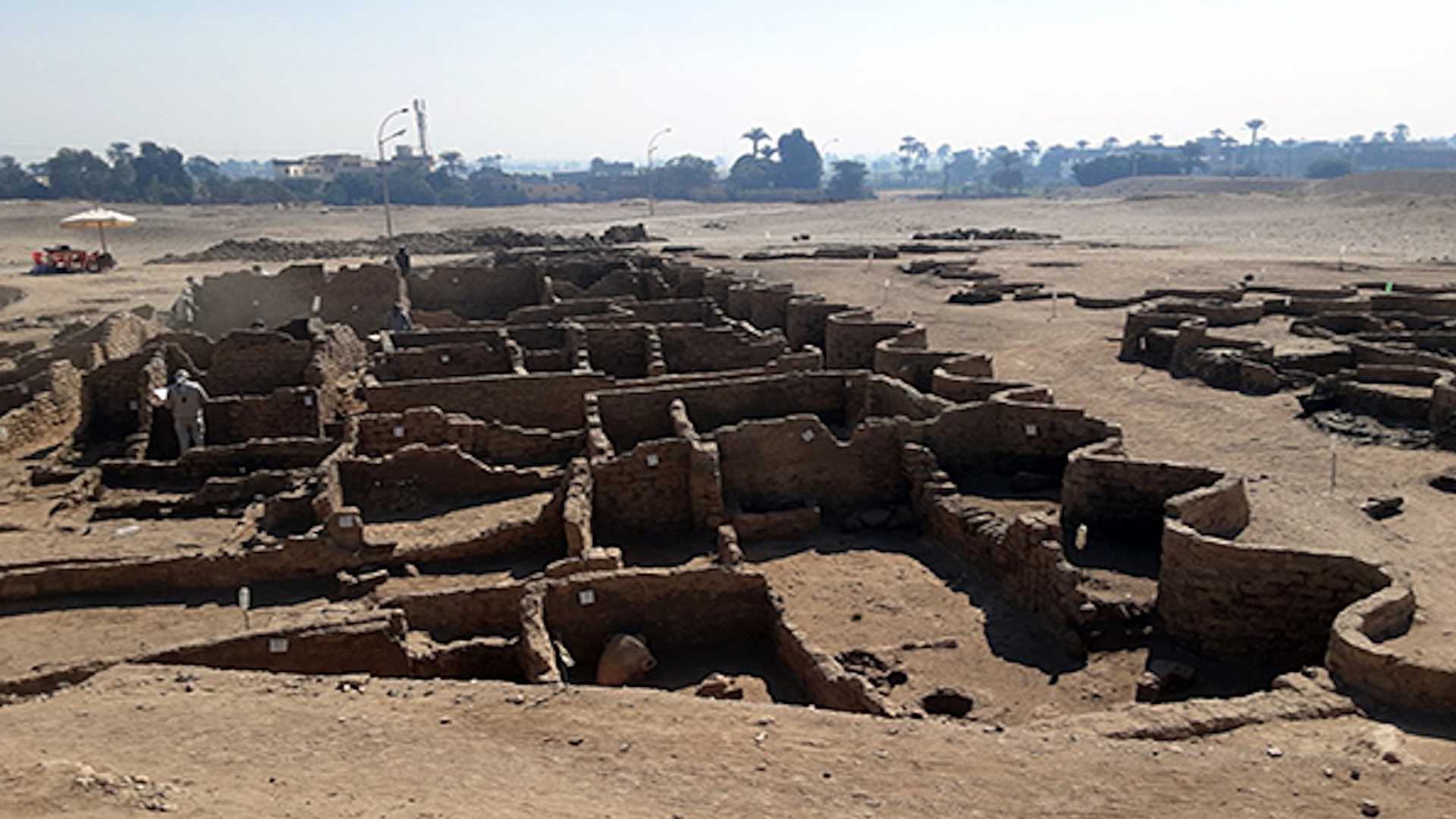 The ancient city called ‘The Rise of Aten’ that was founded by King Amenhotep III around 3,000 years ago in the southern city of Luxor, Egypt. (Egyptian Ministry of Tourism and Antiquities/Zenger News)

LUXOR, Egypt — Archeologists have discovered a 3,000-year-old city believed to be the largest ever find of the ancient Egyptians and one of the most important discoveries of the empire.

The find has been described as “incredible” and the most important since the finding of Tutankhamun’s tomb was made. This new find was made during a mission led by former Minister of Antiquities, Zahi Hawass, coordinating with the  Zahi Hawass Center for Egyptology, as per an official statement from April 8.

“The Egyptian mission under Dr. Zahi Hawass found the city that was lost under the sands,” the archeology team said in a statement.

“The city is 3,000 years old, dates to the reign of Amenhotep III, and continued to be used by Tutankhamun and Ay,” the statement added.

The archeological site was found in the southern city of Luxor and is thought to have been the most significant administrative and industrial settlement of its era.

The ancient city is called ‘The Rise of Aten.’ Experts were able to date the city by studying different carvings or hieroglyphics found on ceramic lids of wine vessels and additional historical references across the city.

King Amenhotep III was the ninth king of the Eighteenth Dynasty. He ruled Egypt from 1391 until 1353 BC, which is generally considered a golden age of Ancient Egypt.

Excavations in the area started in September 2020 when the archeologists were initially searching for the funerary temple of King Tutankhamun but which has long been explored by scientists.

However, just weeks into the dig, they started finding mud bricks leading in every direction before realizing they had discovered what is believed to be the largest city ever located from the ancient empire.

The find carries more significance due to how well-preserved it is, where walls up to three meters tall were found still standing and completely intact.

Rooms were found full of tools used in daily life, which archeologists also found intact, almost “as if the inhabitants left them there yesterday,” as per an official report.

The team found what appeared to be two cows or bulls buried in one area and found the burial site of a person whose arms were extended but had their knees tied together. There has been no explanation as to why this was done as experts study the remains.

“The discovery of this lost city is the second important archeological discovery after discovering the tomb of Tutankhamun,” said Betsy Bryan, Johns Hopkins University Egyptology Professor.

Experts hope the city can shed some light on what the daily life of an ancient Egyptian was like during one of the wealthiest periods of Ancient Egypt.

They also hope the site will help shed some insight into why Akhenaten and Nefertiti decided to move to the city of Amarna, which has remained one of the greatest mysteries in Egypt’s history.

The city’s evidence suggests it consisted of three royal palaces belonging to King Amenhotep III and the administrative and industrial center of the empire.

The city was also used by King Amenhotep III’s son Amenhotep IV, “Akhenaten,” who shared his rule for the last eight years, and King Tutankhamunbut.

The dig is still underway at the site, which has now been divided into three main areas. One is the kitchen in the southern part of the city, where excavators found they likely catered to many workers.

Another area is a workshop where they produced the mud bricks used to build temples. A final part of the city is thought to have been the administrative and residential area.

It consists of primarily well-arranged units but remains partly covered. The archeologists continue to work to uncover the city.

«Previous Post
Muldrow Glacier In Alaska Has Burst Of Speed As It Surges For First Time In 64 Years»Next Post
The Grate Escape: Dog Who Chased Rat Down A Drainhole Saved By Firefighters