An abandoned 16th Century chapel with no roof that is now a USD 2 million mountainside retreat. 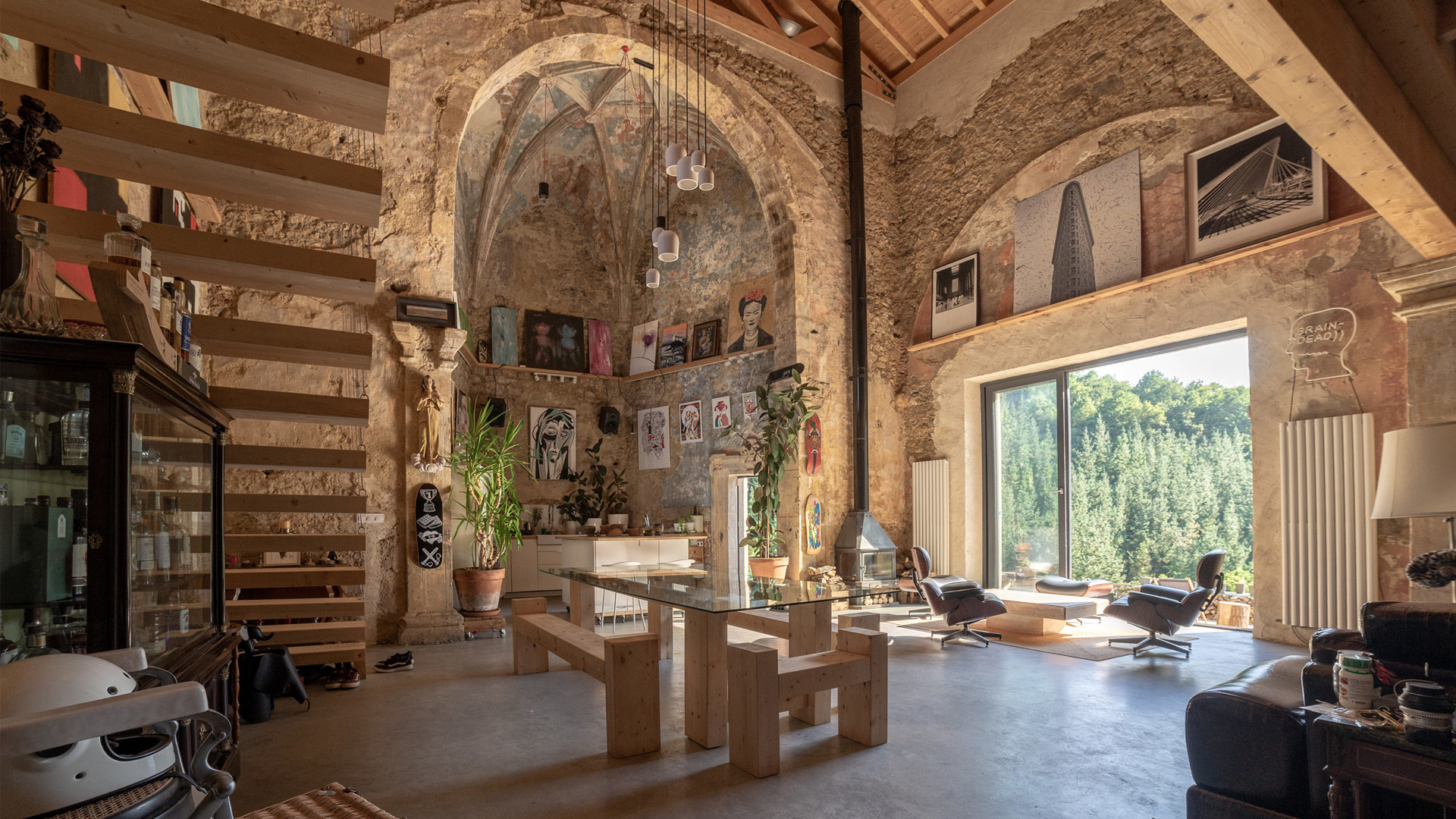 The 16th-century Spanish church is turned into a luxury house after the design project. (Tas Careaga/Real Press)

SOPUERTA, Spain — A creative designer has turned a 16th-century Spanish church into a luxury house to live in the municipality of Sopuerta in the northern Spanish province of Basque Country.

The church and surrounding property was bought by Tas Careaga, 36, a creative designer who was born in the Venezuelan capital Caracas but raised in the Spanish city of Bilbao. It is believed to have been built in 1530, although the exact date is unknown.

In the 18th century, it underwent major renovation when the sacristy and bell tower were built and more windows were added.

“We could only see the building from outside as the arches and the roof had collapsed,” said Carega.

The designer, who launched his company TasLab in 2004, was looking for an isolated property in the countryside for years to carry out a special project he had in mind when he came across an advert with the church and property for sale.

He visited the property and knew straight away that he wanted to do his special project there, confirming his decision with architect friend Carlos Garmendia. Garmendia is an architecture from the studio Garmendia and Cordero. He checked the structure.

The property and old church was sold for only 20,000 EUR ($ 23,870) as there were a number of commitments and conditions to carry out after the sale.

Careaga said that the documents for the deal had around 200 pages due to the number of conditions involved, admitting that he became “lost” when he started to study it in detail.

“I like to do things quickly and well, but bureaucracy is so very slow. I had to hire architects and archeologists to check the building and those processes are very slow,” he said.

The bishopric, the former owner of the church, said they were “interested in somebody fixing the place up”.

While the paperwork was being done, the designer did not stop thinking about his future house and, taking inspiration from great designers such as Boffil, he created a house based on open space with three bathrooms, one on each floor.

The ground floor has a kitchen, a living room, a reading room, a bathroom and a wine cellar. The first floor has the master bedroom, and the second floor boasts a design studio for the owner to work.

“It could easily be turned into another room so that, if I wanted to sell the house in future, there are two large rooms,” said Carega.

Meanwhile, the bell tower has been turned into another bedroom with stunning 360-degree views. Careaga said he initially planned to use the property as a luxury Airbnb venue but decided to live there himself as the project went on.

He moved from his home in Bilbao to the rural region and adopted a new lifestyle, which was initially hard because he “loved being around people and hanging out with friends”.

When he first moved into the church, he said “it was all experimental” as it was so isolated from anywhere else. The house is five minutes by car from the nearest small village and 15 minutes from the closest town center.

“During lockdown, it was beneficial to be able to take walks in the mountains and alongside rivers without seeing many people,” said Carega.

He claimed that the chimney place is his favorite place in his new home as it is situated in front of a large window with breathtaking mountain views outside.

However, he also adores his new studio as “it can transport you to another place as the roof does not look like a church at all”.

The designer also created many of the furniture items in the house as well, including a table made from the church’s old beams.

“I designed the place with a central heating system and radiators on all the floors,” said Carega.

He added that he does not yet know how much money he has invested in the project as some work is still ongoing.

He plans to live there while working on his design projects, but he could think of selling the house for around 1.6 million EUR ($ 1.9 million) despite admitting he would find it difficult to leave.