The glacier generally moves eastwards, receiving Traleika Glacier and Brooks Glacier as tributaries, and has not surged in over six decades. 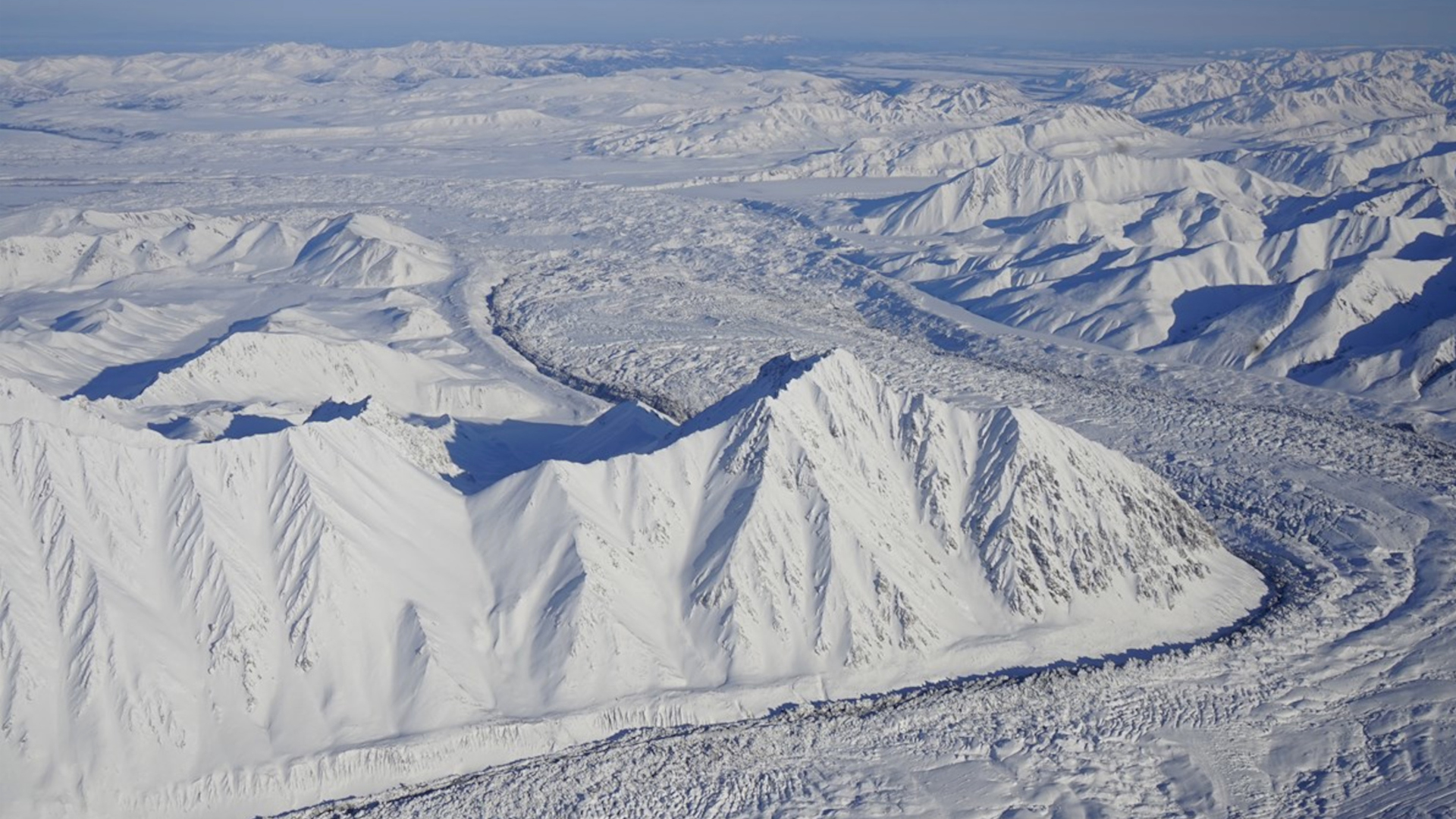 Muldrow Glacier located in Denali National Park and Preserve in the US state of Alaska. (NPS/Zenger News)

DENALI PARK, Alaska — Scientists have revealed that that one of the most famous glaciers in the world is finally surging for the first time in 64 years.

The Muldrow Glacier, located in the Denali National Park and Preserve in Alaska, originates from the Great Icefall of Harper Glacier on the east side of Denali, the highest mountain peak in North America.

The glacier generally moves eastwards, receiving Traleika Glacier and Brooks Glacier as tributaries. As mentioned, it has not surged in over six decades.

“It is a spectacle of nature, and especially interesting because it’s rare to have this kind of event on such a historically prominent glacier that is a centerpiece of Alaskan visitation,” said Guy Adema, National park spokesperson.

As opposed to the normal movement of a glacier, glacial surges are short-lived events where they advance at a great rate, sometimes moving at speeds up to 100 times faster than usual.

Chris Palms, who works for K2 Aviation, a company is affiliated with the National Park Service, was flying on the north side of Denali when he noticed unusual activity on the Muldrow Glacier on March 4.

National park scientists were immediately alerted by Palms, and after studying the images he took, it was clear that this normally slow-moving glacier had started its long-awaited surge.

Cracks and crevices stretched along the length of the glacier, signaling that the Muldrow Glacier’s increased movement rate.

The last surge of the 63-kilometer-long Muldrow Glacier, which extends from the north-eastern slope of Denali to the McKinley River, occurred between 1956 and 1957 when it advanced about 6.5 kilometers.

Scientists have been predicting the current surge for some time, but no one knew when it would occur. Since the 1990s, they have gathered baseline data better to understand the glacier’s behavior during its dormant time.

Two GPS units that will record positions every 30 seconds were placed on the glacier on March 28 and can track vertical and horizontal shifts. Scientists hope to capture the glacier’s exact movements during the surge and how it will eventually end.

Previous research discovered that glacier surges can come to a halt unexpectedly, often in a matter of hours or days, and are typically accompanied by a dramatic and potentially dangerous flood.

“Glacial surges like this don’t last very long, and scientists are now racing to document this rare geologic event before it ends,” said The Denali National Park and Preserve on Facebook. “Interestingly, surges like this have very little to do with climate change. Rather, they occur due to the unique geomorphology of the glacier and the rocks it is moving over.”

“Only about one percent of the world’s glaciers experience surges of this kind. The fact it’s happening with one of Denali’s most known and visible glaciers makes it even more remarkable.”