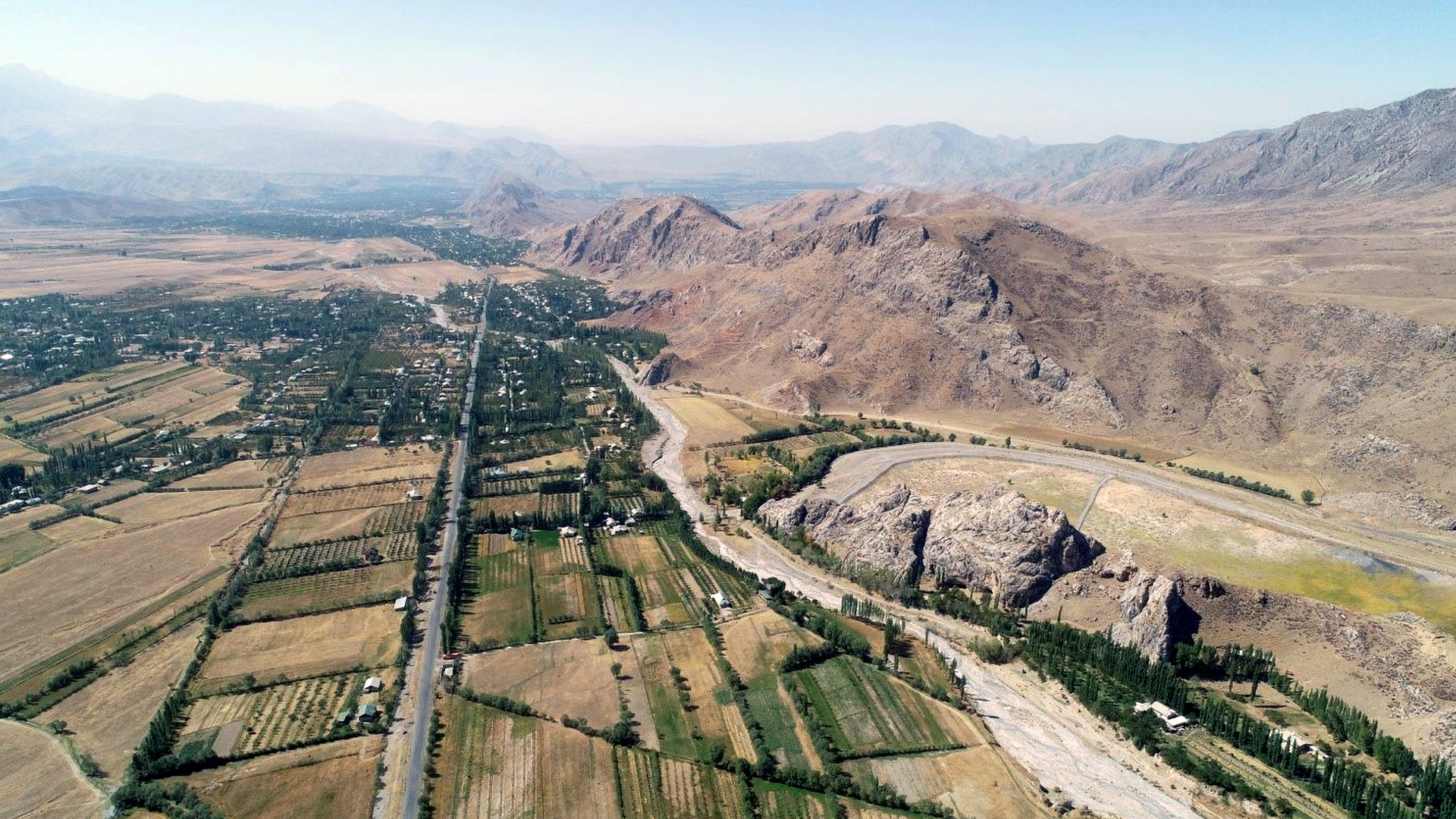 A view overlooking the site of Obishir in the village of Aidarkyen in Kyrgyzstan. (Svetlana Shnaider, Max Planck Institute/Zenger News)

BISHKEK, Kyrgyzstan — A group of scientists has discovered that animal domestication and crop farming began in Central Asia at least 3,000 years earlier than the previous concept of domestication.

New research published in the peer-reviewed journal ‘Nature: Human Behaviour’ claimed that herding was carried on in the Tian Shan and Alay mountain ranges making the region one of the oldest inhabited pastoral landscapes in the world.

As per the previous data, sheep, goat, and cattle domestication first took place in the Fertile Crescent of Mesopotamia roughly 10,000 years ago when wheat and barley were being cultivated, and it spread to Europe, Africa, and India.

Due to the lack of evidence in the past, it was believed that this so-called Neolithic Revolution failed to reach Central Asia at the time.

However, a joint team of international scientists led by Svetlana Shnaider from Russia’s Institute of Archeology and Ethnography in Novosibirsk and Aida Abdykanova of the American University of Central Asia in Kyrgyzstan found evidence of herding that dates back much earlier than previously believed.

The research team revisited the rock shelter Obishir V, a site located in Kyrgyzstan, discovered in the 20th century by Soviet archeologists, who found stone tools used for processing grains and fragmented remains of sheep and goats.

The two scientists teamed up with William Taylor, a specialist in animal domestication at the University of Colorado-Boulder’s Museum of Natural History and the Max Planck Institute for the Science of Human History, along with a team of international experts from Europe and the US.

Radiocarbon results on bones and teeth from the site revealed a Neolithic dispersal dating back to 6,000 BC.

People in the Neolithic period butchered animals, which was revealed after bone evaluation, while microscopic analysis of teeth cementum indicated that the animals were slaughtered in autumn, a common practice in many herding societies.

However, since the animal bone remains were highly fragmented, the species had to be identified using interdisciplinary approaches with paleogenomics and collagen peptide fingerprinting.

“With each new line of evidence, it became increasingly clear, these were not wild sheep — they were domestic animals,” said William Taylor, lead author of the study.

“This discovery illustrates how many mysteries remain regarding the prehistory of Inner Asia, the cultural crossroads of the ancient world,” said Robert Spengler, co-author of the study.

Scientists plan to revisit Obishir V in the summer, where they hope to discover new information about how cattle and plants spread from Mesopotamia to Kyrgyzstan in the past.

“This work is just the beginning. By applying these interdisciplinary techniques from archeological science, we are starting to unlock the clues to Central Asia’s past,” said Taylor.