Dead piglets can also be seen rotting in harsh conditions, which are later collected by employees and placed in plastic buckets.
By Georgina Jadikovskaall April 15, 2021
Facebook
Twitter
Linkedin
Email 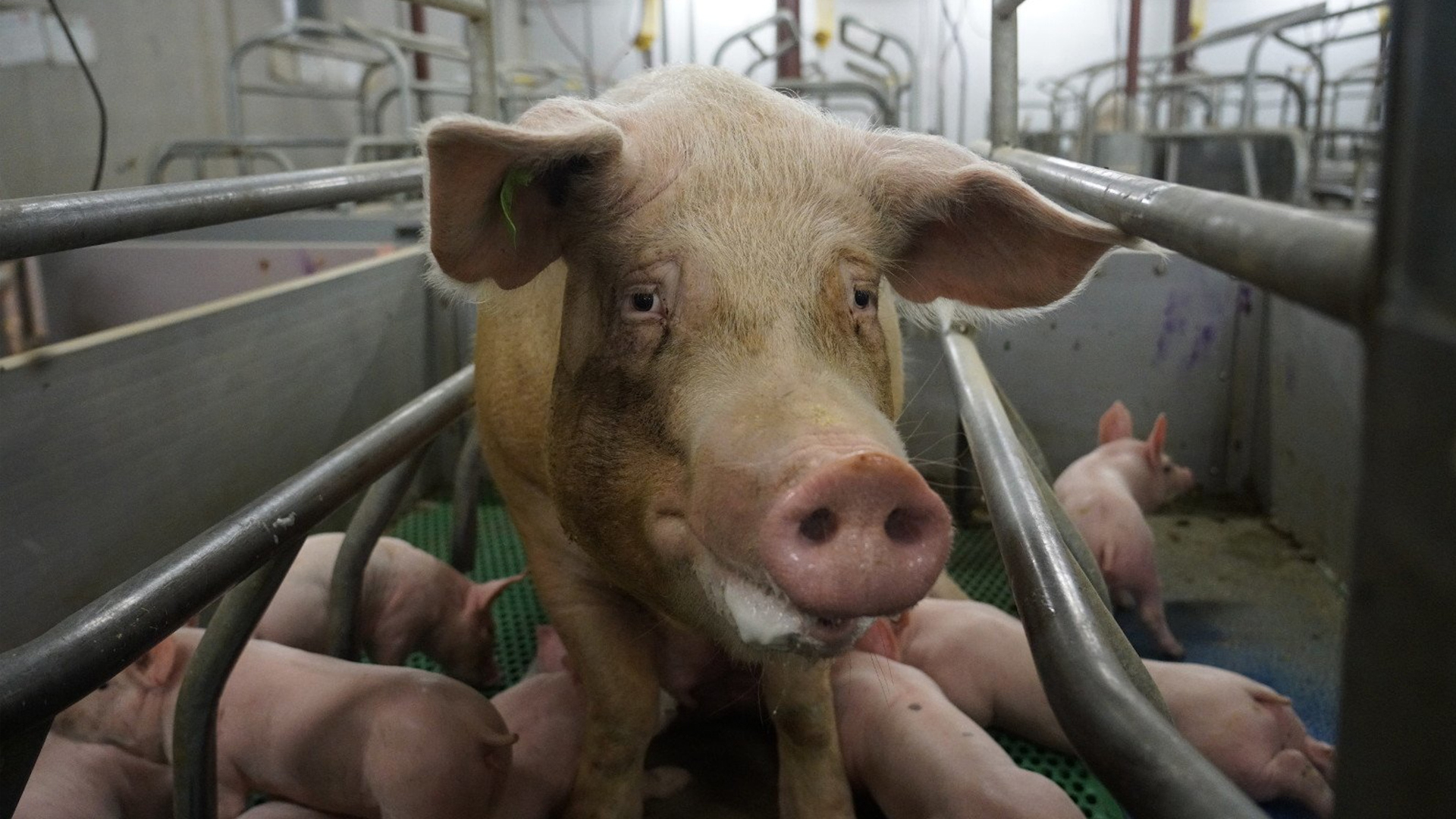 Injured piglets discovered living in terrible conditions and laying rotten next to their mothers in a pig farm in the St. Polten-Land district in Austria. (VGT.at Zenger News)

SANKT PÖLTEN-LAND DISTRICT, Austria — An animal rights group has exposed a pig farm in Austria where pigs can be kept in their feces and give birth to piglets born into hellish conditions.

The gruesome footage was recently shared by the Austrian animal rights group Association Against Animal Factories based in Austria, Vienna.

It was filmed at a pig breeding facility in the St Polten-Land district in the state of Lower Austria, where the group has filed an animal cruelty complaint to the public prosecutor’s office.

The video shows hundreds of adult female pigs called ‘sows’ in cages barely large enough to hold them where they live and give birth to piglets surrounded by their excrement.

Dead piglets can also be seen rotting in harsh conditions, which are later collected by employees and placed in plastic buckets. In contrast, others fight their siblings to gain access to their mother’s breast milk leading to terrible scars on their faces and bodies.

Association Against Animal Factories said there are approximately between 150 and 200 sows kept in the breeding farm only for breeding purposes and lived on slatted floors.

Keeping pigs on slatted floors is against European Union’s regulations. The animals need straw beddings which are essential to prevent joint or claw injuries.

“We are also requesting a ban on fully slatted floors and demanding compulsory straw bedding for the pigs,” said Heidi Lacroix, an activist from Association Against Animal Factories.

The animal rights group said the sows had been given drugs to increase the number of piglets they give birth to, which has led to extreme overcrowding where some animals are barely able to feed.

The animal rights group also said that the piglets are castrated without anesthesia which studies have shown causes acute drama and pain and can trigger infections or discomfort to the pigs.

Piglets also have their tails cut off during a procedure called ‘tail-docking when they are just three or four days old to prevent them from biting each other.

According to the findings by the association, many of the piglets don’t survive the breeding factory. They are left to rot next to their mothers.

“Facilities like this show that, on the one hand, animal cruelty and suffering is legally permitted,” said David Richter, a member of Association Against Animal Factories. “On the other hand, it has been demonstrated here how the already weak animal protection regulations in Austria are shamelessly ignored. We demand effective measures to alleviate the unbearable suffering of the affected animals.”