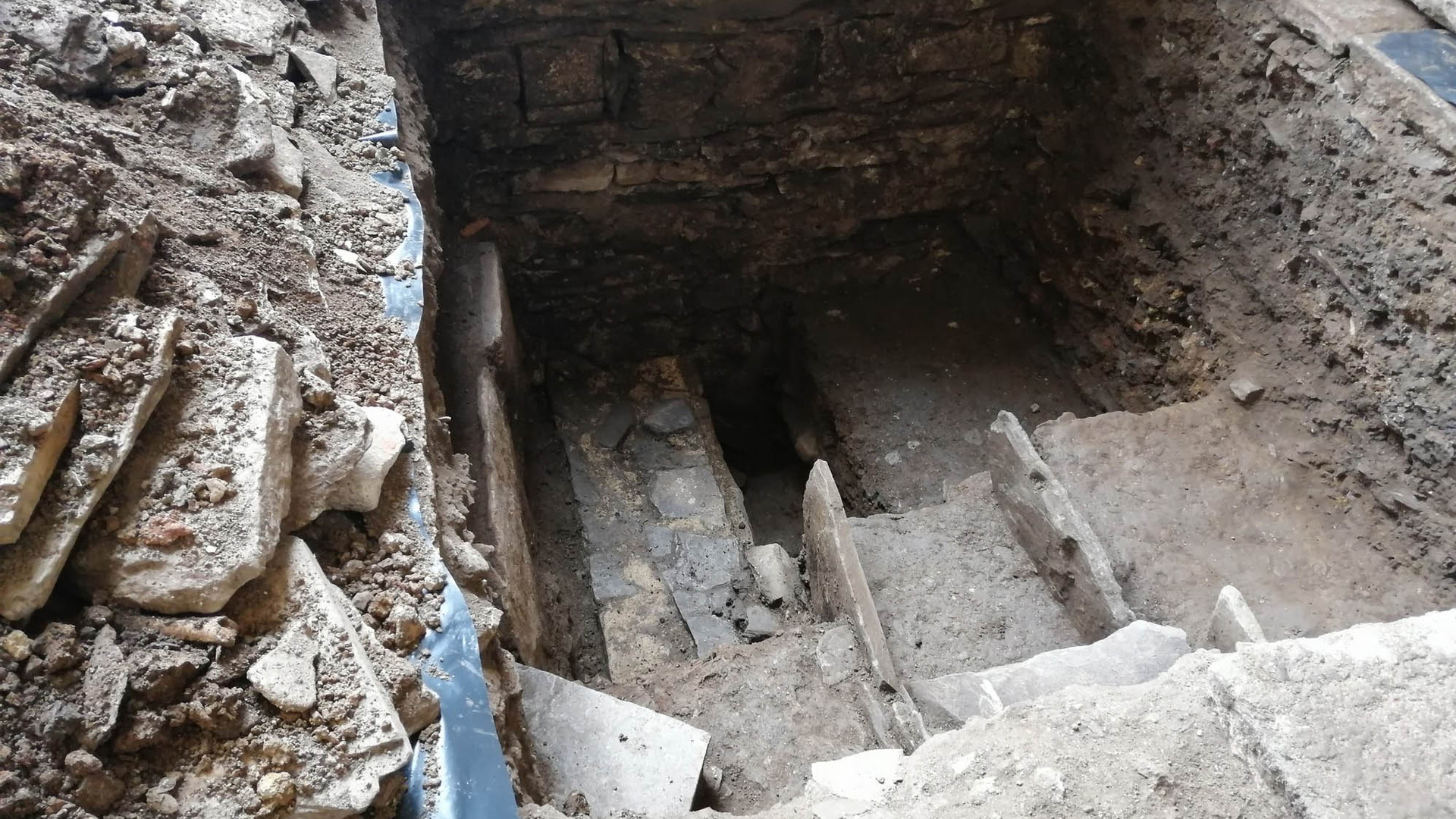 The necropolis was found under the cloister of the Lugo Catheral in Spain. (Xunta Galicia/Zenger News)

LUGO, Spain — A large cemetery dating back about 2,000 years to Roman times has been found under the cloister of the 12th-Century Lugo Cathedral in Spain.

Led by archeologist Celso Rodriguez, three digs took place over an area of 18 square meters, and the results were published by the Xunta de Galicia, the region’s decision-making body.

“See the historical sequence of the cloister,” said Ruben Alvarez Asoray, archeologist and project coordinator. “Learn how the area evolved.”

Experts said the cemetery has elements dating back to the Roman era between the first and fourth centuries AD linked to the urban development of Lugo, previously called Lucus Augusti.

Asoray said Lucus Augusti was one of the most important Roman cities in Galicia.

The remains were located in the western area of the abbey with a low slate wall that could have been part of the sewer system in the Roman city at the time. A different partition from the Middle Ages was found in another part of the abbey, and preliminary research suggests it is part of an earlier structure at the cathedral.

Meanwhile, the most significant discovery was that of a  cemetery with graves dating back to the eleventh and twelfth centuries, with the last remains added in the nineteenth century.

Most graves were rectangular with a slate cover and no bottom, and that they appear to have been Christian burials with the head pointing west and feet to the east and no funerary objects.

Despite the large number of graves found in the cloister, only three bodies have been found.

Asoray said most bodies have probably disappeared entirely due to the humidity and high acidity levels in the soil in Galicia.

Preliminary research on the three remains identified a woman, a child, and the age and gender of the third person, an adult, is currently unclear. As the three remains were found in the same area, the gravesite was reused over time.

The child’s remains were found near one of the two adults’ feet, but the relationship between them is unclear, and the research is ongoing.

Asoray said that the woman probably suffered from severe osteoarthritis as “alterations are seen in her hands and feet, although she may also have had bone cancer, and this will be confirmed with further analysis.”

The woman’s deteriorated teeth indicate that she probably had a diet high in carbohydrates. However, her social status is unclear, and it is believed that she was neither a poor woman nor a member of the upper class.

Lugo Cathedral, one of northwestern Spain’s most important buildings, is included on the famous Camino de Santiago (Way of Saint James) pilgrimage to the apostle Saint James’s shrine Great in the Santiago de Compostela Cathedral in Galicia.