He was the first case of KAT6A diagnosed in the Andalusia region, and only around 20 others suffer from the disease in Spain. 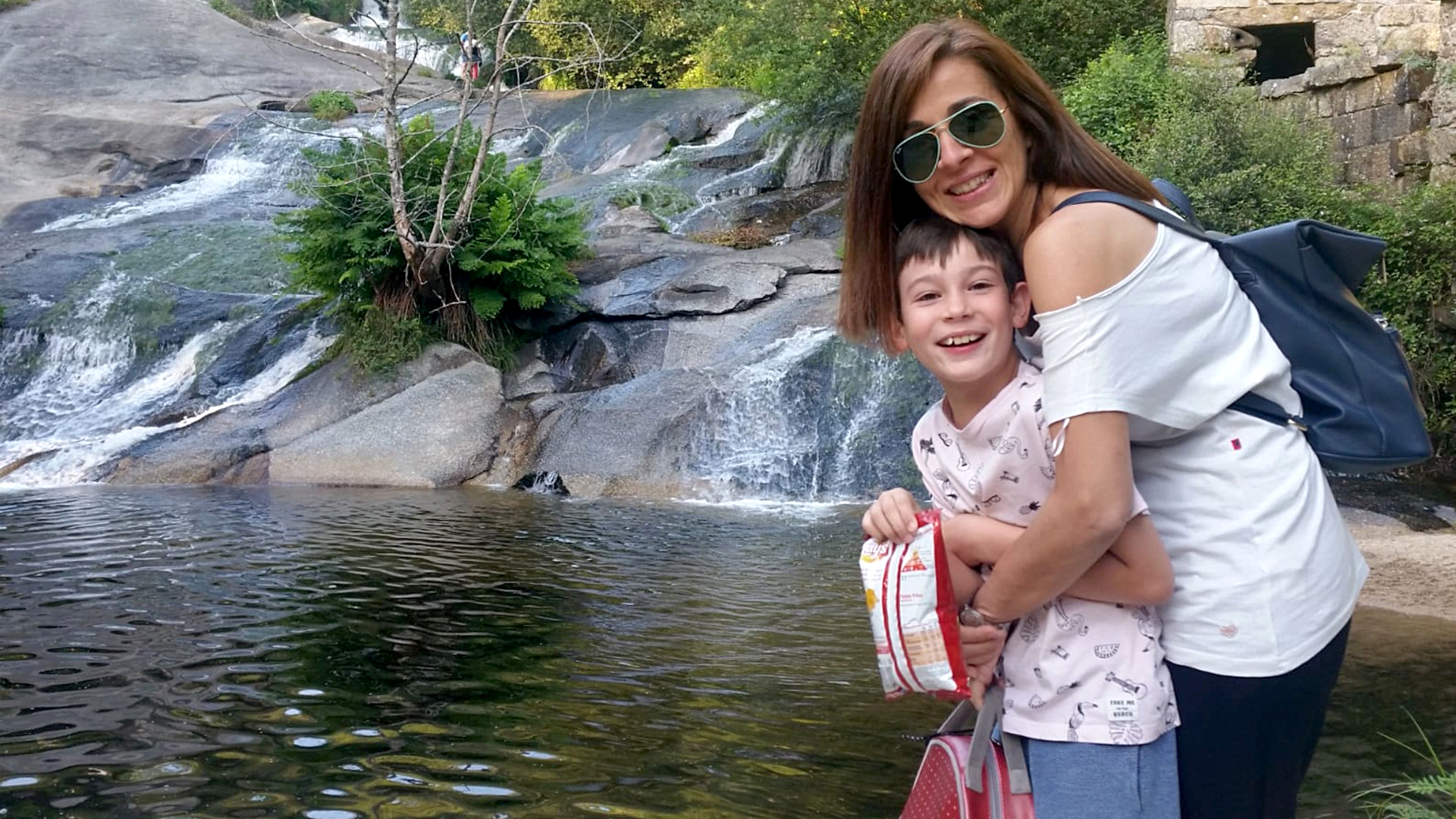 SEVILLE, Spain — The parents of a 10-year-old boy suffering from a rare disease have compared it to going through mourning as they “buried the dream of a healthy son” and woke up to the new reality of the struggle to make his life as usual as possible.

Nico Aquino was born on April 12, 2010, and was diagnosed with K(lysine) acetyltransferase 6A (KAT6A) at eight years of age.

KAT6A is a rare syndrome resulting from a mutation in the gene of the same name and affects only about 250 people in the world. His parents work tirelessly to ease Nico’s suffering and make his life fulfilling, but Covid-19 has made this next to impossible. Nico has not attended school in Utrera, a town in the southern Spanish province of Seville, since pandemic lockdowns started.

Agueda Perez, 44, his mother said that Nico is enrolled in a regular school attended by a special assistant shared across six other classrooms.

“That assistant takes care of him for everything, but my son cannot stand to wear a facemask. The assistant is also busy working in other classrooms – so his health security is not guaranteed, and we decided we could not send him to school,” she said.

Nico was the first case of KAT6A diagnosed in the Andalusia region, and only around 20 others suffer from the disease in Spain.

“It was very hard,” Agueda said of the discovery. “It is like mourning.

“You bury that dreamed-of son and face a new reality.”

She remembered they faced a lot of fear in the beginning because the rare disease had very little research and life expectancy was unclear. “Due to the lack of information, you get even more scared of something happening to him.”

She was forced to leave her job as an administrative assistant in her husband’s business. At the same time, he continued as a freelancer but later established a Super Autenticos to collect money for research into the disease.

The research is being conducted at the Pablo de Olavide University, led by Jose Antonio Sanchez Alcazar, to find personalized treatments for sufferers of mitochondrial diseases. These cellular dysfunctions also affect KAT6A sufferers.

“For the KAT6A collective, this research means hope, knowledge, and improvement in quality of life. A few weeks ago, José Antonio Sánchez allowed all the families to hold a meeting via zoom. In this one, we raised our morale and, most importantly, we were left with a phrase he said: we have a plan! Having a plan is a luxury within the rare diseases, and this implies having a marked route for which to continue fighting”, said Laura María García, president of the KAT6A Association, in a statement.

The project, called Mitocure, needs EUR 126,000 ($149804.55) to continue its research, and Nico’s family is working hard to collect enough funds to continue.

But the coronavirus crisis has taken a significant toll on fundraising, and the research project requires EUR 42,000 ($49926.87) each year to keep running.

Agueda explained that the lockdowns and associated restrictions have meant fundraising events are not possible, “So, we decided to sell bracelets online.”

The first phase of the research project gathers information about the disease has now been finished, and the next step is focused on the search for treatments.

The main hope, explained Agueda, is to improve the quality of life for the kids – an actual cure for KAT6A is still just a pipe dream.

Meanwhile, Nico and his family are trying to live everyday life, and he continues his many therapy sessions.

“He is a cheerful boy,” said his mum. “He loves music, any music, and even learns the lyrics of the songs and sings with his language.”

He also loves dressing up, and his favorite outfit is a Superman cap that goes everywhere with him, she adds. But life is tough when you are disabled, and Nico must learn to navigate a society that is not geared for him.

One example said Agueda, is a new playground installed near to their house. “It includes a swing for disabled kids, but it is very uncomfortable and difficult to use.” This makes it rather pointless.

She said that disabled kids suffer terribly through being rejected by non-disabled kids in all forms of play. Nico suffers less because he can use some playground equipment under supervision, but many other disabled kids do not have that chance.

“We end up dying socially,” she adds with sadness. But at least their research hopes are still alive, and Nico may one day see his quality of life improved thanks to it.