VIDEO: I Only Have Ice For You: Spectacular Mountain Fall Of Snow And Water

Watch the huge flood as it cascades down the slope.
By Feza Uzay April 14, 2021
Facebook
Twitter
Linkedin
Email 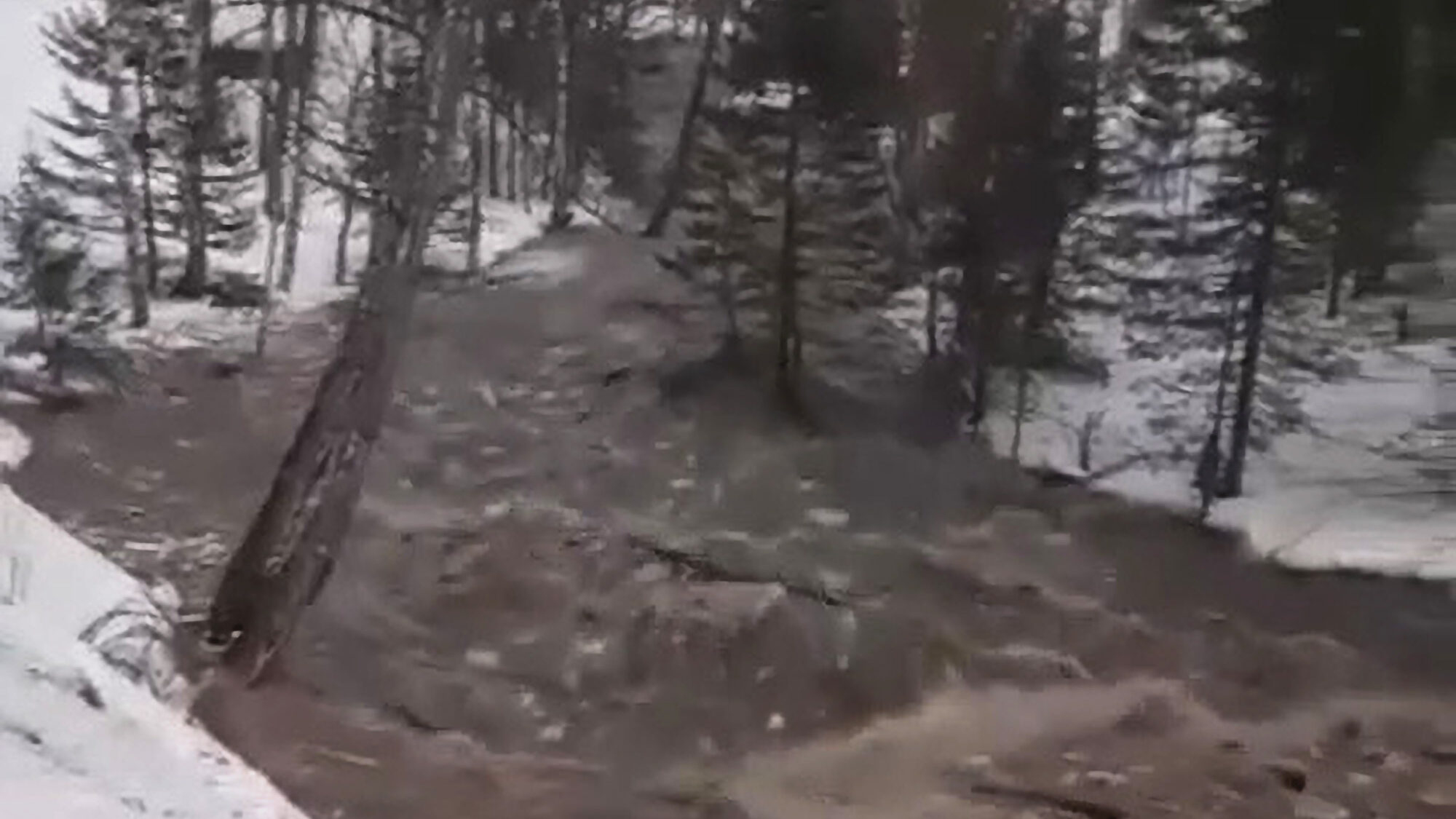 Eyewitnesses filmed a large mass of water burst into the river bed and carry away pieces of ice and logs along with it in the town of Belokurikha in the Russian Federal Subject of Atai Krai, on 8th April. (@kurort22)

This torrent of water carrying chunks of ice and other debris cascaded down the side of a snow-covered Russian mountain, and, though it reached a hotel, no one was injured.

The images of the river were filmed in Belokurikha, in the Russian Federal Subject of Altai Krai on April 8.

A social media group, Resort22 – beloved Belokurikha, on the Russian social network VKontakte shared the video with a note, saying: “The river seemed to burst, a stormy stream of water and snow with logs spinning in it rushed towards the city.”

The first and the third video show the massive flow as it first pours down the mountain and into the river.

The second video was filmed over a bridge in an area called Old Mill. The water in the overflowing river can be seen flowing toward the On Kamushkami hotel.

Anna Nasedkina, an eyewitness who posted the images on a VKontakte page named Our City Zarinsk, described what she saw: “I was walking on the area on my own. I was enjoying the silence and calmness at about eight in the evening. Then I heard a noise, at first coming from a distance. Then it grew and grew and suddenly turned into a roar.

“Later, I saw a stream of water, rushing along the river, carrying huge logs. It was horrific! As if some huge dam had broken.”