The Red Cross said that usually those who take the clothing in this way are people who live on the street. 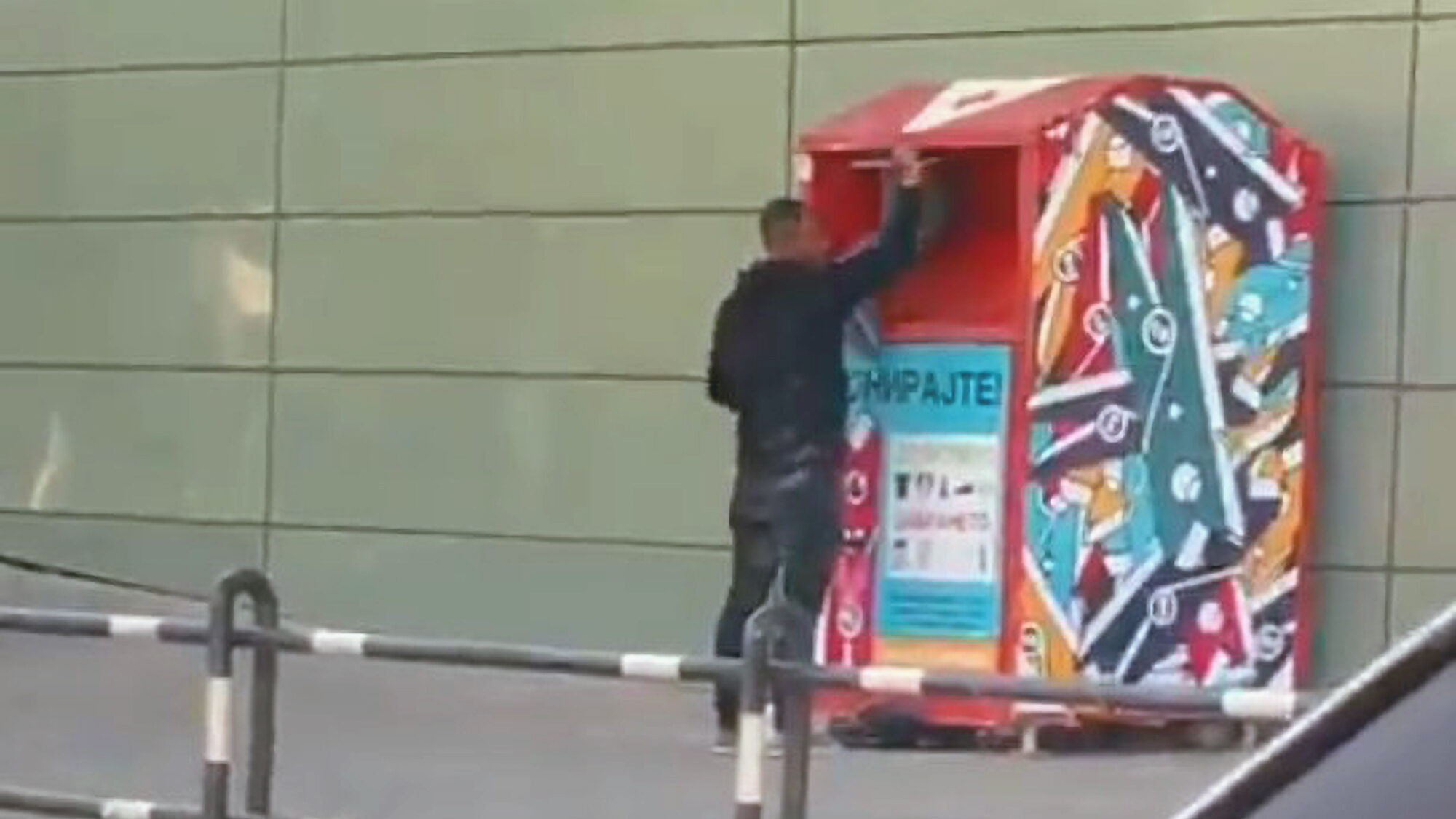 A man helps a boy get inside a donation container. The youngster grabs a bag of belongings and pops back inside, apparently to take more, in Skopje, North Macedonia. (@senadaruc/Real Press)

Video captures a man lifting a boy into a Red Cross donation container outside the Skopje City Mall in North Macedonia, presumably so the youngster can grab bags of clothes.

The Red Cross said that usually the people who take clothing from the bins in this manner are children and adults who are living on the streets.

In the video, which has been widely circulated on social media, the man is seen helping the boy into the opening of the donation bin and then waiting for him to return with a large bag of items.

The man takes the bag and walks over to a fence, where another bag is on the ground, presumably pulled out by the boy as well.

Then the man walks back to the donation bank where the boy disappears again inside, presumably to grab another bag of donated items.

The Red Cross started using the charity collection boxes in 2013. There are eight donation containers fat several locations throughout the city of Skopje.

Annually, more than four tons of clothes are collected in the donationa bins.

The Red Cross of the Republic of North Macedonia told Zenger that the sort of thing seen in the video is happening in all eight locations. The organization is trying to warn people that children can get stuck or hurt while being lowered into a bin.

Many donation containers have a gate mechanism to prevent animals and people from climbing inside. It is possible for people to become trapped since the bins have a mailbox design with an internal flap.

«Previous Post
VIDEO: I Only Have Ice For You: Spectacular Mountain Fall Of Snow And Water »Next Post
VIDEO: Are You Claw This Job Has Prospects?