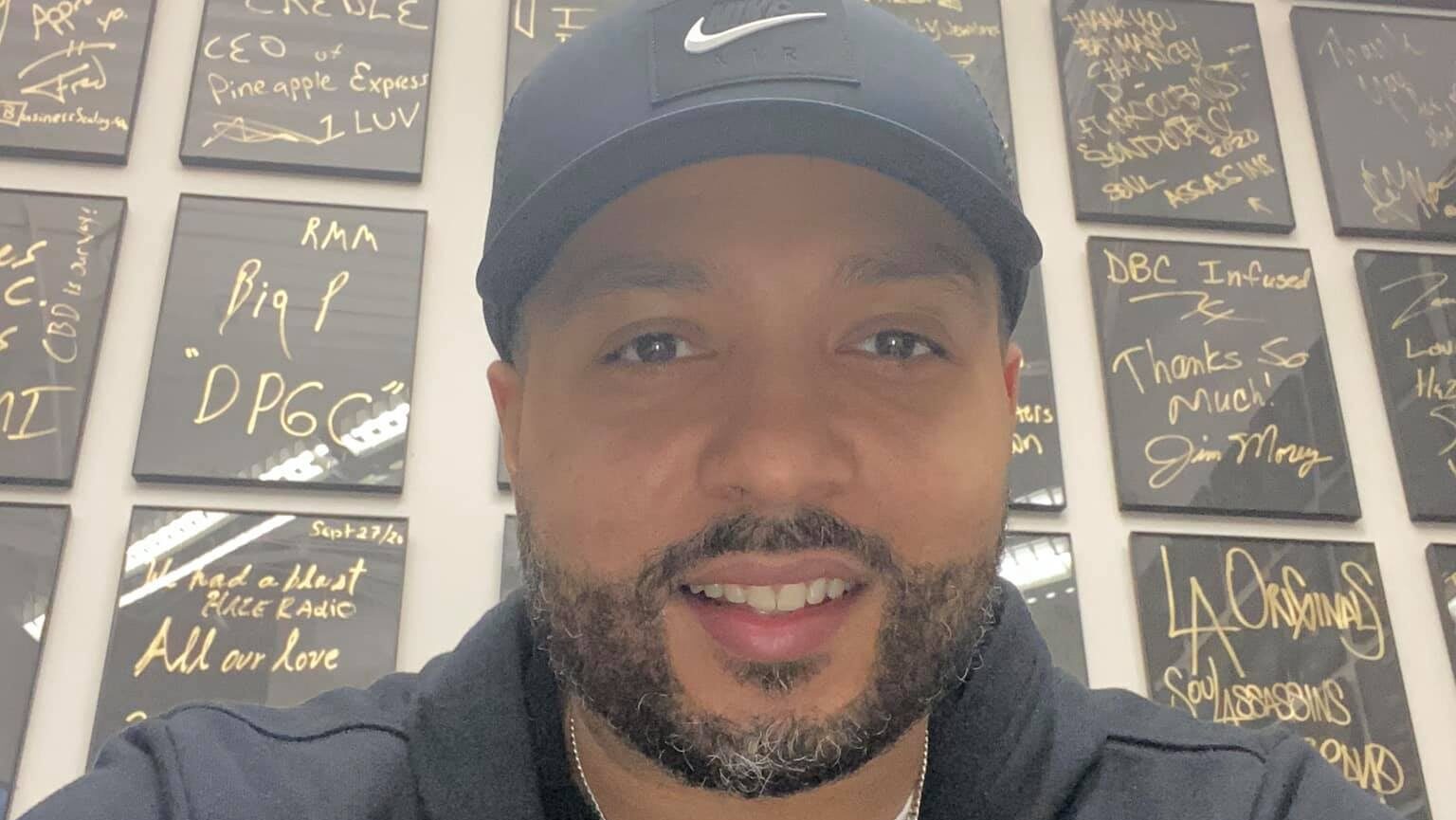 Troy Bly discusses his new business ventures, why he got involved in the Tanner case and much more. (Courtesy of Troy Bly)

Troy Bly, a black business owner, is on the threshold of expanding his empire.

Through his time as a sports manager and filmmaker, he developed ongoing relationships in both industries. Although his new ventures are in different fields, he approaches them with the same vigor.

He is now in the process of locking down major distribution deals to get his “BCB Water” available globally. In addition, he’s secured 52 locations for his “Best Damn Food” franchise.

Zenger News caught up with the busy entrepreneur to discuss his new business ventures, why he got involved in the Tanner case and much more.

Zenger: You have several projects going on. Let’s start with the BCB Water.

Bly: Man, I’m blessed. My whole life is changing in a positive way. Everything I’ve been working hard on is manifesting itself. BCB Water is a little over four years in the works. Just to give a little of back story for BCB: it stands for Black Cannabis Brand. That was my cannabis and CBD company, as well.

There are places where some people are self-conscious about the word cannabis. So, I had to come up with BCB. That was still recognizable and I could brand worldwide without drawing too many red flags, even for banking purposes. I couldn’t have something with Black Cannabis Brand in it because of federal laws. So I was forced to create a sub-brand: BCB.

From there, not only did we have hemp water, but I wanted alkaline water, as well. I deal with athletes and entertainers. I only drink water — I don’t drink alcohol or anything else. I knew the benefits of how big this could get, especially for a black-owned brand. I created Black Cannabis Brand because I wanted to have a premium black-owned cannabis and CBD company black people could be proud of. We only make up about 1 percent of the ownership in the cannabis and hemp space.

Now, we’re able to take something derived from the cannabis world and take the BCB Water mainstream. We’re preparing to be on every shelf in America. You need this level of water in your system. Everyone drinks water; why not have something that’s premium?

Zenger: I’m a Louisiana guy, so food is my thing. What is the “Best Damn Food” franchise?

Bly: We are making history, man. This is something else that I’ve always wanted to be into, the franchise world — something I could expand nationwide or internationally.

Because of COVID, delivery [of food] is up 150 percent in America. Unfortunately, a lot of restaurants run on super-tight margins, and everyone wasn’t able to adapt to switching to delivery. Some of these chains had to close their doors. I saw the opportunity to get into this industry.

I don’t know if you’re familiar with “cloud” or “ghost” kitchens, but that’s what I have right now. Before we were able to flip our first burger, I was able to lock down 52 locations nationwide. I had to build a brand. I said, if we’re going to build something, let’s make it the “Best Damn Food” franchise, because that’s what our goal is to be. By next year, I’m looking to have a 100-plus locations and to keep expanding.

Zenger: Menu wise, what can we expect from Best Damn Food?

Zenger: Whenever you have multiple business starting at once, do you have to decide on a daily basis which gets the most energy. Or, is there a perfect balance?

Bly: You have to be able to compartmentalize. From the time I wake up to the time I go to sleep, I’m working. I love what I do. I’m my own boss, so I’m able to work on all these different things. I could put in two hours on one, close that off, put in another two hours on something else.

Zenger: That’s on the entrepreneur side, but you also played a huge role in getting clemency for boxer, Charles ‘Duke’ Tanner. What about his story made you want to help?

Bly: He was an undefeated champion boxer from my hometown of Gary, Indiana. He was 19-0 before he was sentenced to double life in prison for a non-violent first arrest. The judge threw the book at him. Told him he would never box again. Fast-forward 17 years later, to Oct. 2121, and he was able to get clemency from President Trump.

I dedicated the last five years of my life to getting him free. I actually graduated from high school with his younger sister. “Duke” is a couple of years older than me. He was our Floyd Mayweather Jr. in Gary, Indiana. The whole city watched him grow up from Junior Olympics to turning down the Olympics to go pro. He was the bright spot of the city.

One day he reached out to me from prison, and he was like: “God told me that you were going to be the one to get me out of here. If you take me on as your client, I’ll be the biggest client you’ve ever had.” I was managing athletes at the time. I was mostly working in basketball and getting a lot of clients overseas.

I believed him and every single day we worked toward getting him out. Not only did I become his manager, but during that time, because I was working as a film producer, I started documenting his whole story. We started writing his biopic and fast-forward four-and-a-half years, we shocked the world and got clemency. Everyone thought I was crazy, for one, thinking he was going to get out, and two, thinking we would get clemency from a president who most perceived to possibly be racist.

We shocked the world. We told them it was going to happen. A week before the election, I got the call from the White House and drove with just the clothes on my back and a book bag straight to the airport to go get him.

From there, we probably got another 30-40 million views from all the different videos that were taken of him, capturing him doing reuniting with his son for the first time. He was on every major media outlet almost overnight. It was an amazing experience. He went from prison to dinner at the White House for Christmas.

It was one of the most fulfilling moments of my life because I dedicated my whole life around this, and I’m still processing it at times. And now, he’s getting ready to make the biggest comeback in sports history this September — returning to the ring after 17 years. He’s still undefeated at cruiserweight.

Zenger: Was there any logical explanation given to that harsh sentence he received?

Bly: They used him as an example, because all his codefendants took plea deals. And they tried to set him up and label him as a kingpin. They trumped his charges up, and he went to court and fought. He could’ve gotten 15-20 years, but he fought his case. He exercised his Constitutional rights, and he got a death sentence for it, double life.

The judge told him he would never box again. He lectured him before he gave him a death sentence. A young, bright, shining star like that who has never been in trouble. He had everybody speaking on his behalf, and they threw the book at him. First arrest, first mugshot, first everything. Didn’t even have any physical drugs on him. A conspiracy, but when you fight the U.S. government, that’s what happens. He lost.

Zenger: Troy, congratulations on everything, brother. I look forward to bigger and better things from you.