Show Me The Money: ZeroGap President Creates Strategies For Women To Earn Their Worth 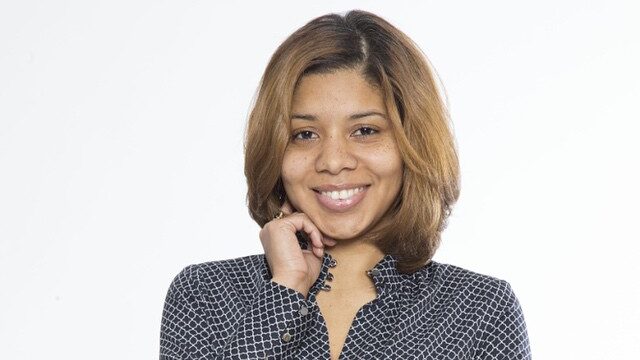 The gender wars aren’t over.

Women still lag behind men when it comes to negotiating for comparable wages. That is a battle that ZeroGap founder Jacqueline Twillie has been fighting since founding her consulting company in 2015.

Although there has been progress, Twillie says statistics show COVID-19 set back much of the momentum.

Bridging the gender wage gap is imperative for women and minorities moving forward, and Twillie has been fully invested in the fight. The Amazon best-selling author is a master negotiator and leadership strategist.

Her emphasis is twofold: helping women feel empowered at the negotiating table and getting them understand and get their worth. Twillie is also working on a black women’s leadership retreat to be held in South Carolina in September.

Changing the mindset of women in male-dominated industries is the mission of ZeroGap, which continues to lead the charge for equal and comparable pay for women and minorities.

The ZeroGap leader gives Zenger News some staggering statistics on pay differential among gender and race, explains why COVID-19 affected women in the workforce more than men and offers solutions to avoid “leaving money on the table.”

Zenger: You’re always in the fight for increasing women’s pay and ensuring they receive pay equal or comparable to what men make. Do you feel progress is being made?

Twillie: I do and I don’t. That’s a really complicated question, because if you look at the overall stats of what COVID has done to women in the workplace, some statistics are saying it set us back 20 years from denting the wage gap. Where I see progress: Many of the women I work with directly have doubled their salaries. They go from under-earning to earning six figures. So, I see some promising developments, but I keep my eye on the big picture. There’s still a lot of work to be done.

Zenger: One promising component is a lot of “firsts” for women, especially women of color.

Twillie: Yes! That’s definitely wrapped into what I do, because the way I fight the gender-wage gap is two ways: through negotiation and leadership development. To see a lot of “firsts” is very encouraging, but it’s bittersweet. It’s 2021 and there is a long list of firsts. It’s intertwined, but when there is more representation, then decisions get to get made on a different level. That’s what I’m most encouraged about.

Zenger: Why do you feel COVID set women back in particular?

Twillie: Women were forced to make a lot of tough decisions with schools and daycare being closed. They couldn’t stay at home, teach kids and work, while taking care of sick family members. Tough decisions had to be made, and a lot of the data shows that women left the workforce. When it comes to COVID’s impact, it will take us a bit longer to see the full picture. But in the short-term, it definitely set women back.

Zenger: You zero in on the art of negotiation. Not accepting what you’re being offered because of gender. That’s really where you excel, right?

Twillie: Yes! It’s critically important. I teach negotiation through what I call the LATTE framework: (L — Look at the details; A — Anticipate challenges; T — Think about the walk away points; T — Talk it through; and E — Evaluate options).

The last step is particularly important. You have a different vibe about yourself when you look at it and say: “Well, I have other options. I’m not going to take this.”

Zenger: Your best-selling book and life slogan is: “Don’t leave money on the table.” That essentially comes down to knowing your worth. Is that an accurate assessment?

Twillie: Absolutely! What I find with women, when it comes to negotiations, is our society has taught us to be really humble and super grateful. Which are great characteristics, but it can be detrimental. In many cases, when women get a job offer, it’s more like, “Oh, I’m so lucky you picked me,” not realizing they have skills that are extremely valuable to the company. You are less likely to get the full package. That graciousness turns into a disability when it comes to negotiating.

Zenger: How do you advise avoiding that pitfall?

Twillie: I tell women to recognize the value you have, and do your homework, so you’re not leaving money on the table. There are stats that show women who don’t negotiate starting with their first job offer, they lose over a half-a-million dollars over the course of their career, since your raises are a percentage of your base salary.

I tell women, if you’re really nervous, and you forget everything else, when you get that offer, just say, “Thanks, I want to have a chance to think it over.” Then say: “All right, I’ve reviewed everything, is this the best we can do?” That puts you in a stronger position to not leave money on the table.

Zenger: What is the average pay differential from men to women?

Zenger: So not only bridging the gender gap, but the minority gap needs a lot of work, too.

Twillie: Absolutely! I don’t have stats for men of different ethnic backgrounds, but I dare say from what I’ve seen in the past, men of color have these same challenges. When I talk about the wage gap, I like to emphasize that women of color and various backgrounds have a different battle to fight.

Zenger: What is the biggest obstacle moving forward to right these wrongs?

Twillie: One of the best steps is to view a negotiation as a conversation, not a battle. When you can look at it through that lens, you might not get it right the first time, but if your mindset is, “I will continually get better,” you will become a stronger negotiator. And you will leave less and less money on the table.

Zenger: What can we expect from you in the near future?

Twillie: You’re the first person I am sharing this with publicly: I’m launching a black women’s leadership retreat. It’s going to be in September. We are in the process of signing the contract with the venue now. It will be in South Carolina. It is one of the top-tier leadership retreats for black women. I’m proud to host that with my company, ZeroGap. Registration will be rolling out soon.