As an immigrant from Ethiopia who first settled in Los Angeles, Steve Kalifa has turned every setback into a setup.
By Kevin Michael Briscoe April 14, 2021
Facebook
Twitter
Linkedin
Email 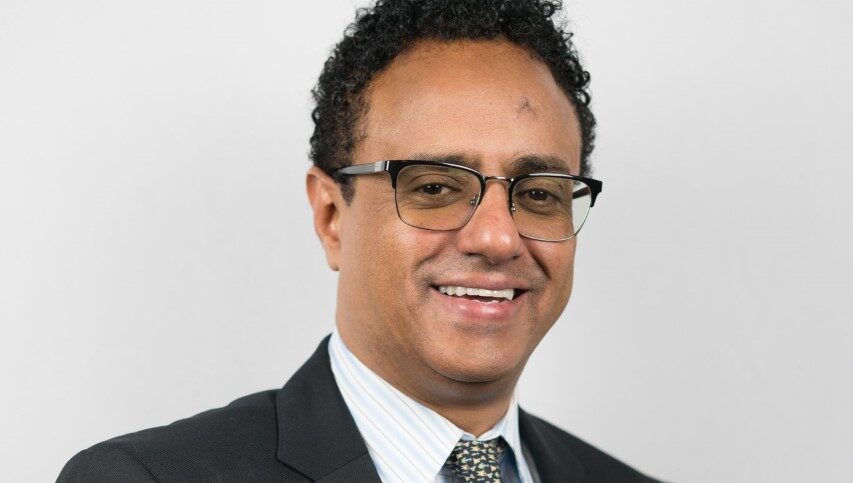 Yimaj “Steve” Kalifa shares with Zenger readers his five lessons that have made him successful in business and life. (Photo courtesy of Yimaj Khalifa)

Yimaj “Steve” Kalifa has mastered the art of reinvention – and, he has been so successful at it, that executives from major corporations and federal agencies now seek him out for advice. Often life has chapters, he likes to say, but sometimes you have to write whole new books to succeed.

Growing up near Addis Ababa, Ethiopia, Kalifa’s first reinvention was realizing the power of context and environment. He had to near the center of the global economy, where his outsider status would let him see new opportunities that U.S. natives and industry veterans might overlook. So, 30 years ago, he moved to Los Angeles.

He soon spotted Rap Pages magazine. It was owned by adult-entertainment mogul Larry Flynt. But dropping advertising revenue and dwindling profits in 1999 made Flynt willing to listen to an offer to sell.

Khalifa bought the ailing magazine and turned it around, trimming costs and improving the product. But competition was fierce. Vibe, Source and XXL were fighting with Rap Pages for the same scoops and the same celebrity photo shoots. Within a few years, Khalifa knew he had to shutter the publication and find something new.

Thanks to his exentensive networking, he soon met three Los Angeles-based doctors who ran a small healthcare company. He offered to help them open new branches. Soon, he was crisscrossing the country, learning new markets and navigating new regulations. As he grew this company to a $300 million industry behemoth, he soon recognized that an empire of his own was within grasp; it would just take a combination of cash and opportunity.

He had the cash, and the right opportunity came his way during a sales call in north-central Pennsylvania. “On one trip, I went to Allentown, Penn., where the property owner offered to sell me the whole building for $30,000,” Kalifa said. “Coming from L.A., that was a great price. That was the first property I purchased. But, from that point, in every state that I purchased a property, I leased it back to the three doctors. It was a lot of work starting out on my own, but that was the start of Capital View General Construction Inc.”

He also operates Capitol Medical Supply Inc., a durable medical equipment firm in Washington, D.C., and Source Cuisine, which outbid the former owner of Taylor Gourmet in a 2019 bankruptcy auction to reopen four locations of the popular D.C. sandwich shop.

But like many entrepreneurs, Kalifa has suffered his share of setbacks. He was outbid in 2017 by venture capitalist and sports franchise owner Mark Ein in an attempt to purchase Washington City Paper, a weekly alternative newspaper. Even now, Taylor Gourmet, like most eateries, is suffering the ravages of the coronavirus pandemic, struggling to make payroll while turning a diminishing profit.

At the end of the day, Kalifa has turned every setback into a setup, gaining a perspective that guides his everyday stewardship of his portfolio. In his own words (with a gentle edit for clarity), he shares the five lessons that have kept him in business for the last 30 years:

“I’ve learned the importance of working hard and giving my best efforts to every task I take on. Even if I’m not successful, just knowing I gave it my best shot allows me to accept the outcome and be satisfied because I know I tried my hardest,” Kalifa said.

Experience — good or bad — is a good thing

“From start-up ventures to companies in publishing, high tech, banking, construction and healthcare, I have acquired many businesses over the last 30 years. Some have been successful, some not so much. But all experiences have prepared me better for the next acquisition or startup. All experiences are useful, no matter what they are,” he said.

“Being the head of multiple companies has taught me the importance of being dependable in all aspects. Trust, reliability and sticking to your word are traits that can’t be bought and that show a person’s true character. Your reputation precedes you in the business world, so it’s important to use these traits and apply them to not only business situations, but also generally in life,” he said.

Have a goal and take risks

“It’s important to have a detailed plan to get to your goals, but I wouldn’t be where I am today if I hadn’t stepped away from my original plan and taken risks outside of my comfort zone. However, it’s important to not take these risks blindly; you should always weigh out your options. It’s challenging, but without it, we wouldn’t reach new levels,” he said.

“Many often dismiss certain opportunities as ‘too big.’ But, you never know if this opportunity will be the one to change your life or lead you to a more successful path. Don’t be afraid of failure,” Kalifa concluded.