The natural ingredients modify the tortillas’ flavor and broaden the taste of the food they complement. 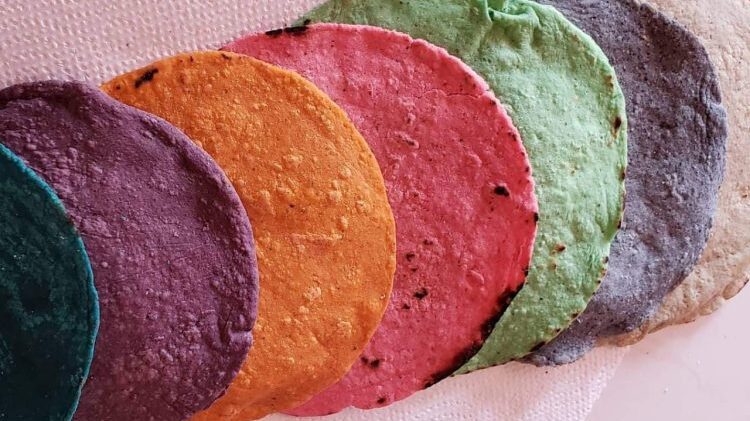 The corn tortilla is Mexican cuisine’s perfect side dish. It is also part of the pre-Colombian heritage that has survived to this day. It serves as the icon that represents Mexico in all corners of the world.

Although versatile, abundant and easily recognizable, the yellow corn tortilla is not the only one. The tortilla color may change, depending on the nixtamalization process, in which corn is cooked with lime. If people add ingredients other than corn, it may give a fantastic range of colors.

“There are black and blue tortillas, although those are more common in small towns and traditional restaurants,” said Martín Zamudio, a chef who graduated from the Universidad Mexicana. “Nowadays, chain restaurants like El Portón or Vips serve red, green, or even orange tortilla chips as an appetizer.”

Despite their outlandish color, these tortillas do not have any chemical coloring added to them. For example, blue tortillas have white corn and blue corn, a type of corn that grows in the valleys of the Mexican states of Puebla, Tlaxcala, Mexico, and Hidalgo.

Other colors result from the adding of different plants to the dough.

Further, the natural ingredients also modify the tortillas’ flavor and broaden the palate of the food they accompany.

“Black tortilla comes from ground beans and salt. The orange ones, from ground guajillo pepper, while those that are even more yellow than normal have ground squash blossom in them,” said Zamudio. “There exists a variation to the color tortillas. If someone attaches an epazote leaf or a squash blossom to the white dough and then cooks it, it would result in a tortilla with different shapes imprinted in its body.”

“Colorful tortillas are just one reflection of what being a Mexican means. They reflect Mexico’s idiosyncrasy,” said Horacio Barradas, a sociologist from the Universidad Veracruzana. “A Mexican’s happiness is reflected in their food. And the quintessential Mexican food item is tortillas. They are part of our culture.”

«Previous Post
Craft Beers: Quenching Mexico’s Thirst Since 1542»Next Post
Show Me The Money: ZeroGap President Creates Strategies For Women To Earn Their Worth