Young penguins are being washed up on Victorian beaches. 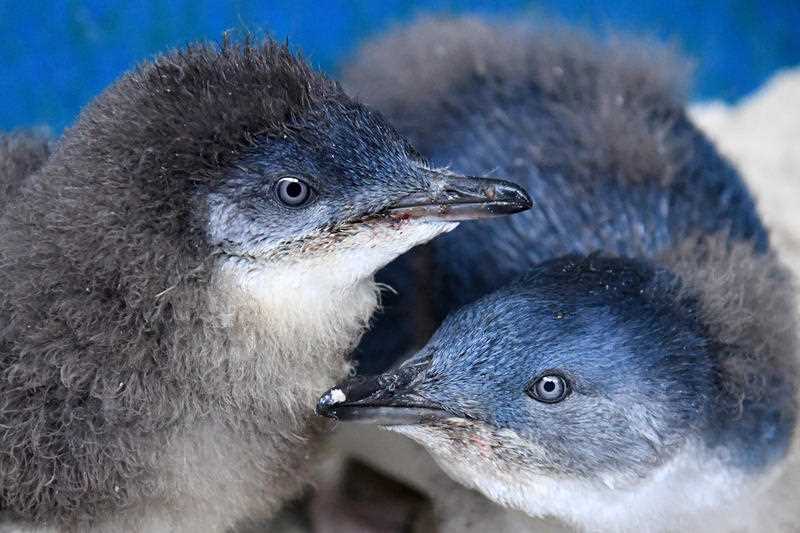 oung penguins have been struggling to cope with wild weather on the Victorian coast. (AAP Image/Joe Castro)

PORT PHILLIP CITY, Australia — Young penguins have been suffering in the southeastern Australian state of Victoria due to the wild weather over the weekend. The state has urged beach walkers to lend a hand to save their lives.

The Animalia Wildlife Shelter at the bayside suburb of Melbourne’s city, Frankston, has asked people to keep an eye out for exhausted penguins along their local beaches.

“Bodies of young penguins have been washed up in Port Phillip Bay and along the Victorian coast,” Michelle Thomas, wildlife carer, said. “The young penguins are 16-20 weeks old and haven’t learned how to fend for themselves.”

Usually, penguins learn how to fish by watching other penguins, but that hasn’t been possible in the rough seas, and some have died of starvation.

“They’re not taught how to fish by their parents. One day mum and dad don’t come back to the burrow,” Thomas said.

“They decide to take a walk in the direction that mum and dad went off. Then they get themselves out to sea, and they’ve got to work it out for themselves — they do that by observation.”

Unfortunately, with those tumultuous seas, the penguins can’t see what is going on, and often they pull themselves out on any beach, leading to their sudden deaths.

Hence, to help these penguins, Thomas advises anyone who finds a beached penguin to put it in a box, cover the bird with a blanket and go to the nearest wildlife shelter.

A week after balmy Easter holiday weather, much of Victoria was hit with a cold snap, and snow fell in some parts of the state.

As per a report by Penguins International, there are many threats that penguins face. From consuming toxic plastics to climate change, these animals suffer daily.

The plastics found in the ocean are affecting about 186 different seabird species, which includes penguins. The ingestion and entanglement are the two ways that affect the penguins.

The next major threat faced by penguins is climate change. The increased snowfall as a result of warmer conditions is contributing to the mortality rate of the species. As per the World Economic Forum, the penguin population has gone down to 77 percent on Antarctica islands in 50 years.

The population of Antarctic penguins has plummeted as a less-fussy species has prospered, which shows closely related species respond differently to climate change.

Chinstrap and Gentoo penguins share a habitat and a taste for the Antarctic krill. However, over the past 40 years, warming water and decreasing sea ice has made krill scarce.