VIDEO: Waddle We Do Now? New Family Of Rescued Penguins Released Back Into The Wild

Solo birds that bonded after four months together in recovery are released to the sea to start a new community.
By Ana Lacasa April 13, 2021
Facebook
Twitter
Linkedin
Email 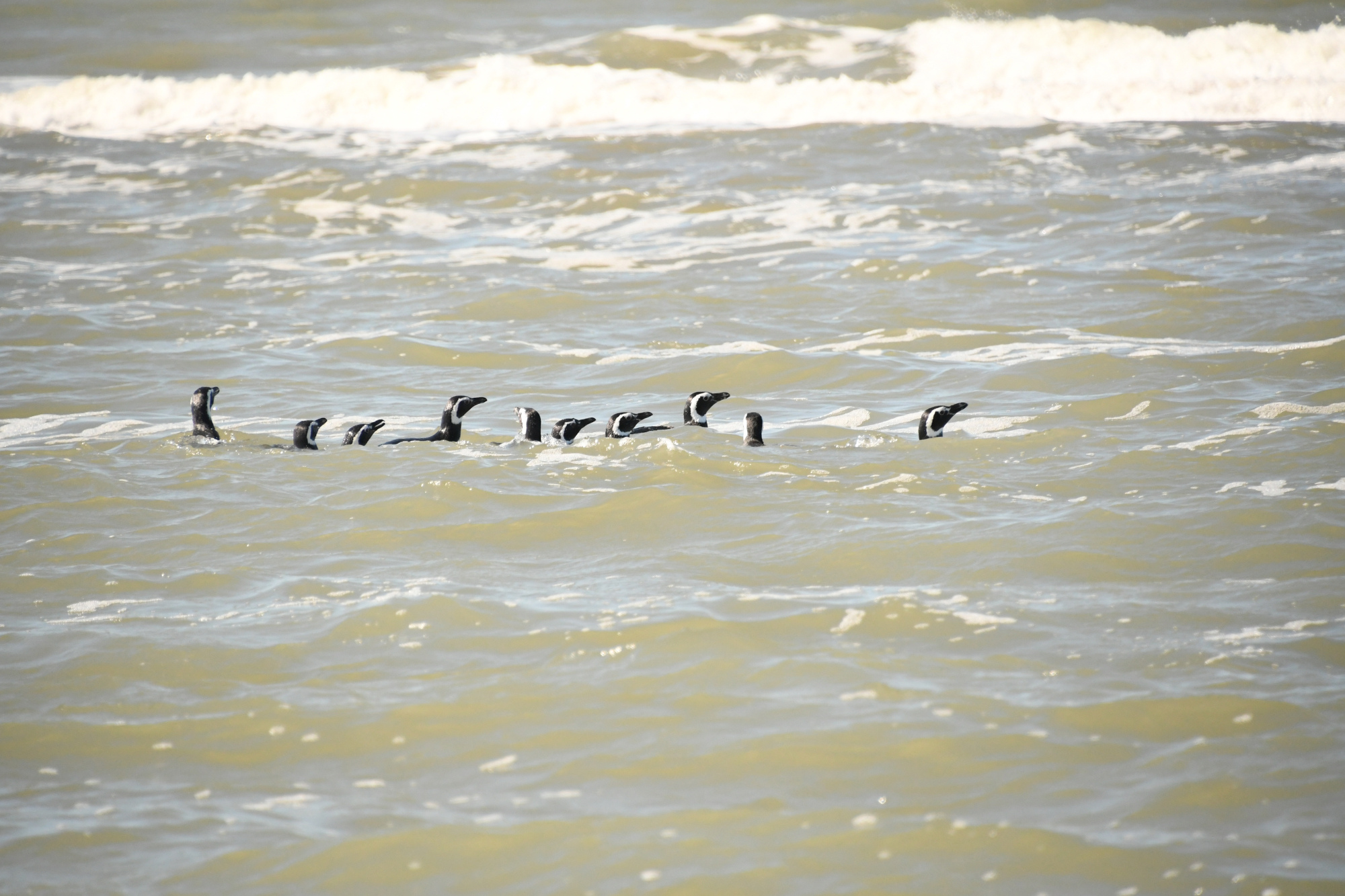 The 12 penguins were released to the sea in San Clemente del Tuyu, Argentina, in April 2021. (Fundacion Mundo Marino/Real Press)

Twelve Magellanic penguins that were rescued in bad health on the Atlantic coast of Argentina have been released after being brought together to form a waddle that will most likely stay together after bonding during the recovery process.

The Magellanic penguins (Spheniscus magellanicus) were released on the beach of San Clemente del Tuyu, in the eastern Argentina province of Buenos Aires, on April 7.

They spent four months in recovery after they were found at different parts of the coast between November 2020 and March 2021.

The penguins reportedly were suffering from malnutrition, dehydration, anemia, parasites and hypothermia.

The rest of the penguins were attended by the foundation Mundo Marino after they were found by tourists on the beach.

All the animals were carried to Mundo Marino facilities because they need to be in a group to be released.

Sergio Rodriguez Heredia, a biologist in charge of the rescue and rehabilitation center of Mundo Marino, said in a statement that “those animals spend most part of their lives in the water looking for food, so it is not a good sign to find them on our beaches.”

“We have seen, year after year, that they arrived at the beach malnourished, with anemia and with hypothermia, which is described by Brazilian colleagues as stranded penguin syndrome.”

The biologist said that “during the migration process, for unknown reasons, they are not finding enough food, and they are seen starving stranded in the beach. If they are not attended, it is difficult for them to survive.”

Juan Pablo Loureiro, a veterinarian and technical director of Mundo Marino, said that “penguins do not suffer from dehydration through the water in a direct way, but through the solid food they commonly eat. So if there is a lack of food, the dehydration process starts.”

The penguins were treated first for the dehydration symptoms, “with water and with vitamins, and then, gradually, they were offered a liquid formula fish until they can finally tolerate whole fish,” the veterinarian said.

Rodriguez Heredia said that some of the animals had problems with their plumage, which helps them keep the proper temperature to be in the sea, but that with a proper diet “we managed to get a good weight so they could be released.”

The penguins also had parasites removed and had blood tests done.

Jenifer Pezo and Cecilia Prieto from the foundation Ecological Pinamar, said in a statement that “if a penguin is found in a beach, they should be rescued no matter what.”

Mundo Marino said in a press statement that the penguins have sociable behavior and cannot be released individually, so it is important to wait until there is a group with a minimum number.

Mariano Boccazzi, president of the cooperative Reciclando Vidas, said that “this image of the penguins being released in the sea will stay in my memory forever.”

Boccazzi asked citizens to be aware of the damage of throwing away plastics and bags, asking them to reduce the use of plastic in order to maintain the welfare of marine fauna and the marine ecosystem.

Magellanic penguins are considered a species of least concern by the Red List of the International Union for the Conservation of Nature. They live along the whole South American coast, not only in Argentina and Patagonia, but also in southern Chile.

Their breeding cycle takes place between September and March and after that, the penguins change plumage and start the migration trip between the end of March and the beginning of April. They may even reach Rio de Janeiro, Brazil.

During the yearly trip of around six months, they may travel for as much as 3,100 miles.