Founded 30 years ago, the sanctuary is a home for women escaping domestic violence, rape and forced marriages. 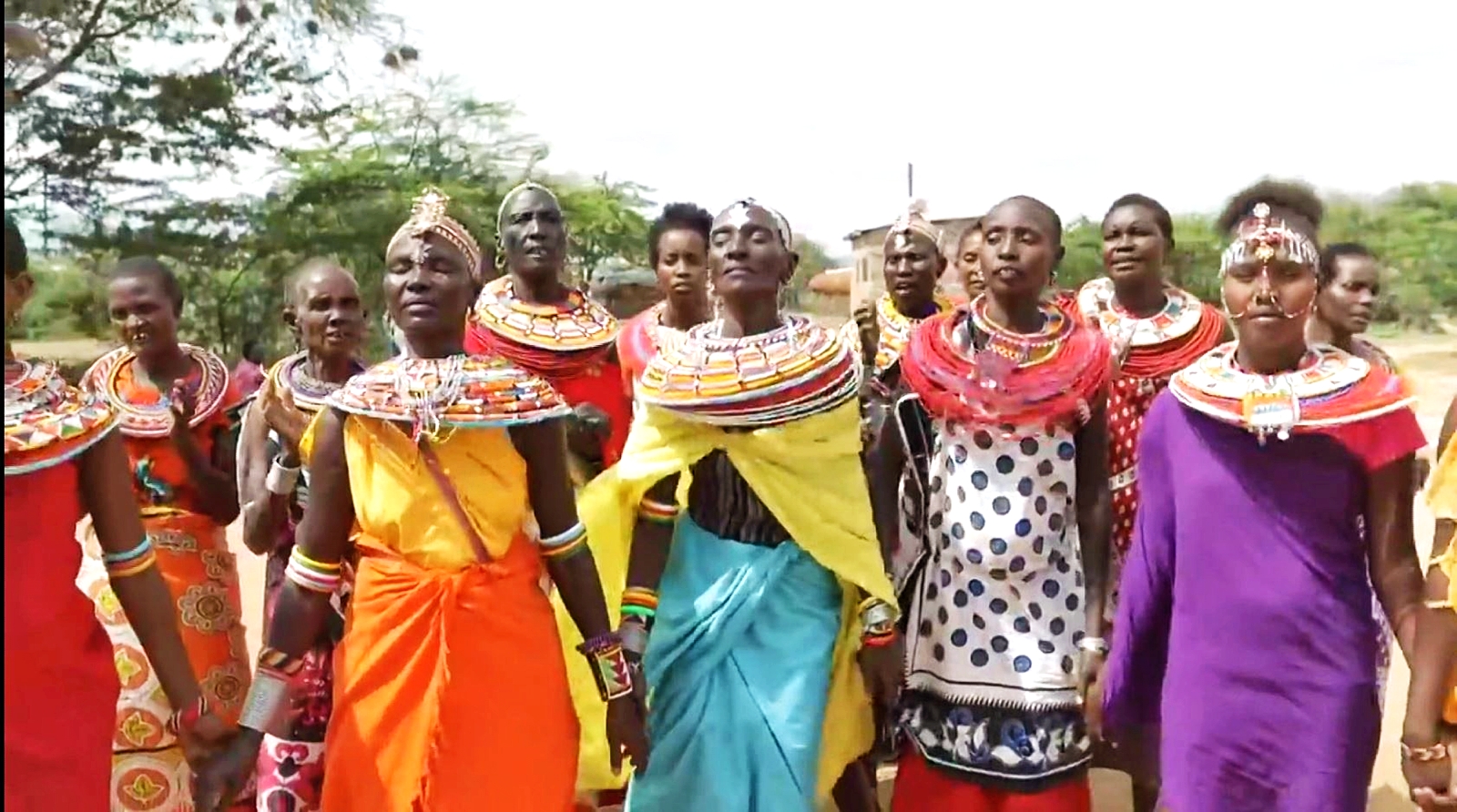 Women in Umoja dance to a Samburu traditional song. (Keit Silale)
SAMBURU, Kenya — Hundreds of women assigned a subordinate position in the Samburu tribe in Northern Kenya have found new life and hope for the future in a sanctuary village, where no men are allowed to live.
Umoja, which means “unity” in Swahili, was established in 1990 by women’s rights advocate Rebecca Lolosoli, who was beaten by a group of men and banned from her community for speaking out against female genital mutilation.
In Samburu, women have been traditionally subjected to such mutilation, forced marriages, domestic violence and rape. “The women of this village are very exceptional and brave to stand up for themselves and shape the world,” said Everline Barasa, a gender specialist in Kenya.
“The idea of this village proves how women can come together to end cases of violence against women, which has been increased by COVID-19. Unity is important for women.”

Observers say the village has played a major role in changing the narrative of women remaining silent when their rights are violated.

The village of Umoja, about 207 miles (333 kilometers) from the capital Nairobi, sits where the road ends in a desert, near a training camp known as Archer’s Post, once used by British soldiers.

“I, together with another 15 women, we fled our village after being raped by British soldiers,” said Lolosoli. “After the rape incident, our husbands tried to kill us for dishonoring our families, blaming us for the happenings.”

The village has since developed as a sanctuary for women escaping violence and young girls fleeing forced marriages. It offers shelter, safety and a means of livelihood.

Jane Ntipaiyo is among those who has found solace in the village for almost a decade.

“My husband used to assault me,” she said. “He took all the animals we had and refused to feed our children. But one day I decided to leave and start a new peaceful life. ”

In Samburu, women are not allowed to own livestock or land, and they are considered to be the property of their husbands.

At the village, which has now become a tourist attraction, the women sell beadwork jewelry — their main source of income.

“We work hard to ensure our children are fine and have all the basic needs,” said Lolosoli.

Women who wish to return to their matrimonial home or who want to get married are allowed to leave. However, they are advised by the elders in the village to ensure they protect their rights.

Men are allowed to visit the village, but they are not allowed to live there.

An article in the U.S. journal Wilson Quarterly in 2015 stated: “Until recently, most Kenyan women accepted their fates with silence, unable to fight the power of the patriarchy. Now, more women are finally striking back by striking out on their own.”

Still, some men in the nearby villages call the women of Umoja “radical” and “cultural traitors.”

“Women going against our culture becomes traitors of the community,” said Aurum Aleper. “I don’t value such characters because they are pretending to be living without men.”

The COVID-19 pandemic has exacerbated the risk of gender-based violence, according to a report by Human Rights Watch.

“The Kenya government has adopted strict measures to counter the spread of the COVID-19 virus. But these measures, as necessary as they are, are having particular impact on women and girls, including elevating the risk of gender-based violence,” the report states.