Popcorn With Zenger: ‘Concrete Cowboy’ Is Two Must-See Stories In One

Based on the novel “Ghetto Cowboy,” this powerful coming-of-age story on Netflix also features a history lesson few know about. 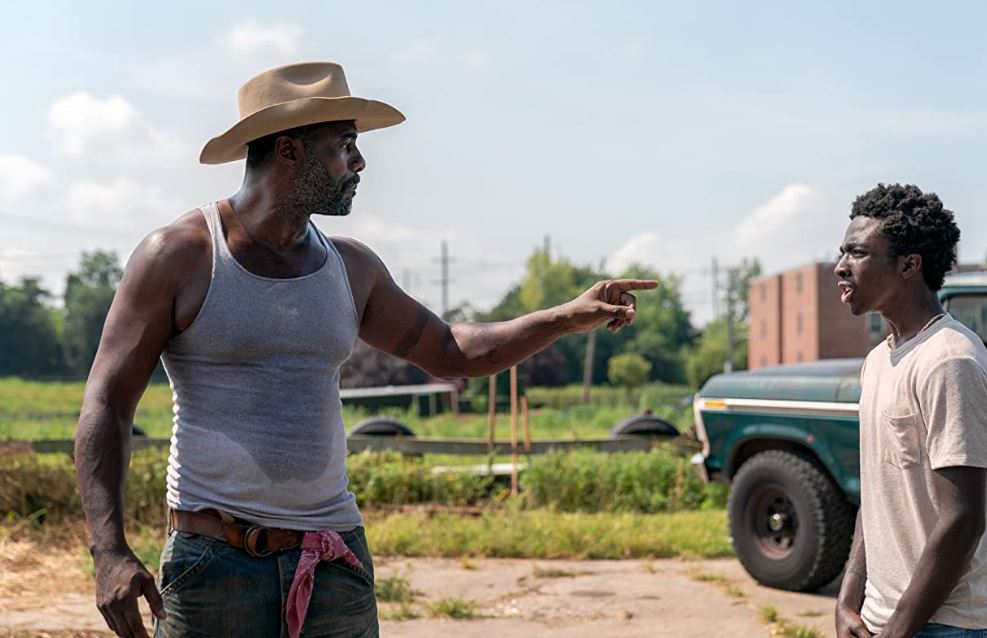 The home of such titles as “Tiger King,” the streaming service has gained the reputation of a quantity-over-quality platform, but it has accomplished something special with its latest film.

The mythos of American cowboys is typically not associated with members of the black community. This disconnect with American audiences motivated English actor and producer Idris Elba to bring this untold story to life.

During the promotional tour for the film — which debuted earlier this month on Netflix — Elba stated how a story about an equestrian community in a majority-black neighborhood in Philadelphia touched him personally.

Under the direction of writer/director Ricky Staub, the film expresses the importance of family. Here we have a troubled youth story that offers a vastly different option as a way out of inner-city violence.

The Story: Based on the novel “Ghetto Cowboy,” this movie is about a young teen named Cole (Caleb McLaughlin) who has gotten kicked out of yet another high school due to fighting. Cole’s mother (Liz Priestley) decides she has had enough and drops him off with his estranged father Harp (Elba). Unwillingly to stay under his father’s roof, Cole flirts with life on the streets until he discovers that his father runs a small community that cares for and rides horses in inner-city Philadelphia.

The father and son’s relationship begins to mend through a mutual bond over the horses, but trouble for both men begins to mount. With the dangers of street life beginning to catch up with Cole, the possibility that 80-plus years of history might be shut down under the boot of the state caused enormous pressure for Harp. The two realize they need each other to prevent their lives from quickly falling apart.

Bright Spots: While the story of black youth growing up in a rough neighborhood is far from an original film concept, “Concrete Cowboy” separates itself from the pack with its storytelling emphasis on family and community. The film centers around a young man struggling in life without a father figure while his father figure struggles with being a dad. The dynamic is authentic to many real-life issues that plague the black community today. The story brings us into the world of black cowboy culture as a side tale, without losing the plot of its central father and son relationship.

While the film isn’t based on a true story, it is based on a real community. “Concrete Cowboy” preaches the importance of tradition and maintaining culture at all costs. “Stranger Things” actor McLaughlin plays the main character and does a great job. Netflix has a track record of putting inexperienced actors in the lead hoping that their veteran counterparts will carry them to success. McLaughlin’s and Elba’s emotional performances drive the human narrative of the film. Both characters are justifiably angry and co-dependent on one another. Despite not having the funds to support their passion, the sense of pride the characters have for their horses and their history is stirring.

Weak Spots: There isn’t too much to sour on this film. Actor/rapper Method Man plays Leroy, a local police officer who is close to the group but has to uphold his role in law enforcement. The character is well done, but the film doesn’t do nearly enough with him. We also don’t spend much time away from our main characters, which works against the world-building of a mostly unknown universe.

The one issue that was hard to balance was presenting the story of a real-life group in a film that isn’t based on a true story. While the balance in the two subplots is done well, the lore of the “Black Cowboy of Philly” is not explored deeply enough to be satisfying for those looking to learn about their story.

The Takeaway: “Concrete Cowboy” highlights the bright spots of a rough North Philadelphia neighborhood. The bread and butter of the movie is its sentimental storytelling, which carries enough meat to inspire audiences to see the light in even the darkest tunnels of life.

See or Skip: Not to be confused with a spaghetti western, “Concrete Cowboy” is a must-see for audiences who value community, culture and family.