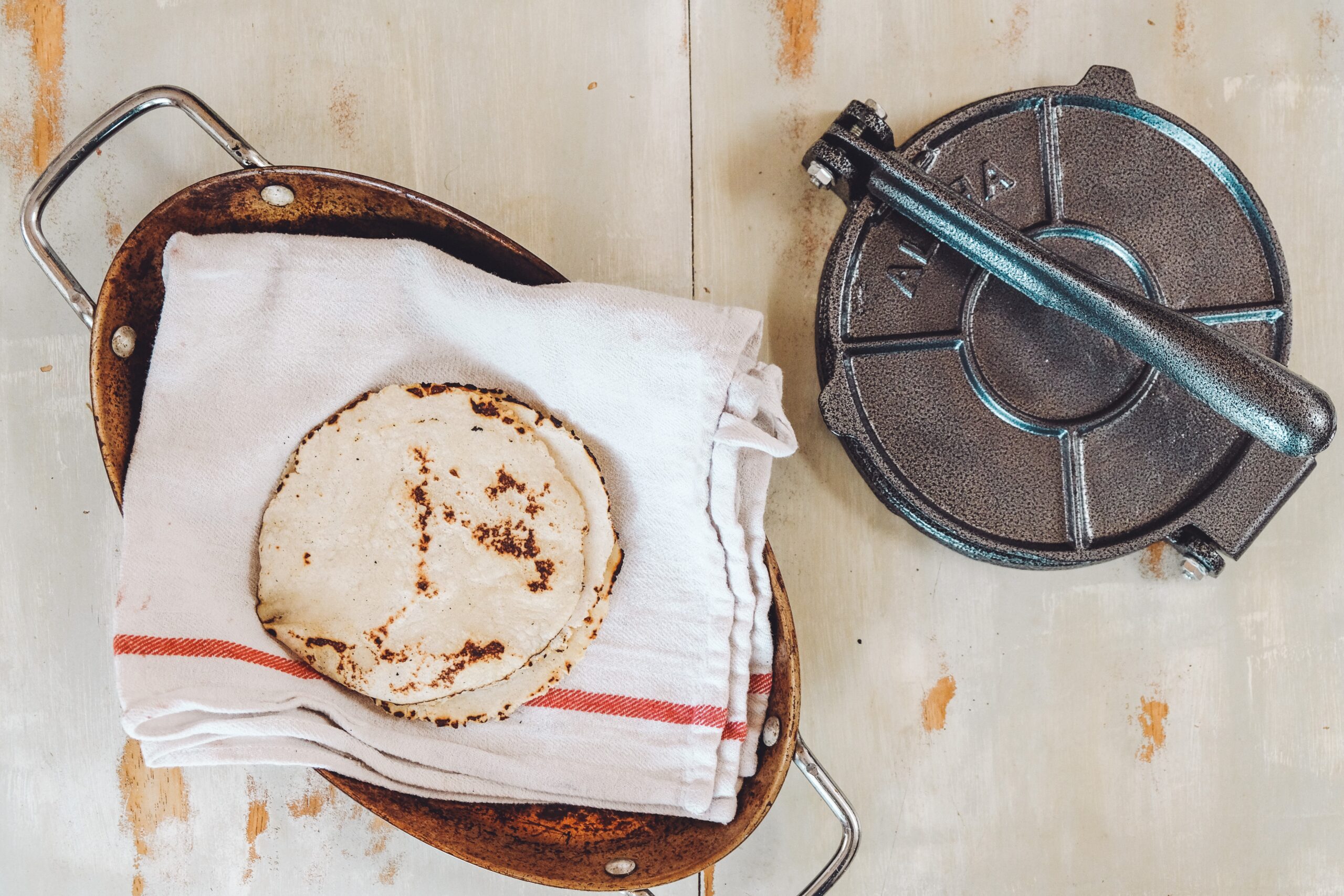 The process of making handmade tortillas is laborious, but the result is worth it, Mexicans say. (Erik Dungan/Unsplash)

Creating an artisan product means mastering ancient knowledge passed down from generation to generation. Making handmade tortillas is no exception.

“A handmade tortilla made in a comal [a flat clay griddle] tastes a thousand times better than an industrial one. It is more natural; its flavor is truly unmatched,” said Miguel Rosas Salas, a pharmacy employee in Veracruz, Mexico.

Two secrets make handmade tortillas unique: their dough and the way cooks shape them with their hands.

The starting point for handmade tortillas is nixtamalized corn. Nixtamalization is the process of soaking the kernels in an alkaline solution, which could be lime water. It breaks up the corn, making it easy to grind into a dough. The taste and consistency of tortillas made with nixtamalized corn dough are vastly different from those of corn flour tortillas.

Cooks will add water and salt to the dough and knead it. They will make fist-sized balls and pat them quickly in the air, passing each ball from one hand to the other. They will make sure to press lightly when the hands meet. The movement is similar to clapping with a tortilla in their hands, which is why this process is called palmear (to clap). However, some people use a tortilla press.

Once a tortilla has the proper shape, Mexicans will bake it on the comal. It takes about two minutes to cook each side, and they flip it twice. The dough will swell, signaling the tortilla is ready.

With the tortilla machine’s invention in the mid-20th century, the palmeadoras — women who sold handmade tortillas — almost vanished from the main cities. The technique remained as a purely homemade craft with little to no commercial use.

“In the city, handmade tortillas are hard to find. But when I go to my parents’ ranch in Jamapa, Veracruz, I can easily find freshly ground corn dough, instead of flour, which is what most city tortillerías [tortilla factories] use,” said Rosas Salas.

“It is interesting how much an artisan product varies from a machine product, whose main value is that it has enriched flour,” said Rodolfo Vázquez Figueroa, a gastronomy graduate from Le Chef College, in Boca del Río, Veracruz.

“Despite being the same, both products are very different. They both bring benefits to the human body if one does not eat them in excess. But their flavors are different, due to the corn dough preparation.”

Artisanal or made in a machine, tortillas play a predominant role in Mexican gastronomy. They are central to a massive amount of dishes, including the internationally popular tacos.