Behind Bars, The Stage Offers A Breath Of Freedom 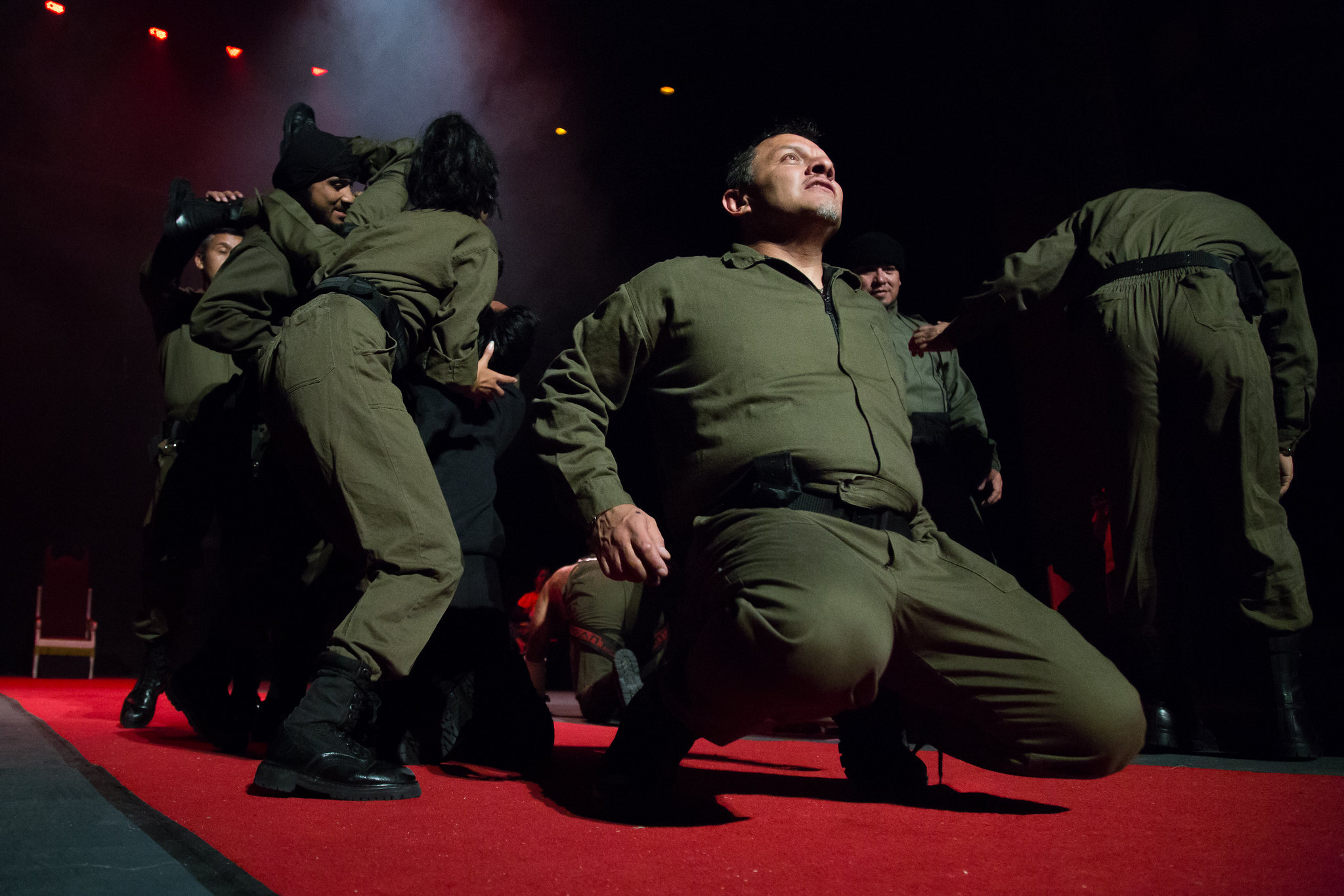 The fierce performances reflect the feelings that the inmates wish to communicate. (El77cca)

MEXICO CITY — For many entering prison, time seems to stop.

But now, thanks to the Compañía de Teatro Penitenciario (Penitentiary Theater Company), the inmates of Mexico City’s prisons have an opportunity to continue dreaming and to rediscover themselves.

A little over 12 years ago, actress, producer, host and director Itari Marta, the company director, met a famous inmate, Sara Aldrete. She gave Marta an opportunity to involve prison inmates in her artistic work.

Aldrete, who is serving time at the Santa Martha Acatitla Social Reintegration Center, had a theater group inside the prison.

“Meeting Sara [Aldrete] made me notice that I was not aware of some work material. We did a play with her, and when we finished the project, the inmates of the men’s prison contacted me,” said Marta.

“I responded to the call and developed a powerful connection with them. I saw [in the opportunity of working together] a way to contribute to society, not to do theater for the sake of doing it, but to have political and social repercussions.”

The search for opportunities among the inmates who approached the company and their commitment led Marta to realize about the project’s artistic potential. After all, it was being developed professionally with actors inside and outside the prison.

Negotiations with the authorities came to fruition. External audiences were able to visit the jail. Visitors paid for tickets, and all the box office proceeds went to those inmates who were part of the company.

“We began to vindicate the people who were in that context [incarceration]. The inmates discovered that they were worthwhile people, even though they were serving a sentence,” said Marta.

Regarding their talent, Marta said that because confinement brings pain, prisons “connect you with profound places. There are many valuable stories, complex living conditions with a lot of material to work with, desire, and a lot of will. That combination brings courage, and if you put that strong energy where it is worth it, it turns into a bomb.”

According to the Penitentiary Theater Company’s Director, theater is a mirror for the viewer. “These men are dying to tell their stories, get their feelings out, and have someone listen to their truth. We have been working for 12 years. We have done many things and are still together,” she said.

One of the company’s main achievements was to act at the Teatro de la Ciudad (a famed venue in Mexico City), within the framework of an edition of the Muestra Nacional de Teatro (National Theater Show).

“We have been modifying lives. It is a way of building communication bridges between different members of society. It is a way to contribute to society,” said Marta.

Javier Cruz is a former inmate who spent about 20 years in prison. He was part of a theater group inside the Santa Martha Acatitla Prison and participated in plays celebrating Mother’s Day and Christmas.

“Itari came to the prison and told us that she was going to deliver a theater workshop in four sessions where she would teach us tools that are useful for both work and life,” he said.

One of the main contrasts he noticed when joining the company was the opportunity to work as a group. “Inside the prison, it is difficult to work as a team, unless it is to do something bad. And things are very different here. While doing theater, we can show ourselves, and others, that we can do something different and not commit crimes,” she said.

Convinced that people can change, Cruz said, “I learned about theater, I liked it, and it changed my life. I became more aware of what I do. I have learned to listen to people, to think things over before doing them. I’m sure people do change. Now, I like to work, I have become more responsible.”

When violence is an everyday issue

Valeria Lemus, 27, is the only actress in the company. She left Tampico, Tamaulipas, for Mexico City eight years ago. She was looking for a means of expression that would allow her to channel the anxiety that her city’s increasing violence had brought her. Lemus is not an inmate, “but my colleagues say, jokingly, that it is because no one has caught me yet,” she said, laughing.

“While I was living my adolescent years and the moments when social life is most important, violence increased in Tampico. It is not that I have heard of people being vigilant at home or school for shootings. I lived it,” she said.  “Being close to violence became my daily life; it shaped me as a person. I did not flee from Tampico because of violence, but to be a creative. Theater provided me with the desire to move out.”

Lemus said that the company’s plays are engaging, entertaining and purposeful. They are also forceful for the audience, as well as for former inmates and inmates who live “a path of reintegration and personal growth through art because art helps to become aware of our universe,” she said.

Theater is for any social class

Ismael Corona, 28, is a former inmate and actor of the company. After serving his time, he felt the need to communicate important messages, and he found in theater the perfect channel.

“Theater becomes another need,” he said. “For me, it is not a job, but something else where I can channel my energy. I used to think that theater was for a certain wealthy social class, but that’s not true.”

Regarding how art has changed his life, Corona pointed out that he has learned to make decisions that can help him avoid falling into what he calls “personal incongruities.”

“I can say that theater changed me. It [helps] modify actions positively, and it makes you aware of your standing and the kind of Mexico you live in. When I got out of jail, I realized that, despite being free, we are all incarcerated. Each person chooses their cell and the name they want to give it.”

(Translated and edited by Gabriela Olmos. Edited by Melanie Slone and Matthew B. Hall)