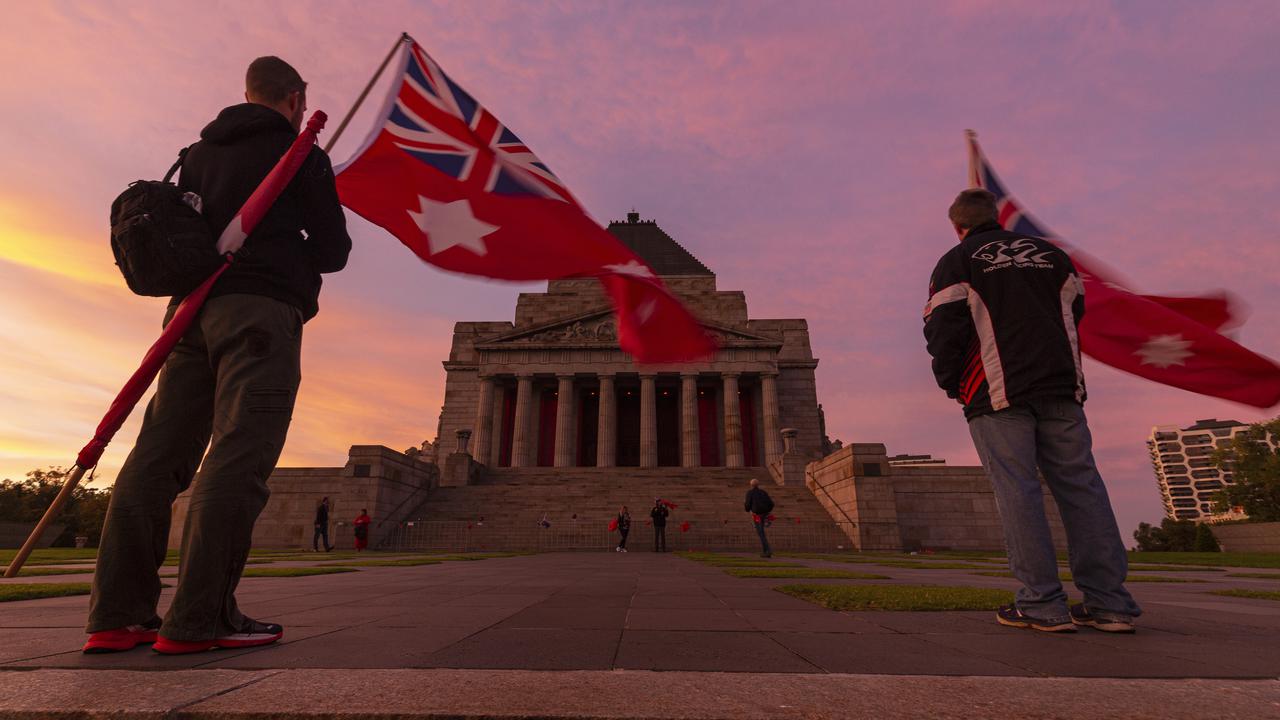 Only 1,400 can attend the Anzac Day dawn service at the Shrine of Remembrance in Melbourne. (AAP Image/Daniel Pockett)

But only 1,400 can attend the Anzac Day dawn service at the Shrine of Remembrance, while 5,000 veterans and 500 support people will be able to take part in the march through central Melbourne.

This is despite the state going 46 days without a locally acquired case of coronavirus.

“That does not add up, it cannot be justified in any way, shape or form,” said opposition veterans’ affairs spokesman Tim Bull on April 13.

He said the Queensland government had not imposed caps on Anzac Day services, while 10,000 people would be able to march in New South Wales.

“In Victoria, we’ve got a government that’s telling our veterans to stay home,” Bull said.

It comes as fewer than a thousand people have registered to take part in the march.

Returned & Services League Victoria chief executive Jamie Twidale said there had been 900 registrations, of which 600 were Australian and New Zealand veterans.

“We know quite a few associations like to march together as a group and because of the way the march format is, that’s a bit difficult, so they’re making the decision to go local.”

He said a “small” number of people were protesting the need to register for contact tracing to take part in the event.

Outgoing Warragul Returned & Services League president Bill Westhead said a significant number of veterans had difficulty accessing the technology required to register, while others were nervous about interacting in the community post-pandemic.

But he said a majority were unhappy with how the Anzac Day events are being organized.

“The veteran community is angry at not being able to do at least the dawn service like every other state,” Westhead said.

“They will turn up regardless if they’re registered or not and good luck to them and good on them because it’s their day. We missed out last year.”

The Victorian government hasn’t received an application from the Shrine of Remembrance to increase its cap for the dawn service.

The Returned & Services League is also yet to make an application to increase the number of attendees at the march.