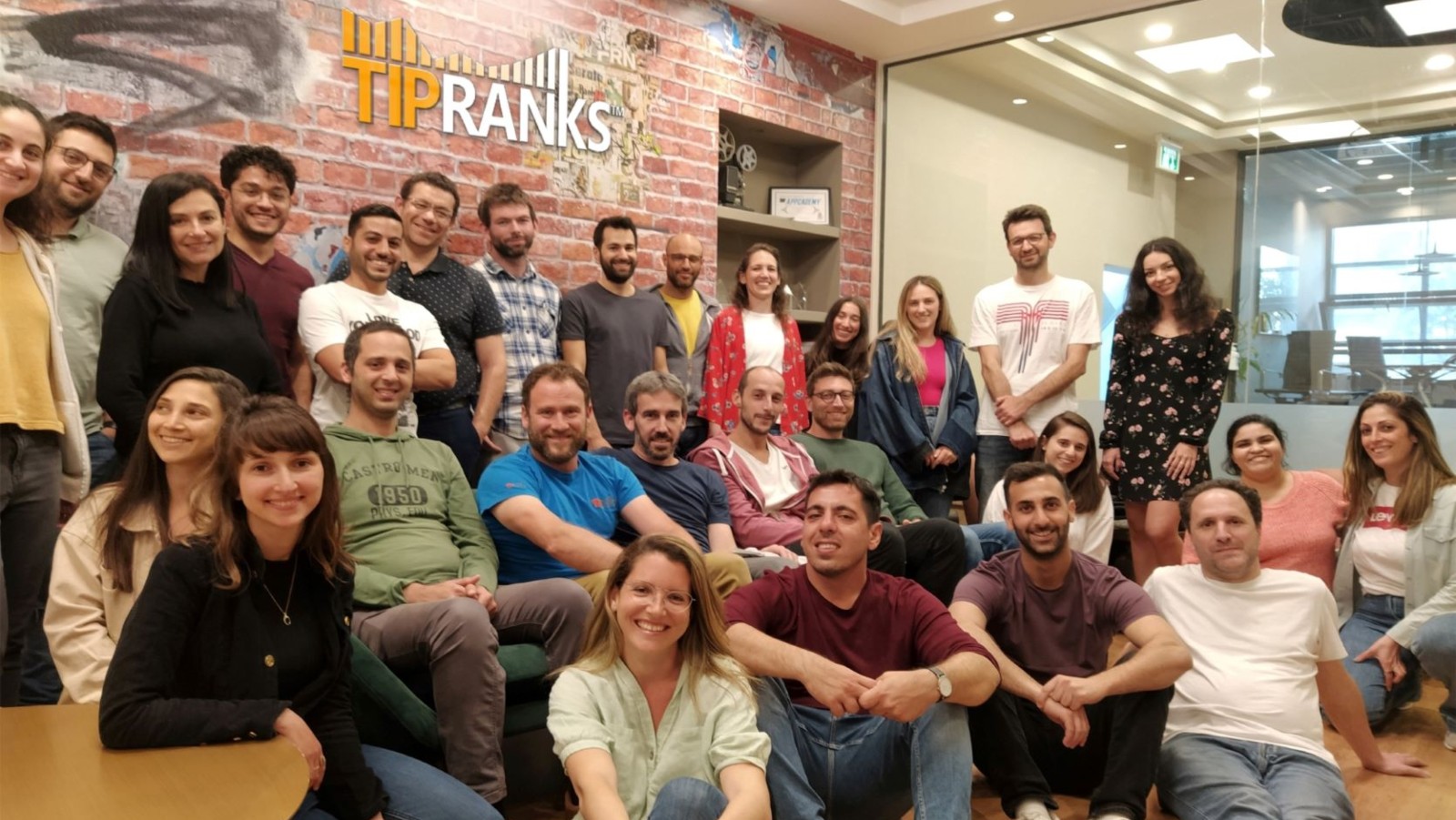 TipRanks employees celebrate a $77 million funding round. (Courtesy of TipRanks)

Following on the heels of a month marked by mega investments and a quarter in which Israeli companies raised a record $5 billion, April seems set to meet or beat those fundraising achievements.

Some $1 billion in investments was reported on a single day of the first week of the month, indicating that Q2/2021 is going to be a doozy.

Trax is using computer vision and other digital technologies to reimagine the retail landscape for more than 250 consumer packaged goods companies and retailers in over 90 countries, while Redis Labs helps many clients with its fully managed server-less cloud database service.

The first week of April also saw investments of $77 million in fintech company TipRanks and $75 million for WhiteSource, an open-source security and license compliance management platform.

The most money was raised by Next Insurance, which completed a $250 million funding round at a valuation of $4 billion.

Next brings affordable, tailored insurance products to small businesses and self-employed people in the United States, and recently began a partnership with Amazon to offer digital insurance for the first time through the Amazon Business Prime platform.

It was the second $250 million raise for Next in the past six months and brings the five-year-old startup’s total investments to $881 million. This round was led by FinTLV Ventures and Battery Ventures.

Orca Security also became a unicorn, landing $210 million in Series C funding at a $1.2 billion valuation. The cloud cybersecurity company has raised a total of nearly $300 million since its founding two years ago.

$1 billion investment in Israeli high-tech in a single day this April appeared first on ISRAEL21c.