Mother says that the toddler has been hanging to furniture when he was just nine months old.
By Arian Movileanu April 11, 2021
Facebook
Twitter
Linkedin
Email 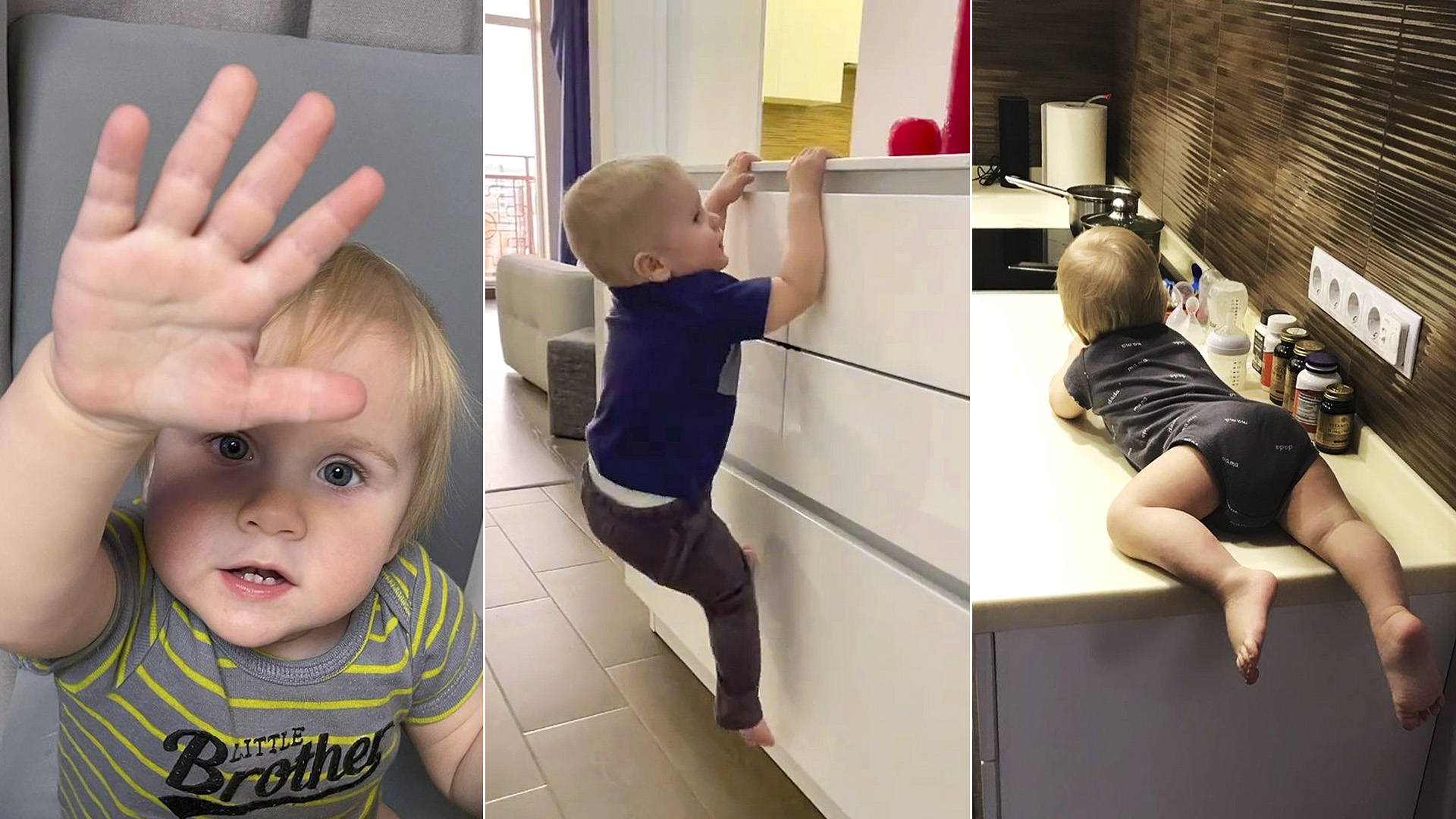 Mark Gurnitskiy,16 months old, born in the Ukrainian has become an online sensation on TikTok under the account ‘Super Mark’. (super.mark2019/Newsflash)

ODESA, Ukraine — This is the moment a clever toddler shows incredible strength by climbing his parents’ kitchen worktops and furniture with apparent ease earning him over 10 million views and the nickname “Super Mark”.

Mark Gurnitskiy, who is 16 months old and was born in the Ukrainian city of Odesa, has become an online sensation on TikTok under the account ‘Super Mark’ where his parents upload clips of exploits at home.

“He weighed 3.1 kilograms (6.8 lbs) and was 51 centimeters long. However, even as a newborn, he was strong and could hold his head up, which surprised doctors,” she said.

Natalie, a sales manager, gave birth to ‘Super Mark’ when she was 35 years old, and his dad was 37.

“Mark began to stand on his legs at eight months, and then he began to crawl, only then learning to sit by himself,” said Natalie.

He started to walk when he was 11 months old but was climbing and hanging from furniture between nine and ten months.

“He climbs up surfaces and worktops around 30 times a day, every day.”

“He loves to make a mess, like all children!”

In the footage, the cute tot is seen scaling counters and furniture with ease and enjoying an energetic dance in front of the mirror.

Social media is becoming increasingly popular among parents of toddlers. According to market research done by Marketing Dive, the average age when children get their first phone is 10.3 years old or even before

“Social media is also popular with kids, with 11 percent getting their first account when they were younger than 10, mostly because their parents made it for them. At the same time, 39 percent did so between the ages of 10 and 12. Facebook and Instagram are most popular, each used by 77 percent of kids. Twitter is embraced by 49 percent of kids and Snapchat by 47 percent,” the research states.

A research article published by raising children states that early social media introduction to kids helps with their digital literacy.

“Exploring and experimenting on social media can help your child build knowledge and skills to enjoy online activities and avoid online risks. Your child can be creative with profile pages, photos and video, and modifications for games. connecting with extended family and friends and taking part in local and global online communities can give your child a sense of connection and belonging,” it states.