VIDEO: What A Pane: Drunk Kicks Out Cop Car Window 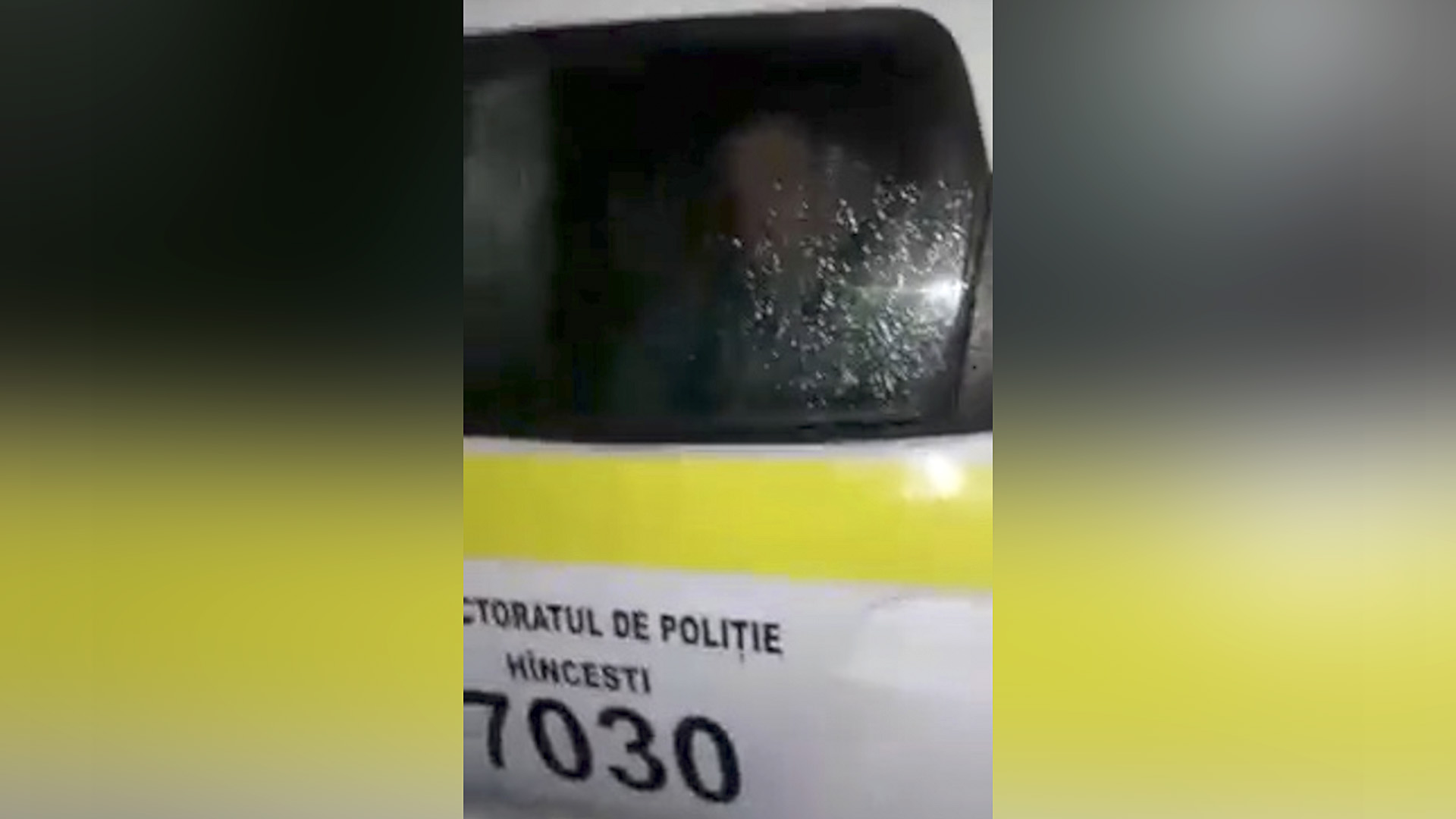 One of the two men who were placed in the back of a patrol vehicle to be taken to the police station. (Police of the Republic of Moldova/Newsflash)

CHIȘINAU, Moldova — The Moldovan police have shared a video of a drunk man kicking at the window of their patrol car after being taken into custody for violating the Covid-19 restrictions.

Two men were placed in the back of a Dacia Duster patrol vehicle to be taken to the police station. However, while in the back of the patrol car, one of the men reportedly kicked out a window and began threatening officers.

“With this in mind, we reiterate the importance of complying with measures to prevent the spread of Covid-19 and draw attention to the fact that anyone defying the rules imposed to protect public health is liable for a misdemeanor or criminal liability,” said a police spokesperson.

“It is important for each of us to behave responsibly, to be aware that our actions can affect others, and to respect the authorities’ decisions to limit the spread of the novel coronavirus.”

Both suspects are expected to be charged with violating Covid-19 restrictions as well as hooliganism.

The current rules in Moldova are that people have to wear face masks in public, respect a curfew between 11 PM to 5 AM and limit walking around to groups of three people.

In Russia and some European countries, hooliganism is generally defined as an average gravity crime in the criminal code.

As per a study, “Hooliganism: on social anomie and determinism,” the introduction of the notion of hooliganism corresponds to a change of paradigm. The idea developed in Great Britain in the 1960s, marking the shift from ritualized, Dionysian violence applied to the logic of premeditated, organized violence.

“The word itself, hooligan, was coined by a journalist who played on the name of a particularly violent Irish family of the Victorian era — the Hoolihans — to designate the violent behavior then observed,” states the report.

The sociology of deviance showed, long ago, that anomie, the absence of norms (from the Greek a-nomos), or the disintegration or loss of meaning of the latter may generate violent or delinquent behavior. The concept of anomie, which represented an attempt to put substance into “the vague notion of social disorderliness,” is in fact “a nest of concepts.”