Truck piled high with timber cracked the ice and sunk without trace as the crew scrambled to safety. 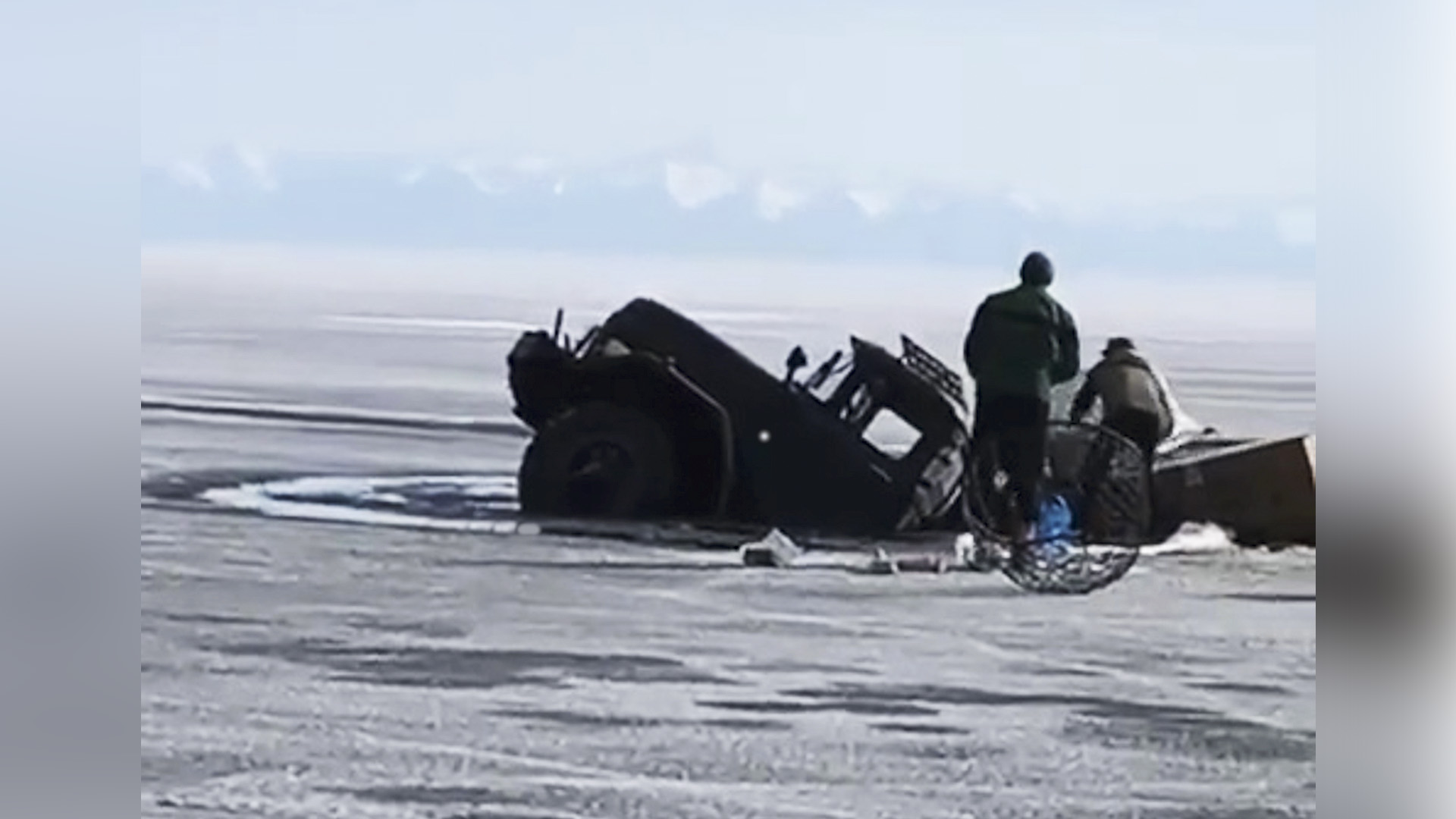 LISTVYANKA, Russia — This is when a Soviet-era army truck loaded with wood crashes through the ice on a Russian lake and sinks below the surface.

The passengers could barely make the escape.

The incident was filmed on Lake Baikal, Russia’s largest lake, near the village of Listvyanka in the central region of Irkutsk Oblast, on April 5.

The footage shows ZIL-131, a general purpose army truck, driving on the frozen lake before suddenly breaking through the ice.

“It was one of two ZIL-131 lorries that fell through the ice on Lake Baikal the same day, with all passengers managing to escape unharmed,” said the regional Ministry of Emergency Situations.

“The truck drivers had opened a barrier in front of a prohibited area on the ice in an attempt to head to the area of Bolshiye Koty,” the ministry said in a press statement.

However, they encountered problems on the melting ice about 70 meters (230 feet) from the shore, and both vehicles and their cargo, mostly planks of wood, were lost in the lake.

The ministry said one truck sank at a depth of 55 meters (180 feet) while the other was partially submerged at 19 meters (62 feet).

Meanwhile, the local authorities visited the scene to carry out a preliminary investigation on how to recover the vehicle, and legal proceedings have been launched against the two drivers.

Situated in southeast Siberia, the 3.15-million-ha Lake Baikal is the oldest (25 million years) and deepest (1,700 m) lake globally. This lake is on the list of UNESCO’S world heritage sites.

“It contains 20 percent of the world’s total unfrozen freshwater reserve. Known as the ‘Galapagos of Russia’, its age and isolation have produced one of the world’s richest and most unusual freshwater faunas, which is of exceptional value to evolutionary science,” UNESCO’S website states.

However, despite the popularity of the lake, it comes under one of the world’s dangerous roads to travel.

“The ice road links Listvyanka to Bolshoi Koty,” states Dangerous roads on its website. “The safest period for the trip is from the beginning of February to the end of March. In this period, the ice thickness is a meter or more. The experience of using this road is awe-inspiring. The lake serves as a temporary road, forming a navigable land route between the settlements at its northern and southern ends.”