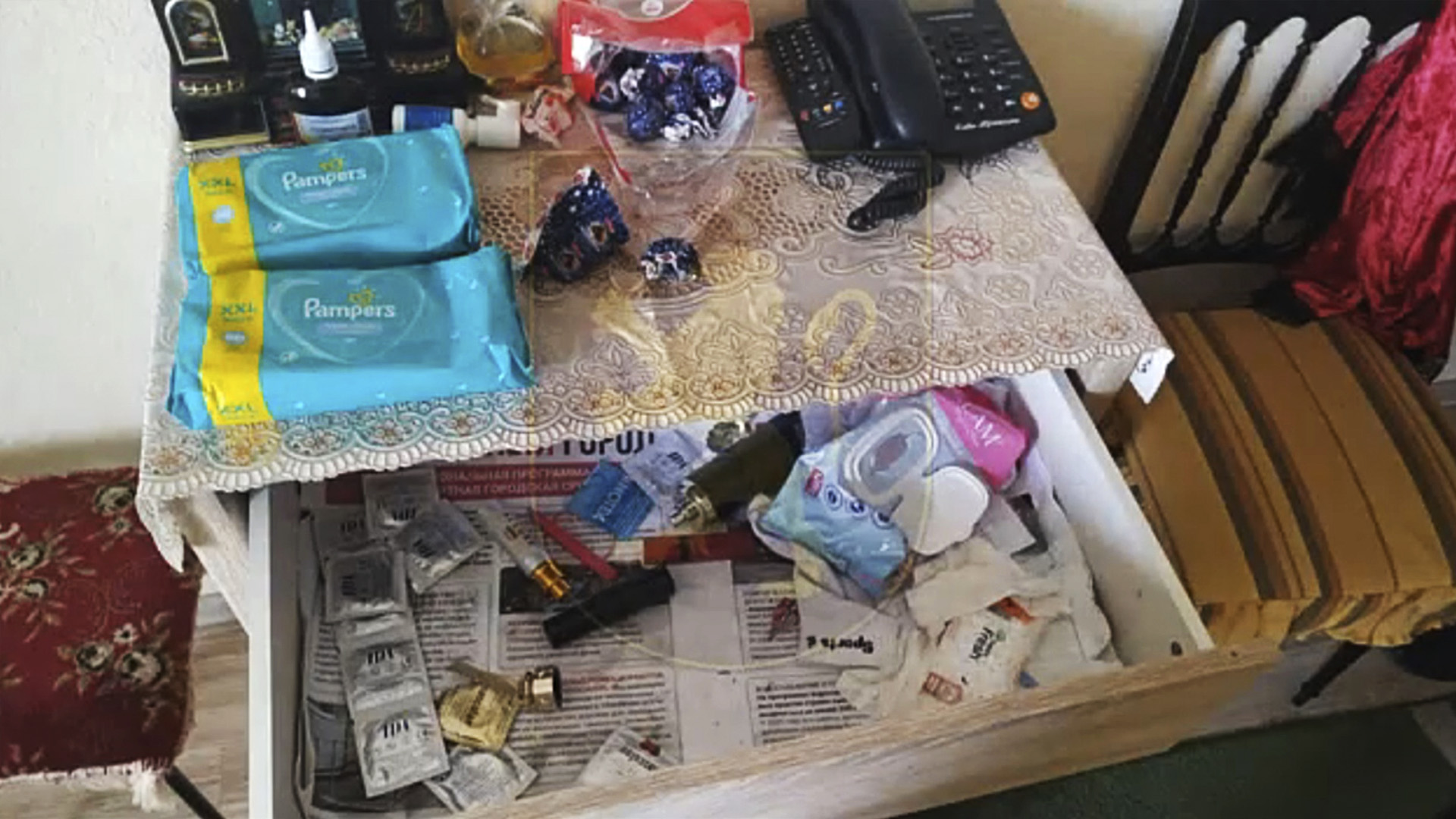 Some of the items that were found by the police during their raid. (POLITIA RM/Newsflash)

STRASENI, Moldova — A 70-year-old woman has been arrested for renting out flats to poor young women, often with children, who had to pay for the accommodation by having sex with clients.

The suspect, who has not been named, was arrested in the Moldovan capital of Chisinau on April 2.

Members of the Center for Combating Trafficking in Human Beings conducted searches across nine properties that had been under the 70-year-old’s name since 2015.

She reportedly owned five flats and rented a further four.

The women were allowed to live in properties with rooms provided for their private use, and others put aside as the places where they were expected to have sex with clients. The victims were reportedly between the ages of 20 and 35, hailing from the southern and central regions of the country and coming from families in very vulnerable situations.

Reports reveal that the sex workers were forced to pay MDL 400 ($22.25) in daily rent from their earnings and had to hand over a percentage of the fees.

The sexual services reportedly cost anywhere between MDL 500 to 1,000 ($27 to 55). It is unclear what percentage of the fee was paid to the pimp granny.

Some women left their children inside one of the private rooms in the flat while they locked themselves in another bedroom with clients.

The video shows the moment the police enter building where the alleged prostitution was happening, where they also found large sums of cash.

The police found over GBP 20,085 ($27,586.85) in cash which they believe was the money the suspect had amassed from her alleged illegal business.

They also found a lodger that kept a record of clients’ payments and other accessories to provide sexual services.

The suspect faces four to seven years behind bars if she is found guilty; however, her exact charges are unclear. The case is ongoing as investigators hope to identify all victims and any other potential suspects who helped run the illegal operation.

It is unclear if the suspect remains under custody, and there have been no reports on what the police plan to do with cash and flats involved in the raids.

Over the past five years, human traffickers exploit local and foreign victims in Moldova. Traffickers use Moldovan victims in sex and labor trafficking within Moldova and Russia, Germany, other countries in Europe, and the Middle East. Most victims are from rural areas and have low levels of education, according to a government report on trafficking in Moldova.

«Previous Post
VIDEO: What A Pane: Drunk Kicks Out Cop Car Window »Next Post
VIDEO: Wheel Fast: Giant Tortoise With Injured Legs Given Skateboard To Get About