Top End in Australia Ramps Up war On Invasive Grass

With the northern bushfire season fast approaching, the Top End is ramping up its attack on invasive grass. 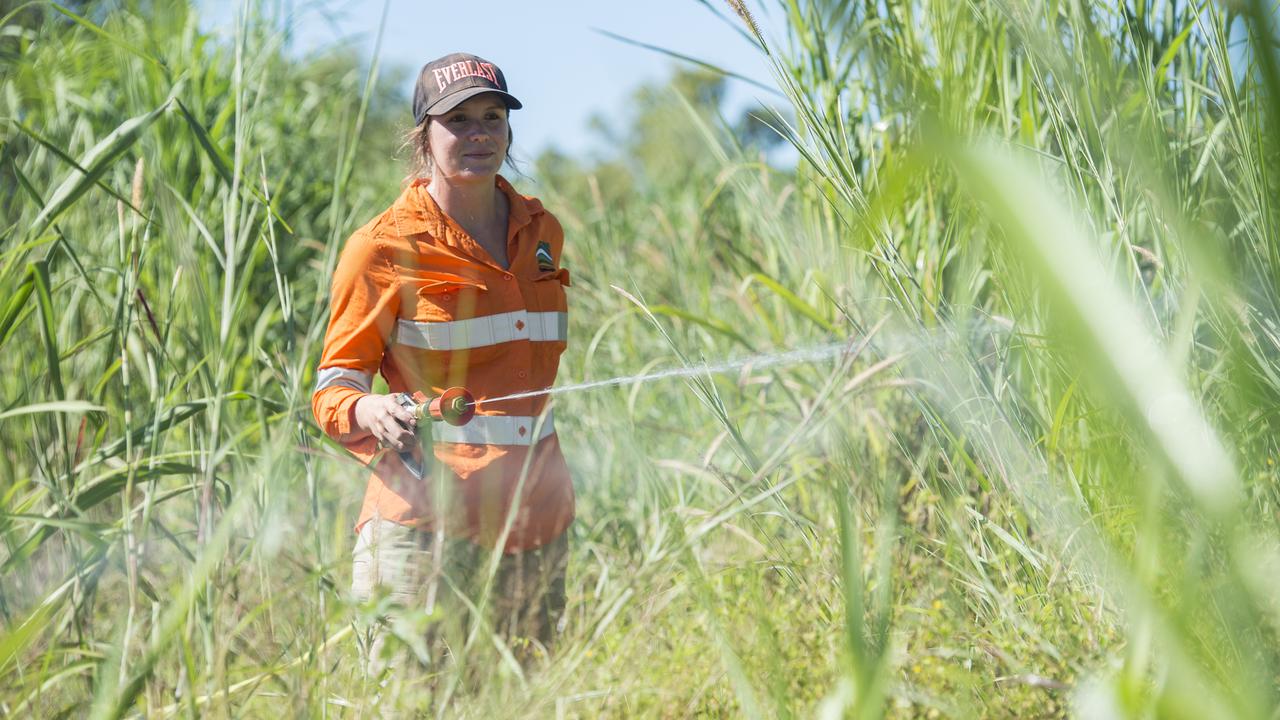 CANBERRA, Australia — The Northern Territory of Australia is ramping up its battle against an invasive African grass ahead of the upcoming Top End bushfire season.

“It has spread right across the Territory. It’s a terrible weed, and it needs to be managed because when it burns ferociously.”

For northern Australia, the peak bushfire period is during the dry season, generally throughout winter and spring.

Introduced in the 1930s as cattle feed, the grass flourishes in the northern Australian wet season. It could infest areas from Broome to Cairns.

It has invaded rural properties, crown land, backyards, and parks in the Northern Territory, including about 25 percent of Litchfield National Park.

“We can find up to 80 percent coverage at some rural properties. We found one specimen that was about six meters tall, and it’s quite thick,” environmental management consultant Geoff Niere said.

“So managing that from a fire risk and environmental perspective is paramount.”

“They’re really in need of some support out there in the community,” he said.

The program is part of a broader attack on the grass that includes the Gamba Army and a seasonal workforce focused on controlling the weed instead of eliminating it.

“We know that Gamba cannot be eradicated across the Top End, but we do need to manage it,” Lawler said.

About 1.5 million hectares of land in the Darwin area have already been overrun with new infestations discovered throughout the savanna region from remote Arnhem land to Groote Eylandt in the Gulf of Carpentaria.

The grass is also spreading south through Batchelor and Katherine, including into the Nitmiluk National Park.

Environmental group Gamba Grass Roots says the NT government needs to do more to stop the spread of toxic grass, which can take over whole ecosystems in as little as five years, as per a recent study.

“The government needs to commit enough money to fix this problem. We need more people paid to be out spraying, burning, and slashing the grass.”