Building With A Mission: Nonprofit Takes On Youth Employment, Housing Shortage In Baltimore 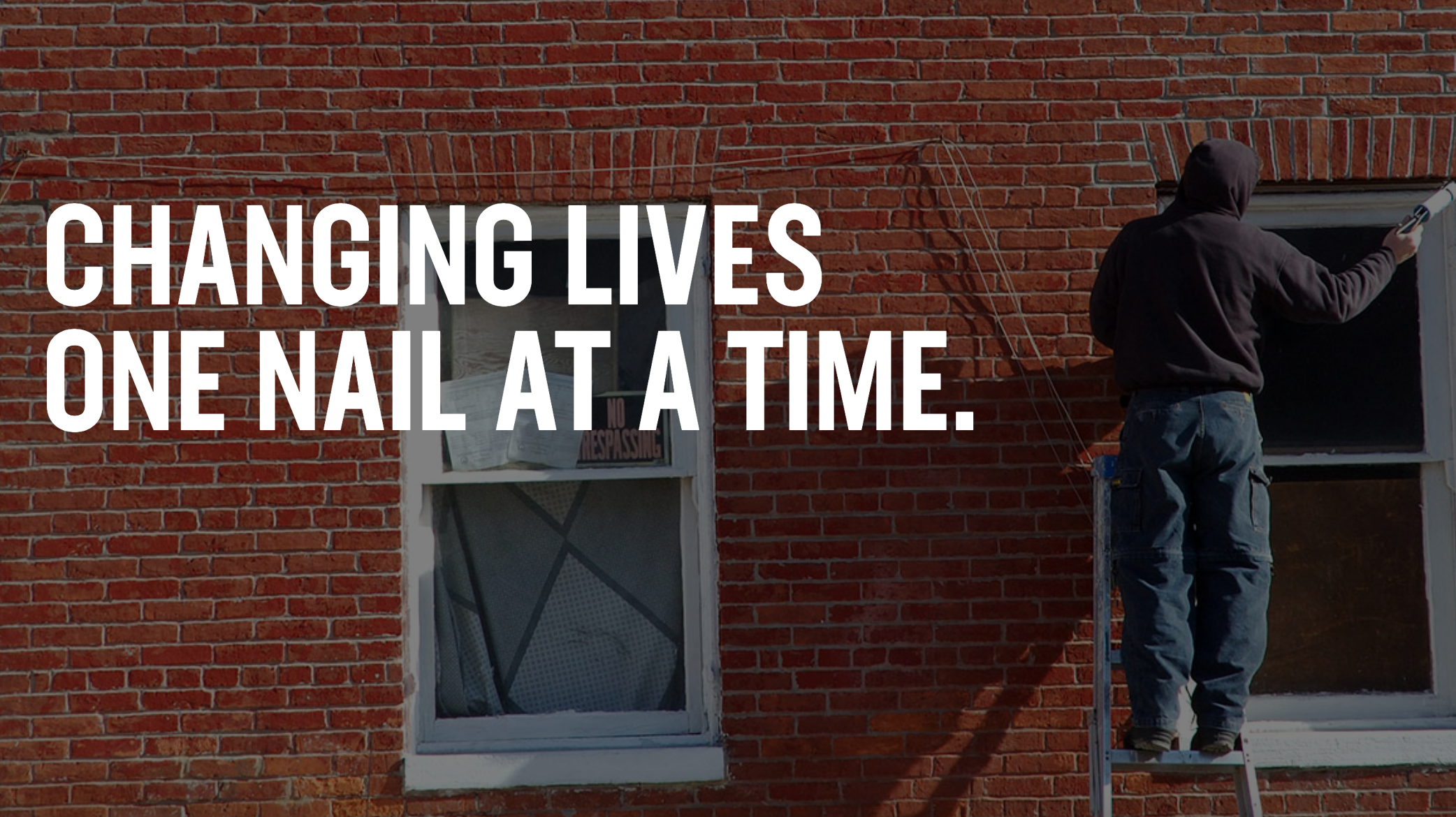 HTP Homes aims “to re-engage Baltimore City youth into building their neighborhoods by building themselves.” (htphomes.org)

With thousands of vacant properties in Baltimore — said to be as many as 15,000 in 2020 — the city has been struggling for years with an affordable housing crisis.

A relatively new nonprofit, founded by two people who do not live in Baltimore, is trying to address the issue “one nail at a time.” It provides training and job opportunities for the city’s underserved and formerly incarcerated youths.

Claudia B. Jones and Aaron D. Thompson, co-founders of HTP Homes in 2019, have raised money through a crowdfunding campaign “to re-engage Baltimore City youth into building their neighborhoods by building themselves.”

“Program participants are paid an allowance with achievement-based increases to recognize and reward progress.”

The nonprofit’s founders hope their efforts will help reduce the high homicide rate. In 2019, Baltimore recorded the highest homicide rate of U.S. cities with a population over 250,000, at 58.27 homicides per 100,000 residents, according to data from Statista. Last year, the city recorded 335 homicides.

“We want to bring jobs and homeownership to Baltimore to stop the violence,” Thompson said.

When Jones retired from AT&T after nearly 23 years, one of only three black female senior vice presidents, she was looking for a new mission, something that would enrich the lives of those neglected by society.

“I always knew I’d get into a situation where I’d say, ‘Now it’s time for me to leave and do something more philanthropic, but in a personal way,’” she said. “Aaron and I became business partners buying real estate, and we focused on providing homes to single moms that were first-time homeowners. We realized you can make a difference on a small scale.”

By taking young and at-risk adult men into the construction business and teaching them trade skills, “we realized that, just like with single moms, we could make a difference in their lives.”

Thompson grew up in Palmer Park, Maryland, a tough suburb of Washington, D.C., where he had a front-row view of the troubles that plague many inner cities.

“I came up in an environment of at-risk youth myself. When I was 7 years old, I witnessed my first homicide,” he said. “It was a tough environment, but I was fortunate to have a very good dad. Instead of joining a gang, I joined the Guardian Angels. I served with the Guardian Angels for 28 years &mldr; and through those years, I learned to help a lot of people, and I saw exactly what was going on out there.”

As a Guardian Angel, Thompson, who also logged a 3-0 record in a brief professional boxing career, started working for a construction company. After becoming a master carpenter, he opened East Coast Design Build, a licensed general-contracting company with a list of established and well-regarded clients. At this point, Thompson was laying the foundation for what would eventually become HTP Homes.

“Guys would come home from prison, and I’d say, ‘Hey man, let me give you a job,’” he said. “I would hire them and give them a trade. I’ve helped hundreds of men that are now doing well, and some even have their own businesses. They needed direction; they needed someone to be right there [for them].”

Al Jollof, an East Coast Design Build employee, speaks highly of Thompson and HTP Homes for providing the road map for his future.

“My parents are from Sierra Leone, and they separated when I was young. I watched my mother work two jobs to support the seven of us. I know how it was to struggle, so there are certain similarities between my story and the kids [in the program],” Jollof said. “But, Mr. Thompson is a great mentor and father figure who always had my back.”

While he is busy building his skill set in painting, hanging drywall and installing windows, Jollof is also a role model for others through HTP Homes’ efforts.

“I want to teach the kids, to help them grow like Mr. Thompson did for me,” said Jollof, who would like to become a general contractor.

While Thompson was taking at-risk young adults like Jollof under his wing, it became apparent that to have a greater community impact, a different strategy was needed.

“At some point, we had a conversation that would formalize what he had been doing for years,” Jones said. HTP Homes was incorporated as a 501(c)3 in November 2019.

Baltimore is only the beginning

Jones and Thompson believe they are contributing to a “safer and more equitable Baltimore” via HTP Homes.

“If black lives ever mattered, then the thing to do is deescalate the crime. Housing is simply the vehicle we used to do that,” Thompson said.

Largely self-funded by its co-founders and past grants from the Gannett and Verizon Foundations, HTP Homes has recently applied for funding from the city’s Community Catalyst Grants Program and Community Block Grant Program, which fund revitalization efforts and aim to expand the city’s affordable housing.

HTP Homes is using these funds to target “opportunity youth”— those between 16 and 24 who neither work nor attend school.

Lower incomes, higher unemployment rates and bad health outcomes among these disconnected youths cost taxpayers $93 billion annually and $1.6 trillion over their lifetimes in lost revenues and increased social services, according to the American Youth Policy Forum.

“Baltimore has one of the highest numbers of opportunity youth in the nation,” said Jones. “But Baltimore’s 2017-2020 Local Workforce Plan estimates there will be a hiring demand for as many as 11,000 construction jobs that require some level of on-the-job or apprenticeship training. This is where HTP Homes steps in with our ‘earn and learn’ job pathway model.”

“We’re looking to train 16 to 22 kids this year,” said Thompson. “And, if each individual sticks with the program, I can ensure them a full-time job, either with my company or another company.”

The program at work

On Jan. 18, HTP Homes hosted a ribbon-cutting ceremony at a property on Harford Road — its first project.

“Once the home is fixed and renovated, we’ll sell it to a first-time homeowner at no profit, and the proceeds will go back into the nonprofit, so we can continue the process,” Thompson said. “This is about the kids; this is about stopping the violence.

The Rev. Eric W. King, a Baltimore native and former HTP Homes board member, helped connect Jones and Thompson with community leaders to establish the program’s framework. He believes the organization has the potential to transform Baltimore.

“We all know the troubles that Baltimore has experienced, and they will be there long after HTP Homes,” he said. “But if one life can be changed, it has the potential to change a family, then change a community.”