Woman Says Couple From Australia Paid Her $2.58 Per Day For Slavery

An Indian woman has said she was held as a slave by a Melbourne couple for eight years. 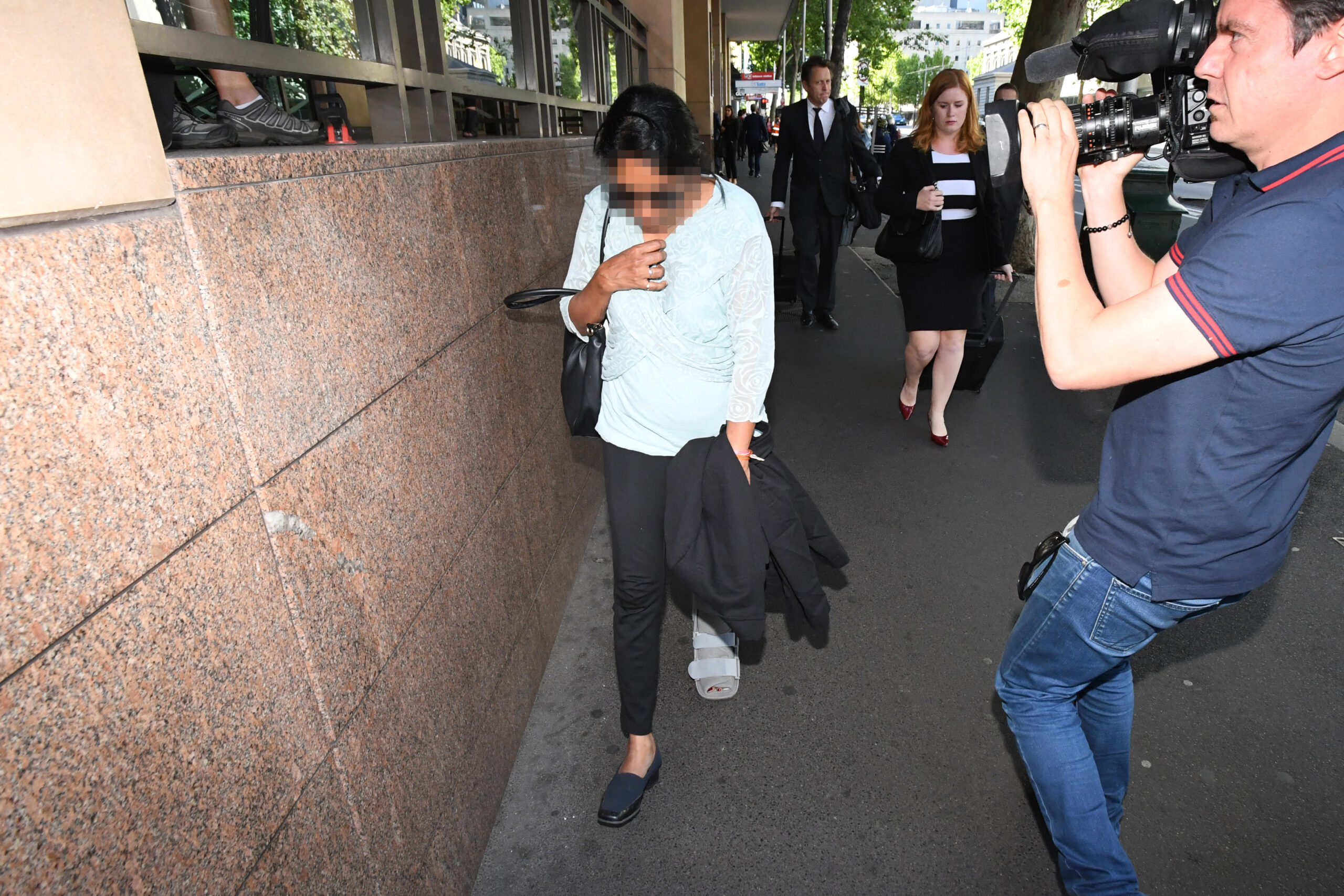 File image of a woman, who can’t be named for legal reasons, leaving the Melbourne Magistrates Court. She and her husband have each been charged with possessing a slave between July 2007 and July 2015. (AAP Image/James Ross)

MELBOURNE, Australia — A Tamil woman from India allegedly kept as a slave for eight years by a couple from Melbourne, the coastal capital of the Australian state of Victoria, was a “tried and tested” good worker who was expected to be on call all hours of the day, jurors have heard.

Allegedly motivated to maintain a large home, yearly overseas holidays, and part-time work, it’s claimed the couple lied to get her into Australia and had no intention of letting her leave.

They’re on trial in Victoria’s Supreme Court, where prosecutor Richard Maidment QC on April 7 said their payments to the woman amounted to just AUD 3.39 ($2.58) a day in exchange for childcare, washing, cleaning, and preparing meals.

“She was known to be a person who worked hard and would tolerate being at their beck and call 24×7 during the period she was with them,” he said.

“It doesn’t take much to compare that with what one might expect to have to pay for a live-in housekeeper and childminder.”

The couple has pleaded not guilty to intentionally possessing the woman as a slave.

The woman came to Australia from her home in southern India first in 2004 and stayed for two six-month stints before returning on a one-month tourist visa in July 2007.

But they never intended that she would leave after a month, Maidment said in his closing remarks to the jury.

The woman was married at 14, had four children, and became a grandmother by 29. She had no formal education, was illiterate, and had worked in the fields since childhood.

“She had hoped to earn money in Australia to help support her family in India,” Maidment said.

“By Aug. 6, 2007, she had become an unlawful non-citizen with the full knowledge and connivance of (the couple),” he said.

It’s also alleged the woman was beaten with a frozen chicken and injured with boiling water and knives.

But Maidment said the allegation of slavery was not based on physical, verbal, or emotional abuse by the wife or that the husband had “tacitly condoned” the conduct by failing to intervene.

He said there were controls and fundamental deprivations of her rights and freedoms.

The woman said she had been unable even to open the front door without the couple’s permission and that with the number of chores she was given, she slept only an hour a night.

She was taken to hospital in September 2015 in an emaciated condition and suffering from sepsis.

“It was crystal clear they wanted essentially to import a true, tried, and tested childcare worker and domestic servant knowing they could pay next to nothing, so they could continue living in and maintain a five-bedroom home, a lifestyle where (the wife) could contemplate a part-time job, and also afford trips overseas pretty much every year,” he said.

The trial is continuing.