VIDEO: Rome For Anything Inside? Ancient Crushed Safe Excavated From Burned Out Roman Villa

Bronze ‘ark’ used for storing jewelry and cash to be restored to its former glory. 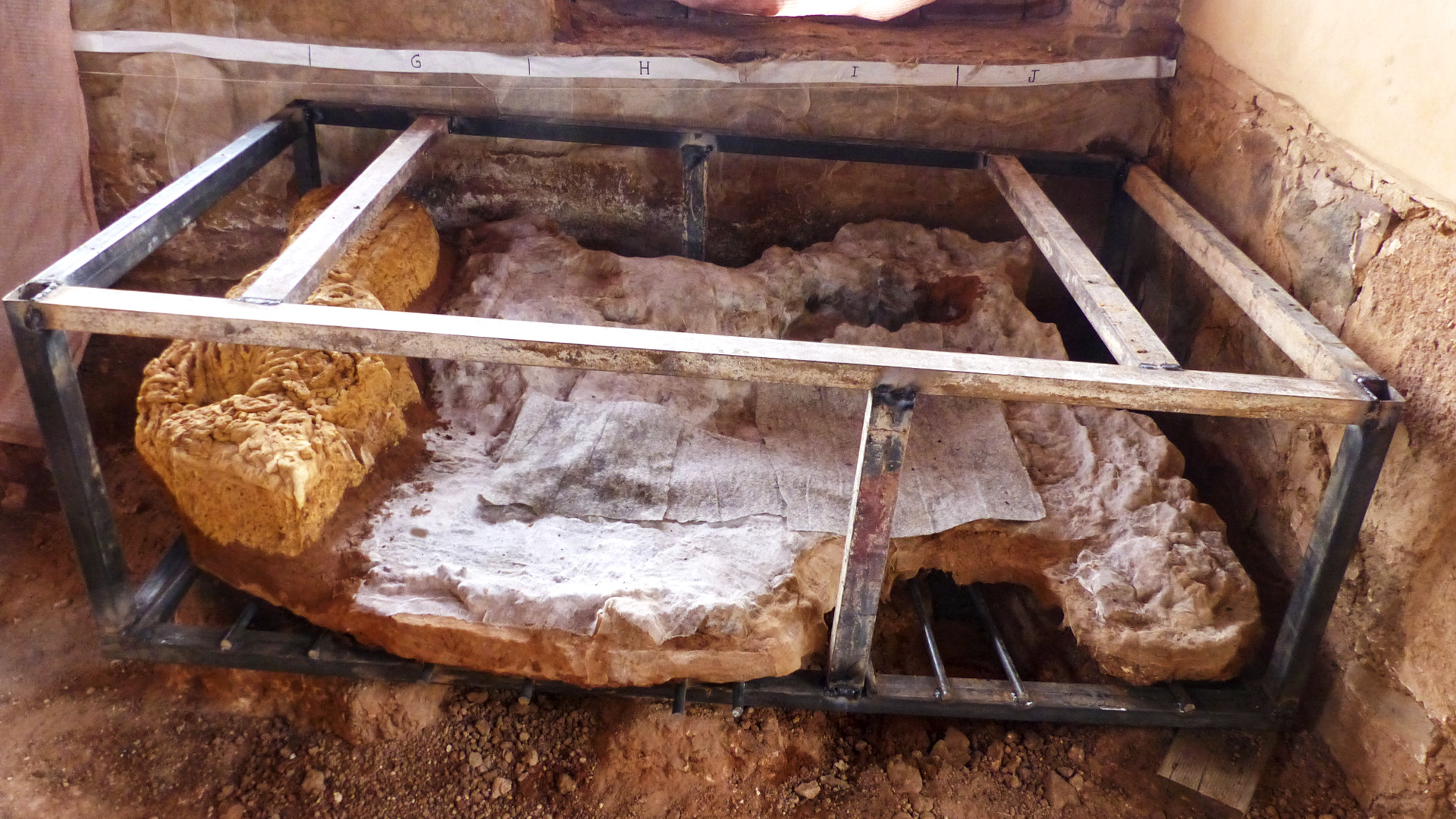 MÉRIDA, Spain — A wooden safe used during the Roman empire to keep jewelry, essential documents, and luxury clothing was recovered from the remains of a luxurious home.

The remains of the furniture item, or “arca ferrata” — literally an ‘ark’ — were found during archeological excavations in a 4th-century Roman home located in Mitreo in the western Spanish region of Extremadura.

The safe was a type of large wooden covered in bronze and other metals and located in one of the rooms of this luxury house that had seemingly suffered a fire.

“The ark is important because there are not many arks like this preserved from the Roman Empire, and there are currently only four other pieces like this in Zaragoza, in northern Spain, and the ones preserved in Pompeii in Italy,” said Ana Maria Bejarano Osorio, an archaeologist with the Monumental City of Merida Consortium, a public organization whose primary goal is to preserve and share the knowledge of the city’s archaeological heritage.

Osorio said the preservation work had only been done on the box’s surface. Further, Osorio pointed out that the ark was in a very bad state because it was partially sunk into the ground as the top part of the house collapsed on it during the fire.

“We only have the wooden frame, which is burned, and the bronze parts that were covering the box on the outside and inside, as well as some other luxury decorations.”

It was decided to leave the ark where it was when first discovered in 1994, and some preservation efforts were undertaken to protect the artifact. But, it was decided to remove the ark. The footage shows the ark being removed so it can be restored.

Years later, in 2017, the experts in charge of the site decided it was time to remove the safe from the remains of the Roman home for it to be adequately restored.

These safe boxes, or arches, were often located in reception rooms where the owner of the house received visitors. To avoid robberies, it was affixed to the walls or the ground using iron nails. They were often ornately decorated with worked metal.

The ark could have been used to keep items, clothes, money, jewelry, and other precious items.

“It is unclear what the owner did for a living. But it is clear that it was probably a wealthy family because the surface of the house is around 3,386 square meters (36,447 square feet), with 15 rooms, including the bathrooms and the kitchen, as well as four other rooms,” said Osario.

Osario said: “It is unclear what they did for a living, but it might be something related to commerce or business, and they could even have been using the four extra rooms themselves to sell their wares.”

The house also had two more rooms on the second floor, including the one that collapsed during the fire, the causes of which are unknown.

The safe box currently measures around 3 by 1.5 meters (9.8 by 4.9 feet). As per the archeologist, it was crushed due to the collapse of the second floor, so it is unclear what its measurements might have been before that.

The discovery of this safebox in the Casa del Mitreo (Mitreo House) is deemed to be one of the most exceptional items located and documented in the last few years in the archeological sector in Merida.

The piece was finally lifted and taken to the Institute of Cultural Heritage of Spain (Instituto del Patrimonio Cultural de Espana-IPCE), where it will be restored to its former glory.