Two soldiers come to their rescue as they shoot back shock grenades at Jaloud residents.
By James King April 9, 2021
Facebook
Twitter
Linkedin
Email 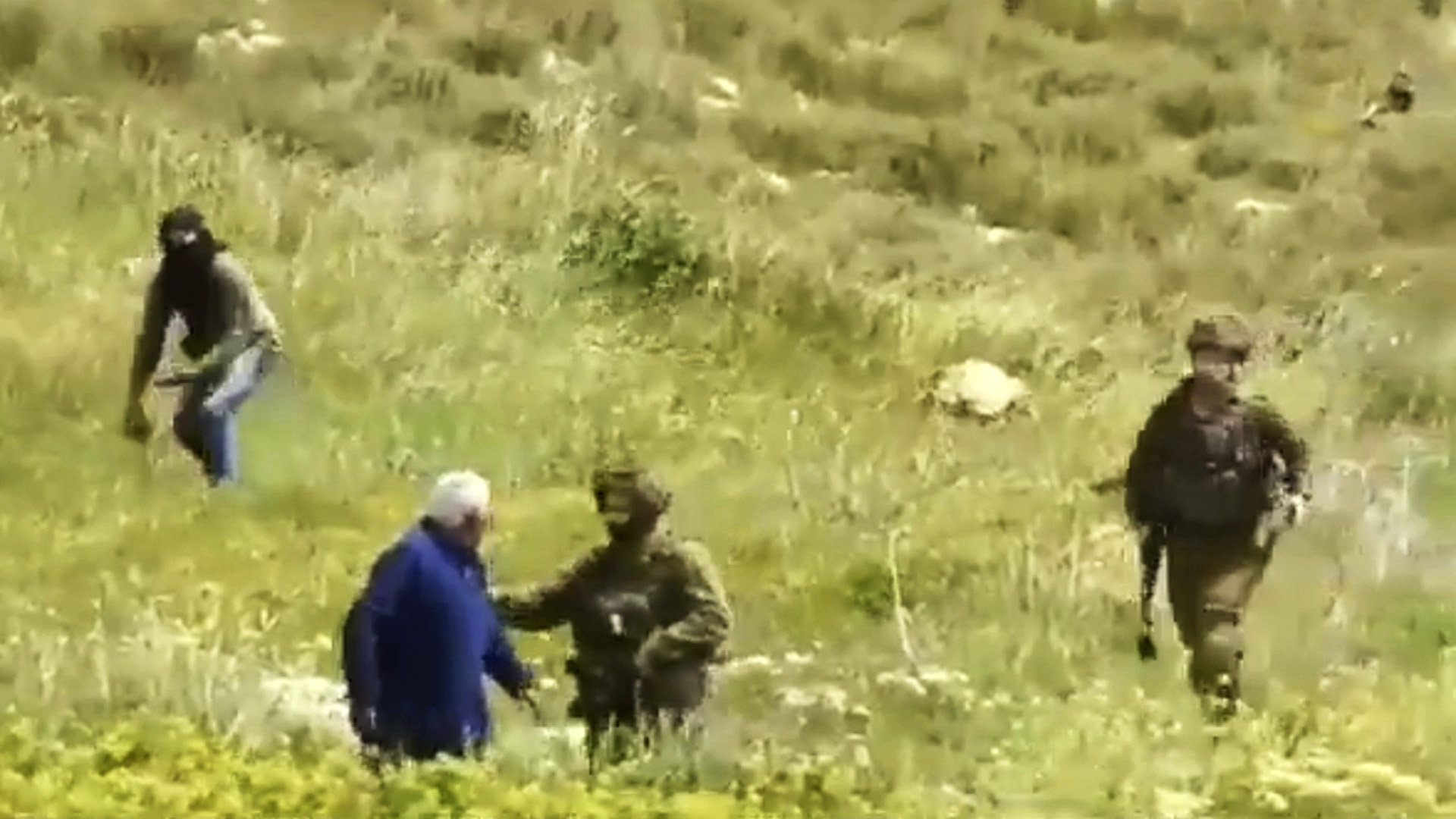 BETAR ILLIT, Israel — A shocking footage of Israeli soldiers witnessing the assault on a Palestinian man by violent masked settlers has emerged.

The incident was filmed in the Israeli outpost of Esh Kodesh in the West Bank near the Palestinian victim’s home, as per the left-wing group Yesh Din, translated to Volunteers for Human Rights, an organization based in Israel and the West Bank.

“The incident in which masked Jews attacked a Palestinian and threw stones at him is serious and will be investigated,” said Benny Gantz, Defence Minister.

The group, which documents violence by settlers in the West Bank, shows masked men hitting the Palestinian victim with a stick while others throw rocks at him.

The human rights organization shared a video of the incident on its Facebook page, writing, “The resident, in his 50th year, who was attacked with stones and sticks, suffered various injuries to his body parts. Two soldiers who arrived in the area near the settlers started shooting shock grenades at Jalud residents who tried to help the resident.”

As per Yesh Din, the settlers damaged a utility pole several months ago. A Palestinian electrician and the head of the village of Jalud came to repair it when the violence happened.

Israeli soldiers arrived at the site to separate the settlers and the Palestinians.

Yesh Din claimed that soldiers fired stun grenades at village residents, but the claims were not ascertained in the footage.

Village council member Abdullah Haj Mohammed said there was no point filing a complaint with the police because “no one investigates these incidents,” adding that many residents have installed bars on their home windows due to the number of attacks.

As per the human rights group, violence towards Palestinians in the region has surged in recent months after the death of Ahuvia Sandak, a 16-year-old settler, in December.

The vehicle the teen was in crashed after he and his friends threw rocks at Palestinian locals.

In March, around ten masked men beat and threw stones at a Palestinian family in the area.

Earlier last month, residents in the village of Hawara claimed that Israelis vandalized their homes and vehicles late at night.

The Israeli police are reportedly investigating all three incidents.

The flare-ups between Israel and Palestinian armed groups in the West Bank continue.

As per Human Rights Watch, Israel makes it impossible for Palestinians to have construction permits in the West Bank.

“Israeli authorities destroyed 504 Palestinian homes and other structures in 2019, the majority for lacking construction permits,” it states. “Israel makes it nearly impossible for Palestinians to obtain such permits in East Jerusalem or the 60 percent of the West Bank under its exclusive control.”