Inflation Worries? Here’s What A Business Needs To Do

Businesses have managed inflation for centuries. But after a long stretch of low inflation rates, executives may need to brush up. 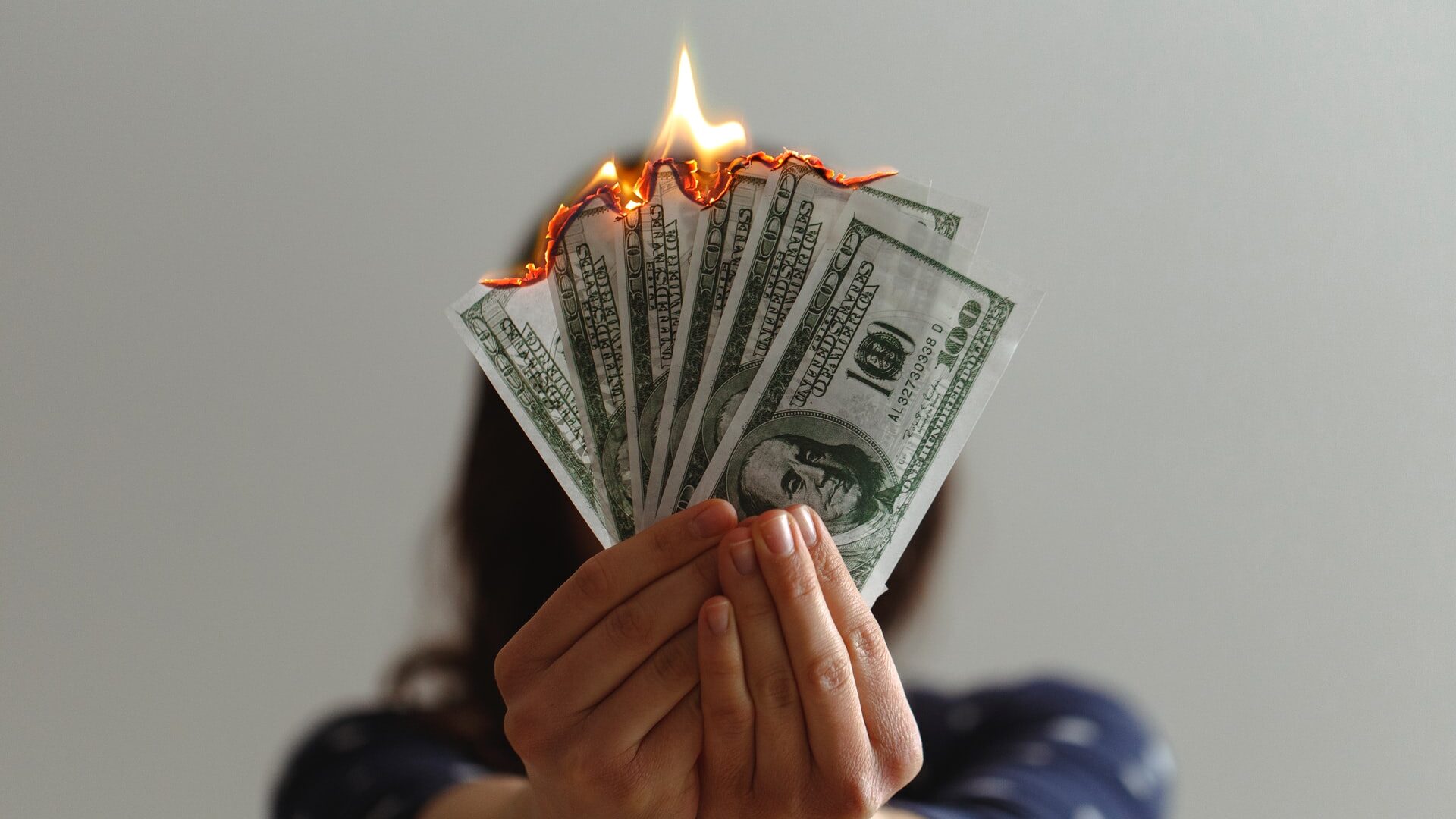 Over time, inflation lowers the value of money. Analysts are divided whether the U.S. economy will face high inflation as a result over increased government spending and policies at the Federal Reserve. (Jp Valery/Unsplash)

Worried about all the predictions of inflation and how you’ll manage? Relax, you could be doing business in Ukraine, with its dizzying changes from one year to the next.

In comparison, inflation over the last 30 years in the U.S. has been laughably small.

And yet, go back an additional decade and you find a top inflation rate of 13.5% in 1980 in the U.S. It doesn’t take 50% per month hyperinflation to upend business practice. Maybe it’s time for executives to review the skills necessary to steady a business through turbulent times. Just in case.

After the $1.9 trillion pandemic relief bill, some economists are pounding the inflation drums. So much money in the system will cause inflation and the Federal Reserve is complacent, former Treasury Secretary Lawrence Summers argues on Twitter and in ongoing debates with other economists.

Economic predictions are notoriously unreliable, especially as different people with illustrious pedigrees can’t seem to agree. For example, after the roughly $2.5 trillion spent on the 2017 Tax Cuts and Jobs Act, inflation didn’t jump higher. Why should it now?

High inflation may not seem likely, but it is possible—especially when you consider how one industry can experience inflationary shocks that don’t perturb the rest of the country, and can still drive higher costs, supply chain disruptions, and labor shortages.

And yet, a business should be cautious when rolling the dice on strategy, as inflation can be tricky. Executives should always be ready to hedge their bets when trying to manage macroeconomic change.

When the government calculates and discusses inflation as a single number, the figure includes samplings of many different types of purchases over multiple geographic areas. The rate at which expenses rise for one person or company may not be the same as that for another because the choice of purchases is different.

Michael Alexis, CEO of virtual team-building activities company Teambuilding, emailed Zenger News to say that over the last decade he’s also done restaurant industry business in Beijing. China’s inflation rate in the last ten years has run mostly around 2%, with exceptions in 2011 (6%) and 2020 (5.5%). However, the specifics for restaurants in the country’s capital has been far different. He called the industry’s inflationary pressures “massive.”

“For example, at the end of a five year lease your rent may double or even triple,” Alexis wrote. “Similarly, the cost of staff and labor grows substantially year over year.” So did food costs. He thought that the pressures “may have been more isolated to Beijing by specific policies,” such as migrant labor restrictions. Other industries, however, could have continued without concern.

“From a firm’s perspective, why do they care about inflation?” William Branch, a professor of economics and department chair at the University of California, Irvine, told Zenger. “They just would care about it if there’s some mismatch in how their costs are increasing and how their revenue is increasing.” When everything changes at the same rate, the effect is unimportant because margins and profits remain steady.

Then again, a mismatch in degree or a time lapse in which cost escalations run ahead of revenue can cause problems. So can localized demand for goods or services, whether in a region or specific industry.

“The worst inflation that I ever experienced, and it wasn’t the normal kind of inflation that you’d think of, was during the dot com era,” said Ray Zinn, who was a semiconductor company CEO for 37 years in Silicon Valley. “Anytime you have a belief that there’s a lack of inventory, that’s when inflation starts.” Companies were “double ordering, triple ordering,” and that drove prices sky high as many assumed the dot com boom would continue indefinitely “People overreact on the upside and they overreact on the downside,” he said.

The effect can be seen right now in the lack of chip supply that is hindering automobile manufacturing. Low inventory levels drive up costs for a form of inflation that might not affect a clothing retailer or manufacturer of mechanical fasteners.

The first step in managing inflation for a business is to forecast what might happen. “You have to predict how long that’s going to last, wow long will this inflation go,” Zinn said. There is risk in making the wrong forecast but worse in not forecasting at all. In the latter case, executives will continue to chase changing conditions and always be left behind for a guarantee of more challenging times.

If inflation is likely to be ongoing and not a momentary bubble for a quarter or two, then it’s time to consider how to hedge. One way is to do any necessary borrowing early on because the value of the dollar drops, so that debt becomes cheaper while inflation is higher.

“Tie in costs with longer-term contracts if you can do it,” said James Cassel, chairman and cofounder of investment banking firm Cassel Salpeter. The effect is the same as early borrowing—locking in pricing that will drop in real terms after inflation. “Look to productivity, ways to use technology to bring your costs down. And then be very careful in watching your pricing sensitivity.” With enough price elasticity, a company can raise prices to protect margins without a an equally offsetting drop in demand. Without elasticity, it could become necessary to find ways to cut costs.

Ironically, for many businesses, a slight rise in the inflation rate—to 3% or 4%, for example—could be useful. “You need to keep an eye on what your competitors are doing,” said Alessandro Rebucci, an associate professor of finance at the Johns Hopkins Carey Business School. Now that we’re talking about everyone raising prices, it will be much easier for individual firms to raise their prices a little bit without losing demand.”

Companies also typically negotiate wage and supplier agreements across multiple quarters, with expenses set in advance. “A little bit of inflation is going to lower their [real] costs,” Rebucci said.

But if it’s necessary to manage inflation, be careful about the steps you take. Keesjan Engelen, CEO of Taiwan-based electronics design firm Titoma, mentioned in an email that he had worked for another firm in the 1990s during an inflation spike. Long-range vendor contracts and eliminating non-vital costs “allowed us to minimize the price increase that was sure to come.”

Not all companies were careful enough. “Many businesses sacrifice quality while cutting costs and meet their end as a result,” Engelen warned.