The wild price ride in cryptocurrencies underscores its risk-reward nature. 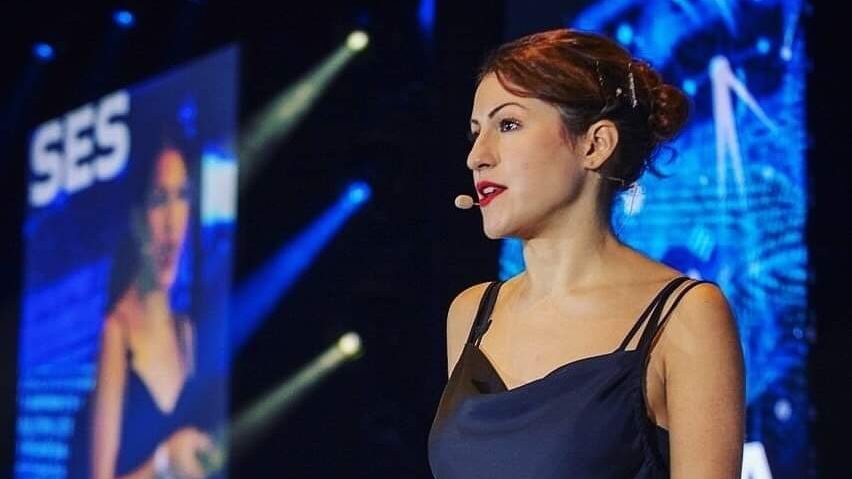 HARARE, Zimbabwe — Smaller crytocurrencies are riding the tailwinds of Bitcoin, with some prices skyrocketing over the past month.

The price of Dentacoin (DCN), for example, soared 530 percent between March 1 and April 1, outperforming Bitcoin.

CoinMarketCap,as of this writing, listed DCN’s market capitalization value at $82,158, 917, based off its total circulating supply.

The uptick in DCN’s price is part of a trend — a COVID-19-induced bullish run during which the cryptocurrency market grew from $197 billion before the pandemic to just under a $2 trillion market cap value now.

“This pandemic happened when the decentralization and disruption processes had already started,” said Eloisa Marchesoni, a blockchain and cryptocurrency adviser. “The wheels are basically finding themselves, with all the tools needed to ride the hype being created at their full disposal.”

When the pandemic started to weigh down various markets worldwide, investors started turning to Bitcoin as a store of value.

This led to Bitcoin’s price soaring to $56,023 from about $7,245 in December 2019, around the time the pandemic was first reported in China. As a result, Bitcoin’s market cap value increased from $131 billion at the time, to a current value of $1.06 trillion. This effect cascaded to smaller cryptocurrencies.

“Right now, all you see is that everything is moving up because Bitcoin is moving up, but relative to Bitcoin, they [small cryptocurrencies] have moved up very little,” said blockchain analyst Shidan Gouran, founder of Gulf Pearl, a family-owned Canadian merchant bank. “So, if it wasn’t Dentacoin before, it was something else,”

DNC was founded in 2017 by a Netherlands-based foundation to provide an Ethereum-based [open-source, blockchain-based, decentralized software platform] solution for the global dental industry. The foundation says DCN’s core purpose is to improve long-term health, reduce costs and pain, and continuously support the crypto’s value by giving people access to dental and oral services via cryptocurrency.

The foundation is hoping DCN will become a cheaper payment option for dental patients.

“Money is flowing from other alt coins into Dent, for example, if you look at the whole market capitalization. Bitcoin now has a bigger margin of the market than it did last year, so these small things are actually an illusion. Things are flowing from these nonsense coins into other nonsense coins,” said Gouran.

Marchesoni also thinks the rally of smaller cryptocurrencies has to do with people seeking to challenge Wall Street investors, seen as the “big bad wolves” controlling the markets.

Even the super wealthy, including Tesla CEO Elon Musk, are venturing into smaller cryptocurrencies.

Musk’s tweets over the cryptocurrency Dogecoin, from December 2020, are widely considered to have contributed to its market cap value rising to nearly $8 billion from $576 million at the end of last year.

Marchesoni said social-media posts are driving Dogecoin’s value, as well as other smaller coins — one reason they are considered speculative investments. The situation is similar to a time when once-popular penny stocks helped Wall Street brokers make huge commissions.

The Business Research Company, an international market research firm, says the global dental services market reached a value of nearly $366 billion in 2020 because of a compound annual growth rate (CAGR) of -0.7 percent since 2015. The decline is attributed to COVID-19.

If the rise in the value of DCN is not related to any increases in the global dental market, its price becomes speculative. However, The Business Research Company expects the market to recover and grow at a CAGR of 8.6 percent from 2020 to reach $552 billion in 2025.

American economist Steven H. Hanke and Robert J. Simon, chief of the economic intelligence group at the Johns Hopkins Institute for Applied Economics, lambasted cryptocurrencies in a March article for the National Review.

“Bitcoin clearly falls short of meeting the four standard criteria to be designated as a currency. Accordingly, it should not be viewed as a currency, but as a speculative asset with a fundamental value of zero.  That being said, Bitcoin does have an objective market price… ,” they said.

The authors make the argument for a private cryptocurrency board.

«Previous Post
Seasoned To Perfection: Enjoy Chilaquiles Before The Party Is Over»Next Post
Inflation Worries? Here’s What A Business Needs To Do