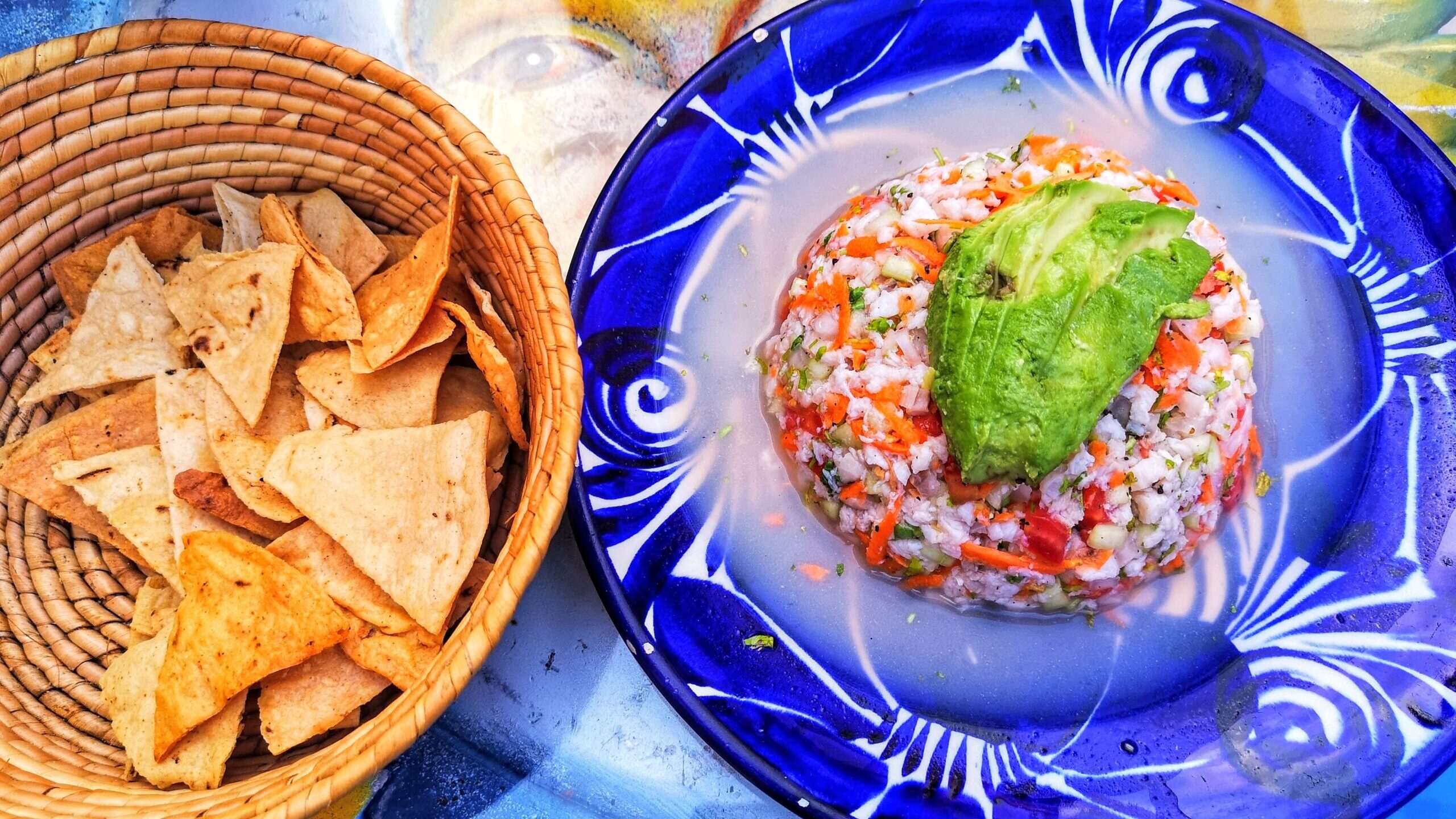 As a snack or main dish, ceviche is perfect on warm days. (Laurentiu Morariu/Unsplash)

When it comes to beach food, ceviche is a longtime favorite.

“It is one of the dishes that tourists ask for the most … just like the Campechanos, a combination of cooked seafood, in tomato sauce with onion, cilantro and chopped avocado,” said Francisco Javier Salas Prieto, a seafood street vendor in Veracruz. “We sell the kilo of ceviche for 120 pesos [2 pounds, $6], and we give the buyers crackers to accompany it, as well as Valentina sauce,” he said.

The base of ceviche is raw fish that gets cooked with the acidity of lime juice. Some people consider eating ceviche dangerous, since its preparation does not involve heat. Others claim lime juice acts strongly on the meat, killing all kinds of bacteria.

What happens is that lime juice makes the pieces of fish firm. The acid carries out the protein denaturation, which is the same process that occurs when cooking fish with heat. Protein denaturation is what turns fish from translucent to white.

“Ceviche is a very yummy dish, as long as one takes the necessary measures to prepare it,” said Rodolfo Vázquez Figueroa, a gastronomy graduate from Le Chef College in Boca del Río, Veracruz. But he explained it might still be a risky dish to have.

During the holidays, Mexico’s Health Ministry recommends staying away from ceviche to avoid gastrointestinal diseases, such as salmonella.

However, preparing it carefully in clean places, using enough lime, and keeping it refrigerated might lower the risk.

There are different ways to prepare ceviche, depending on the region where it is made.

“The preparation of seafood in the Gulf and Pacific areas [of Mexico] is very different,” said Vázquez Figueroa.

“In Veracruz, it is very normal that in addition to raw fish and lime juice, [people add] chopped onion, cilantro, tomatoes and serrano peppers, while in the Pacific, it is fish with lime juice, chiltepín pepper, cucumber and onion,” he said.

Put the minced fish meat in a glass container and add lime, bouillon powder and black pepper. Cover and let the mix sit for 3 hours in the refrigerator. Then, add tomatoes, pepper, cilantro and red onion. Let sit for another hour in the fridge. Serve with saltines.