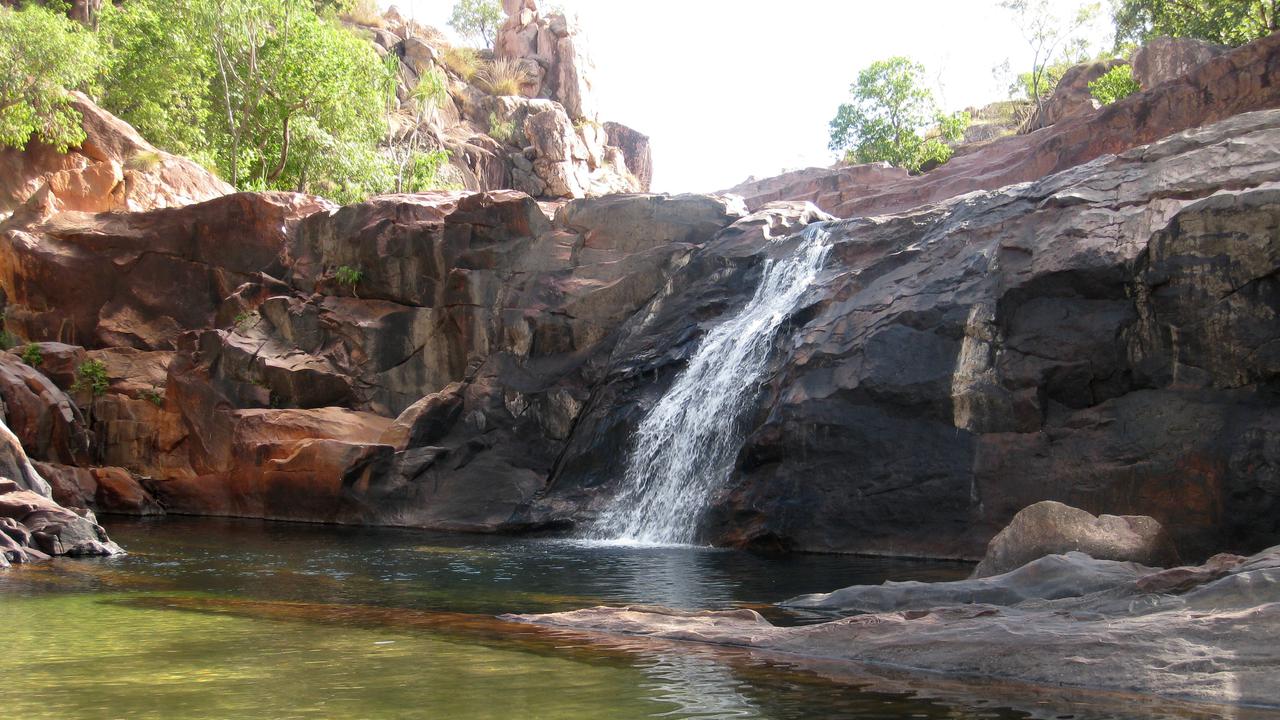 A criminal charge against Parks Australia was filed over Gunlom under the NT's Sacred Sites Act. (AAP Image)

Parks Australia — which is part of the federal government’s environment department — says it’s immune from prosecution and would prefer to work with traditional owners and the Northern Territory government to protect the World Heritage-listed park that’s 171 km (106 miles) southeast of Darwin.

It is accused of building a walking track in Kakadu at Gunlom — a cascading waterfall that appeared in the movie Crocodile Dundee — without permission from the Indigenous custodians.

The Northern Territory Aboriginal Areas Protection Authority filed a criminal charge against Parks Australia in September under the NT’s Sacred Sites Act 1998 for carrying out the uncertified work.

It says the track was constructed close to a restricted ceremonial feature without an Authority Certificate, which is issued after traditional owners are consulted.

Parks Australia has since penned an open letter to chief executive Ben Scambary inviting him to consider whether pursuing the prosecution was the best way to protect sacred sites.

“Rather than engage in court proceedings around these issues, I strongly believe it would be preferable to work together with all stakeholders,” Acting Director of National Parks Jody Swirepik said in the letter published on the Parks Australia website.

Lawyers for Parks Australia last month asked the Northern Territory Local Court to adjourn the case, saying “constitutional issues arise with this prosecution and as such, the defendant is required to issue notices to the Commonwealth, State, and Territory Attorneys General”.

Swirepik said constitutional issues were likely to arise in any matter where a State or Territory brings a criminal case against the Commonwealth “due to the generally understood principles of Crown immunity”.

In the letter published on April 7, also acknowledged the significant distress the Gunlom works had caused traditional owners and other members of the community.

“For this, I am genuinely sorry,” she said.

She said Parks Australia was prepared to express contrition and make a public apology or issue a statement of regret about the importance of sacred sites and shortcomings in the process adopted for the Gunlom works.

Parks Australia staff have been directed to ensure impact assessments are carried out before any work is started at Kakadu, she said.

Any future work that may impact a sacred site will be referred to the Kakadu cultural engagement manager and Authority Certificates will be sought.

Swirepik said the offending section of the Gunlom walking track would be moved and an Authority Certificate had been sought and obtained from the Aboriginal Areas Protection Authority.

If the court case does proceed, about 18 witnesses are expected to be called and the hearing is expected to run for about eight days.

Before Aboriginal Areas Protection Authority issues an Authority Certificate it consults traditional owners about the sites to understand how the sacred site should be protected and what restrictions and conditions should be applied to the proposed works.

The maximum penalty under Northern Territory law for carrying work on a sacred site without a certificate is AUD 3,14,000 ($2,38,590).

The matter will return to court for directions hearing on April 30.

Aboriginal Areas Protection Authority has been contacted for comment.