A lawyer for a Sydney woman has suggested Australia is helping to violate Chile’s constitution. 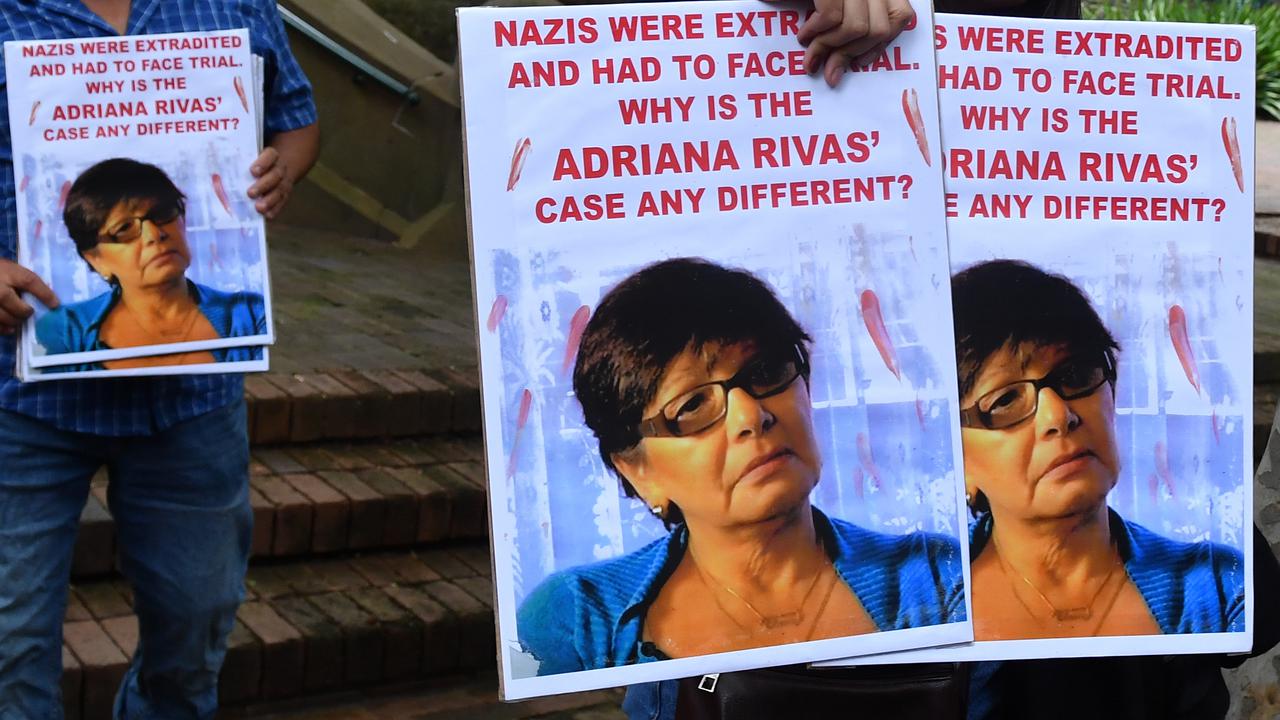 Adriana Rivas denies being involved in the disappearance of seven people under the Pinochet regime. (AAP Image/Dean Lewins)

CANBERRA, Australia — Australia is getting involved in violating Chile’s constitution, according to the lawyer of a Sydney woman fighting extradition over alleged secret police crimes.

Frank Santisi says Chile was prosecuting people over conduct under a military dictatorship in the 1970s, despite an amnesty on such conduct and a 15-year limitation statute for prosecutions.

“(The Chilean courts) are effectively in contravention of their own constitution,” the barrister told the Federal Court on April 6.

“When one reads the material, they involve Australia to take part in what is a violation of their own constitution.”

His client, Adriana Rivas, denies being a former operative for Chile’s police and being involved in the disappearance of a pregnant woman and six other people during Augusto Pinochet’s dictatorship in the 1970s.

The Chilean government alleges she was part of a Direccion de Inteligencia Nacional brigade that physically and psychologically tortured members of the communist party who opposed Pinochet’s regime.

Rivas, who immigrated to Australia in the late 1970s and worked as a nanny, has been in New South Wales’ custody since February 2019 following a request from Chile for her extradition.

A Sydney magistrate in October ruled her extradition was legal — a decision now under Federal Court review.

Rivas has attacked the validity of a recent ruling by Chile’s highest court that prosecutions over certain Pinochet-era crimes were legal.

But Trent Glover, representing the Attorney-General’s Department and the Republic of Chile, pointed to higher courts’ form in overturning long-held conventions.

One example was Australia’s High Court ruling in 2012 that the federal government had no power to fund a religious program in Queensland state schools.

Issues of amnesty and statutes of limitation were matters for Chilean courts, he said.

“They can be raised in the domestic law, the criminal law processes in Chile,” Glover told Justice Wendy Abraham on April 6.

Rivas, now aged in her late 60s, says she was no operative and, in fact, held a mundane secretarial job for someone who reported to the head of the Dirección de Inteligencia Nacional.

Santisi said his client wasn’t accused of killing any of the seven victims or taking part in their torture or kidnappings but was somehow criminally responsible for being at the Dirección de Inteligencia Nacional headquarters at the time.

Yet, the material in Chile’s extradition request was devoid of specifics such as whether the times she was there matched the times of the alleged crimes, he said.

“She may have engaged in guard duties at the front gate, and that’s it,” he said, adding it “sounds very much like a Nuremberg defense, but it’s not”.

“Putting aside the morality of it all,” the Pinochet regime had gone to the length of legitimizing the Dirección de Inteligencia Nacional by establishing it under decree law, separating it from criminal groups going out to rob or murder people, Rivas’s barrister said.

But Glover said there were 105 pages in the extradition request outlining the alleged conduct as well as witness statements.

“(It’s) simply not right to say that the magistrate just regurgitated what Chile was telling him to,” he said.

Justice Abraham will deliver her decision at a later date.