VIDEO: Amelia, The Bear, Pops Out Of Hole In Snow After Months Of Hibernation

Video shows Amelia popping out of her snow-covered winter cave and enjoying the spring sunshine. 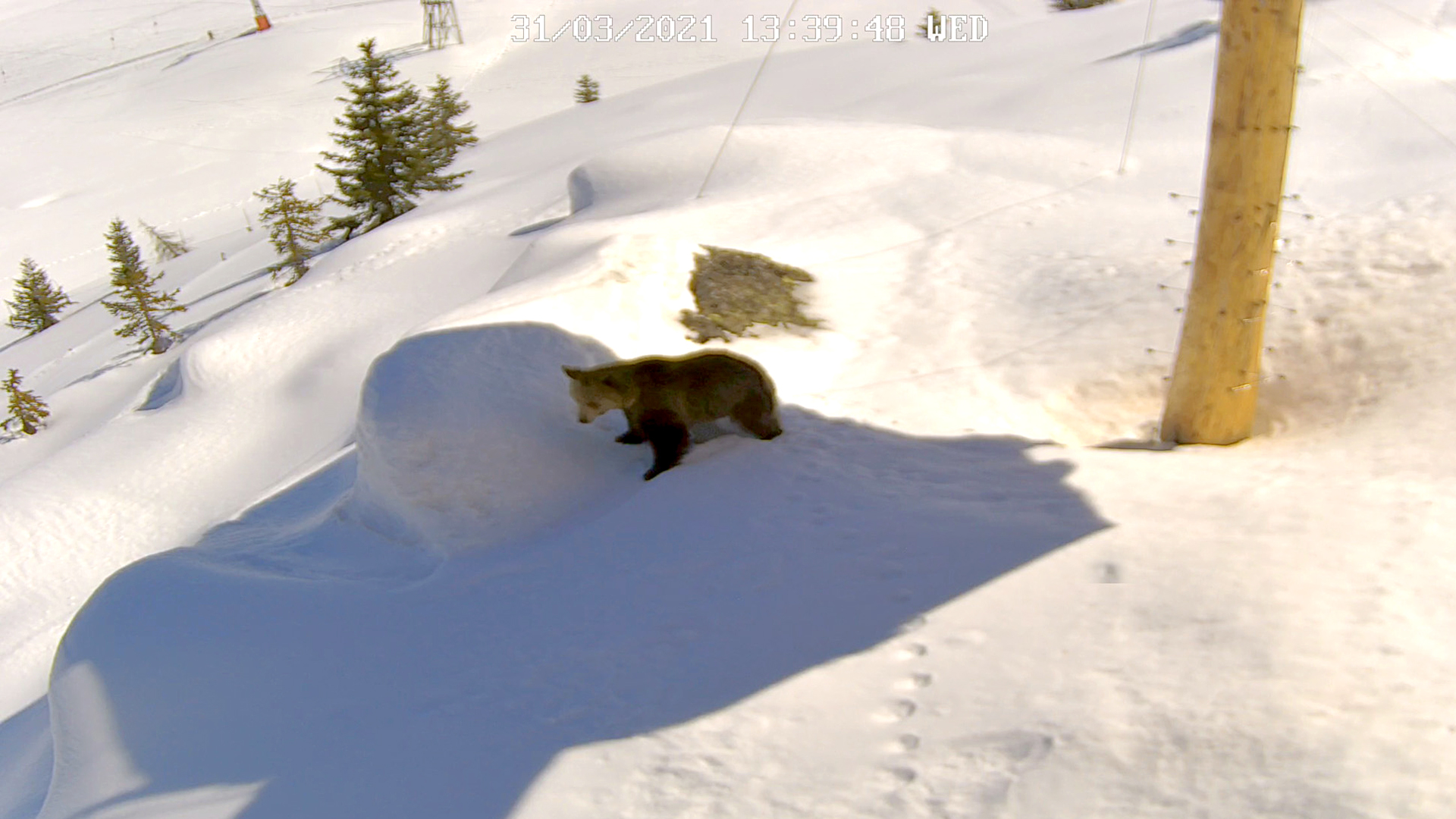 Female bear Amelia from the Arosa Bear Sanctuary in Switzerland comes out of her cave after four months of hibernation. (Arosa Bears Foundation, FOUR PAWS/Newsflash)

AROSA, Switzerland — A female bear woke up from hibernation and emerged out of the snow after snoozing for the last few months.

Amelia, the bear, was filmed waking up at the Arosa Bear Sanctuary in the Swiss mountains after months of sleeping under snow cover. Visitors in the winter resort town of Arosa in the Swiss Canton were amazed to see Amelia come out of her winter hibernation.

The video shows Amelia popping out of her snow-covered winter cave and enjoying the spring sunshine.

Meimo, a male pal in the same sanctuary that woke up before, was also seen by visitors.

In November 2020, both Amelia and Meimo were looking for a suitable shelter in the sanctuary and found caves near the skiing trail.

The sanctuary said both the bears had plenty of fat reserves, which helped them maintain physiological functions like breathing and keeping a core body temperature while hibernating.

Unlike Meimo, who rested in his cave until mid-January and made a nest with fir branches in front of the cave entrance, Amelia did not leave her cave until March 31.

The Arosa Bear Sanctuary is open to visitors of all ages who want to see its three remaining residents Amelia, Meimo, and Jambolina.

As per a report by AlpenWild, after a brown bear was shot by a hunter in 1904, they were extinct from the Swiss Alps through most of the 20th century. But in recent years, bears from the Slovenian Alps have extended their range into Austria, and in 2008 there was a sighting in eastern Switzerland.

“Given adequate protection, it’s likely that bears will continue to extend their range and possibly even move into other areas of the Swiss Alps where they have long been extinct,” states the study.

“Brown bears pose no real threat to hikers. In July 2006, Switzerland brought a ‘bear plan’ into force to promote coexistence between humans and bears. It provides for bears to be killed if they are classified as a risk to humans, notably by frequenting human settlements and ignoring attempts to deter them.” 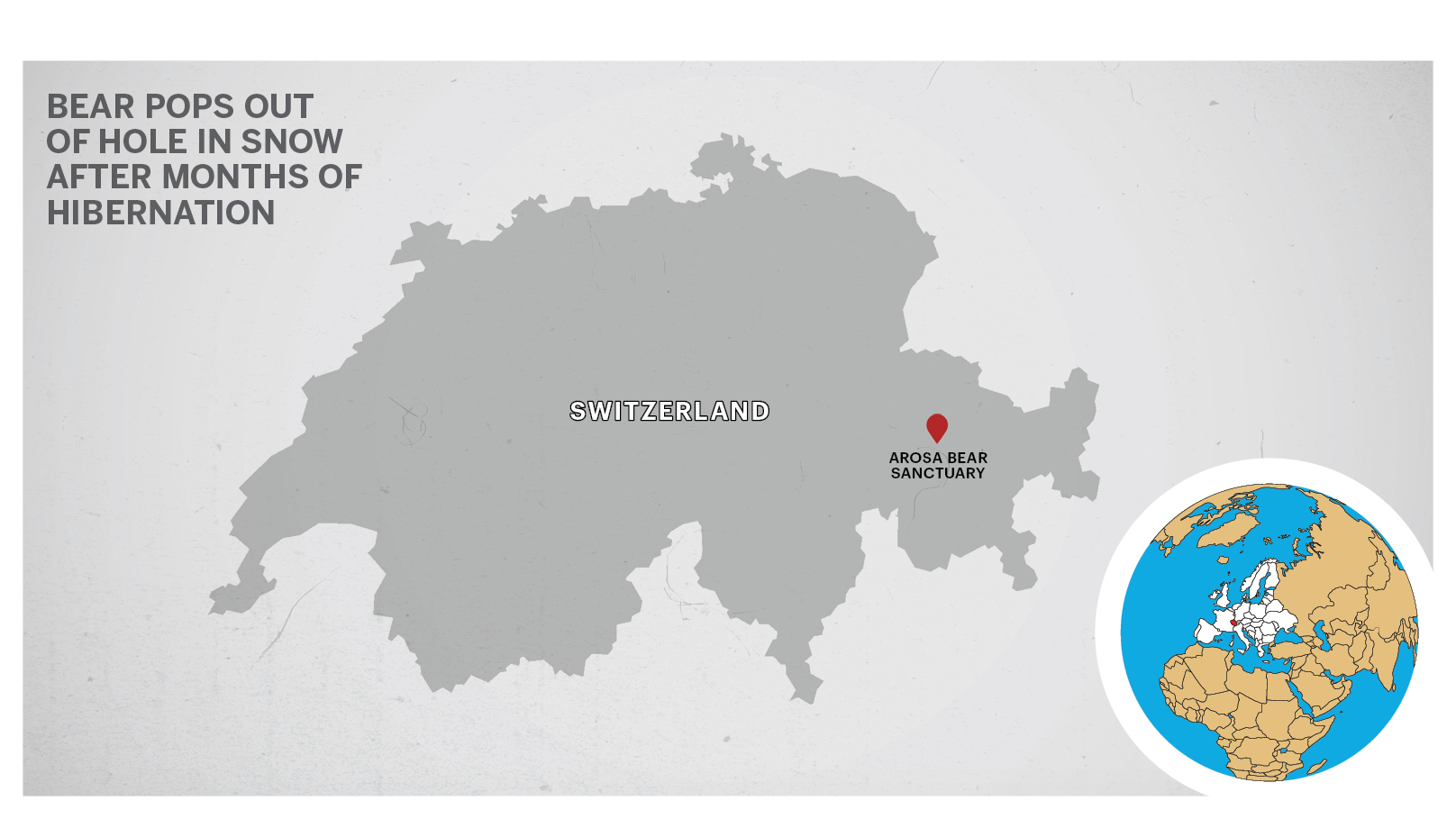 Since March 2008, there have only been a few wild bears in Switzerland. The bear, known as M13, was believed to have killed several sheep on various occasions. M13 was first seen in April 2012. On several occasions, he was seen near houses. He was fitted with a transmitter, which showed him wandering between Switzerland, Italy, and Austria.

In April 2012, M13 was hit by a train in Graubünden. Towards the end of 2012, M13 appeared in the Val Poschiavo, where he killed a donkey, destroyed beehives, and broke into a holiday home. His behavior led the environment office to classify him as a “problem bear.”

“After waking up in February 2013, he continued to show total lack of fear of humans. He was classified as posing a safety risk and shot on February 19, 2016,” states the study.

More recently, a bear, known as M29, who was born in Italy, migrated into Switzerland in 2016. The bear wandered north and, in April 2018, was spotted in Engelberg. This was the first bear sighting in canton Bern in 190 years.