Remembering Elgin Baylor, The Player Who Saved The LA Lakers

Hall of Fame legend brought “Showtime” to the NBA. 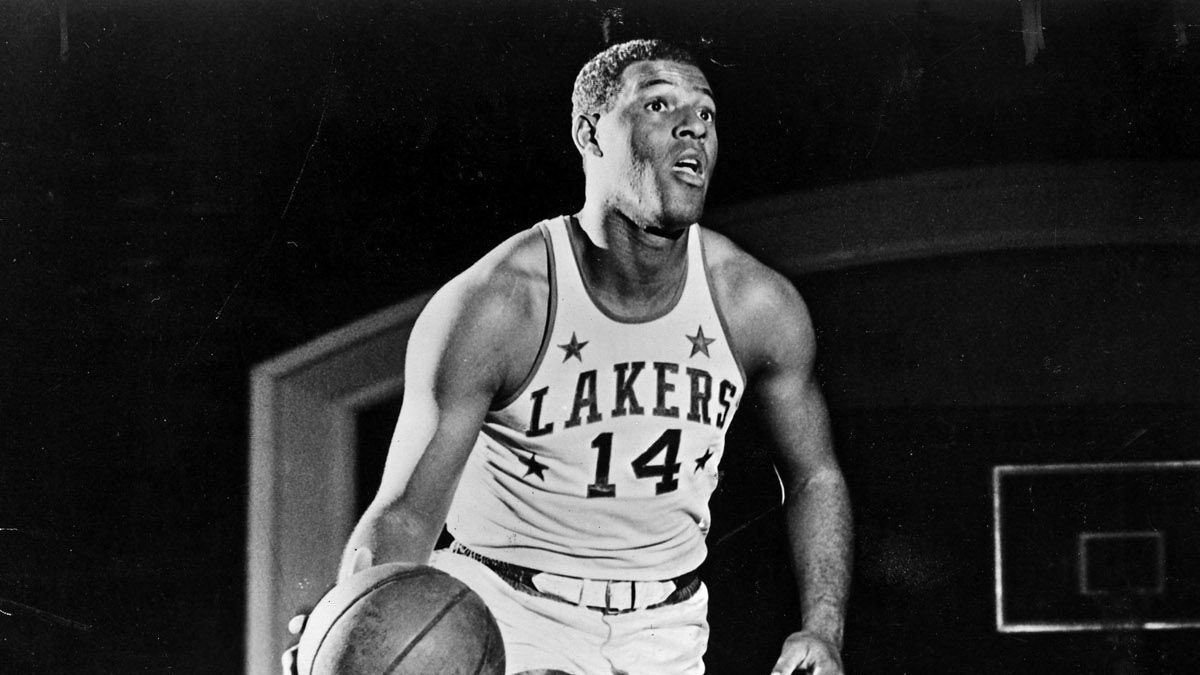 Elgin Baylor, 86, deemed one of the 50 greatest all-time players in the history of the NBA, died on March 22 of natural causes. (@TheElginBaylor Twitter)

Baylor, 86, deemed one of the 50 greatest all-time players in the history of the NBA, died on March 22 of natural causes.

Baylor was one of the first players in the league to make a name for himself on and away from the court. His game was so flashy and stylish that many credit him with creating the “Showtime” experience that brought entertainment to pro basketball and increased the league’s popularity.

In an era when African-American players were mainly drafted to be defensive specialists and rebounders, he creatively scored with acrobatic layups and fancy handles that made him one of the first marquee attractions who wasn’t a big man.

During an entire career spent playing with the Lakers, his impact was immediate and long-standing. Baylor’s all-around game allowed him to be a prolific scorer while making the other players around him better. He entered the league with a flash as an All-Star and a game that featured its own personality, which connected with fans in Southern California, including many celebrities.

“To me pound for pound for he invented and was the first to hold the title of the best player in the game of basketball,” said ESPN columnist and writer Robert “Scoop” Jackson.

Before joining the NBA, Baylor’s last year of college play at Seattle University turned into something of a Cinderella story, as he led the Chieftains [now referred to as the Redhawks] to the national championship game in 1958 against the University of Kentucky.

Despite Baylor’s 25-point/19-rebound performance, the Wildcats won 84-73. Nonetheless, he was named outstanding player of the tournament. Baylor was also a consensus All-American in 1958 on a team featuring fellow Hall of Famers Wilt Chamberlain and Oscar Robertson.

Then, in the 1958 NBA draft, Baylor was selected first by the Lakers. A year before he was drafted, the Lakers — then located in Minneapolis — was a moribund franchise that couldn’t win, with a last-place 19-53 record. Baylor dramatically changed the trajectory of the franchise by leading it into prominence.

Baylor was named 1958-59 NBA Rookie of the Year and helped the Lakers improve to 25-50, which earned the team a spot in the playoffs. He averaged 24.9 points, 15 rebounds and 4.1 assists that season. That’s also the year the team moved to Los Angeles, where it eventually became one of the most iconic sports franchises in the world.

Before the Lakers moved to the Great Western Forum in Inglewood, they played at the Los Angeles Sports Arena downtown. It was there that the team’s celebrity fan base was born, as many stars from the small and silver screens created an atmosphere that was part “Access Hollywood” and part “SportsCenter.” Celebrities such as Doris Day and James Garner were routinely seen at their games, which laid the foundation for the happening that Lakers games have become at the Staples Center.

“Elgin was the superstar of his era — his many accolades speak to that,” said Lakers owner Jeanne Buss in a statement released in after Baylor’s death.

“There are some players whose skills transcend eras,” said former high school basketball coach and D.C. broadcaster “Coach” Butch McAdams. “This guy was too quick for the big players to guard and too strong for his players to check.”

By 1962, Baylor helped lead the Lakers to the NBA Championship playoffs against the Boston Celtics. In game five of that series, Baylor scored a championship round record 61 points, but his team was eventually beaten by Boston for the title by four games to three.

Baylor and Chamberlain would ultimately lead the Lakers to the 1971 NBA Championship that ended the frustration of repeatedly losing to the Celtics during the twilight of Baylor’s career. He was named to the NBA’s 35th and 50th anniversary teams, solidifying himself as one of the game’s all-time greats. In his career, Baylor averaged 27.4 points 13.5 rebounds and 4.3 assists per game. He scored 23,149 points and grabbed 11,463 rebounds while dishing out 3,650 assists.

“Elgin Baylor was the LeBron James of his generation,” McAdams said.

Baylor’s star was born after he scored 44 points against Cardozo High when he was a student at Phelps Vocational High School in Washington, D.C., in 1952. He was also one of the first superstars of the game at venerable Spingarn High School, first all-black high school in the nation’s capital, in his senior year in 1954.

“If there was a Mount Rushmore of NBA stars from the D.C. area, it would be Kevin Durant, Dave Bing and Adrian Dantley,” McAdams said. “But at the top of my list would be Elgin Baylor.”

Not only was Baylor a tremendous player, he also had a major impact on the game’s sidelines and in the executive offices. He coached with the New Orleans Jazz for one season before returning to LA to become a front-office executive. For 22 years, he was vice president of basketball operations for the Los Angeles Clippers.

He was known as an excellent talent evaluator who kept the Clippers relevant in Los Angeles despite the large shadow of the Lakers hovering over the Southern California fans as the era of Magic Johnson and Kareem Abdul-Jabbar was blossoming. In addition, he deftly navigated the franchise through the organizational quandary brought by the late owner Donald Sterling when his racially incendiary remarks about black players were caught on audio tape, which led to NBA Commissioner Adam Silver effectively stripping him of the team in 2014.