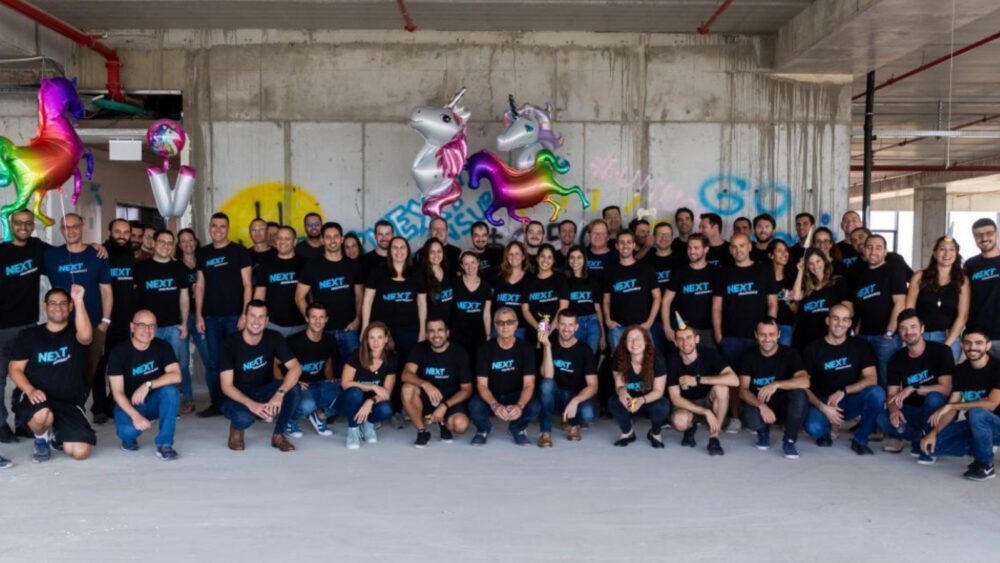 Next Insurance employees celebrate a $250 million funding round, bringing the company’s valuation to $4 billion. (Nadav Karlinsky)

The most money was raised by Next Insurance, which completed a $250 million funding round at a valuation of $4 billion.

Next brings affordable, tailored insurance products to small businesses and self-employed people in the United States, and recently began a partnership with Amazon to offer digital insurance for the first time through the Amazon Business Prime platform.

It was the second $250 million raise for Next in the past six months and brings the five-year-old startup’s total investments to $881 million. This round was led by FinTLV Ventures and Battery Ventures.

At a valuation at $1.4 billion, Yotpo now joins Israel’s fast-growing list of unicorns.

Orca Security also became a unicorn, landing $210 million in Series C funding at a $1.2 billion valuation. The cloud cybersecurity company has raised a total of nearly $300 million since its founding two years ago.

By the end of 2021, Orca Security plans to have nearly tripled its R&D and sales teams since its A round in May 2020. The company also aims to expand its sales offices in Europe and open an office in Australia.

Another cloud security startup, Wiz, raised $130 million in March at a valuation of $1.7 billion. It’s only been four months since Wiz emerged from stealth with the announcement of a $100 million funding round.

Headquartered in Tel Aviv and Palo Alto, Wiz was founded in March 2020 by a group led by Assaf Rappaport, formerly head of Microsoft’s Cloud Security Group.

The large investments won in March by cybersecurity companies such as Orca, Wiz and CYE (which raised $120 million in February) — plus others such as SecuriThings, Vulcan Cyber and Cynet that raised less than $100 million each — adds up to a record-breaking $1.5 billion for Israeli cyber startups in the first quarter of 2021.

Kobi Samboursky, founder and managing partner at Glilot Capital Partners — Israel’s first cybersecurity venture fund, started about 10 years ago — acknowledged that the sector is sizzling, thanks to the pandemic.

“With Covid, many people managing public and private money realized technology is the way to go, and cyber defense specifically became stronger because just like the good guys are going more digital so are the bad guys,” Samboursky said.

He said that until about two years ago, cybersecurity was about protecting endpoints and networks.

“Now, because of the move to the cloud, companies need to redo their security solutions, and there’s a real opportunity to create big companies because you’re getting into an empty space and have a big advantage over traditional companies,” he said.

“There may be bubbles and inflated valuation here and there, but all in all, there is merit to what is happening now given the need to rebuild the security stack for cloud-native security.”

Samboursky expects cyber to remain a strong sector in Israel “because of the talent coming out of the military and a strong base of internationals here. It’s the perfect place to start a cyber company. I would dare to say we are not even second to Silicon Valley in this sector. Israel became like a brand name in cyber.”

March is marked by mega investments in Israel companies appeared first on ISRAEL21c.