The greater glider population in the Blue Mountains has halved after the 2019-20 bush fires and prolonged drought and heatwaves. 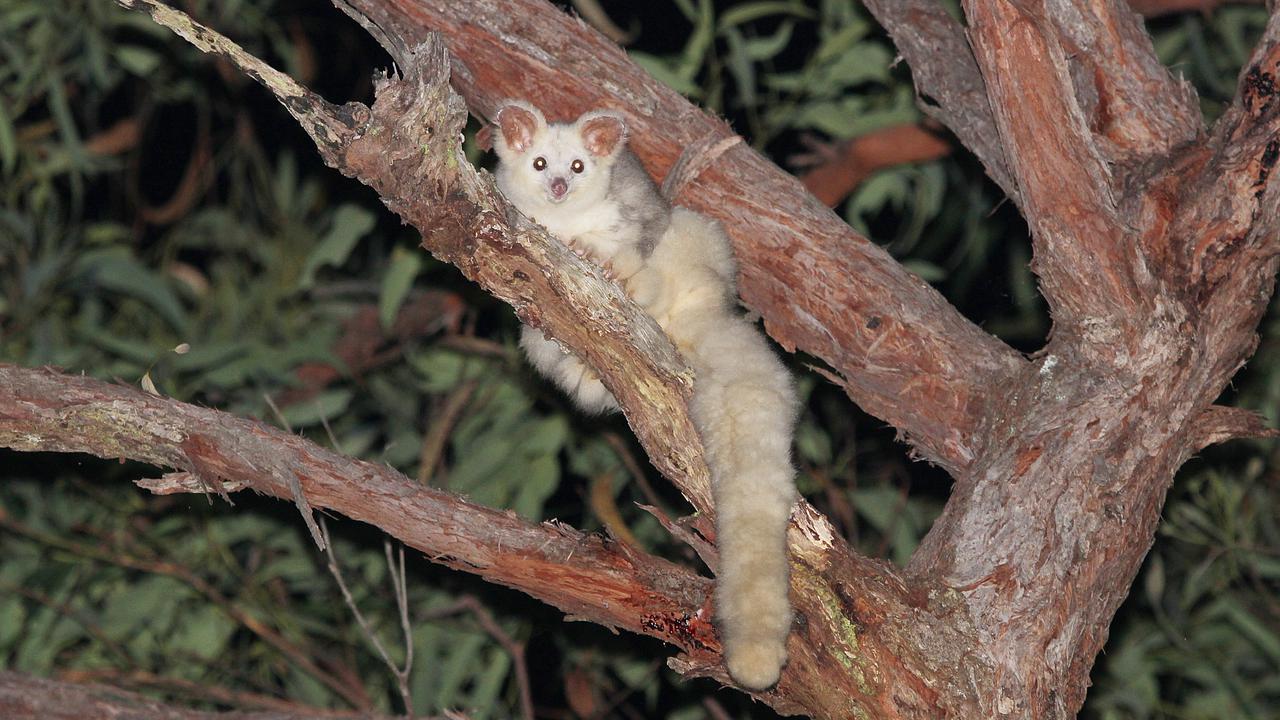 Greater glider numbers in the Blue Mountains have been badly hit by fire, drought and heatwaves. (AAP Image/Supplied by Peter Smith)

BLUE MOUNTAINS CITY COUNCIL, Australia — The population of greater gliders in the New South Wales Blue Mountains, Australia, has more than halved after the 2019-20 bush fire season and years of drought and heatwaves.

Local ecologists who used spotlighting and wildlife cameras to survey the gliding marsupials’ habitats estimate that numbers have declined by 60 percent in the mountain region.

Peter and Judy Smith, glider experts, looked at six burnt sites at Wombeyan and Jenolan last November and December to compare the population to surveys from before the 2019-20 fires.

“We found a significant decline in the population in the research area and estimate that the overall reduction in greater gliders as a result of the fires alone was around 45 percent,” said Peter Smith.

They also did spotlight surveys in areas that the fires hadn’t hit.

The results showed that the drought and heatwaves leading up to the fires had a “major impact” even in places the fires didn’t reach.

Based on the two studies, they estimate the overall reduction in the Blue Mountains population to be about 60 percent.

The study was commissioned by the World Wide Fund for Nature-Australia and the Great Eastern Ranges Initiative.

“It is alarming that more than half the Blue Mountains greater glider population may have perished,” said Kita Ashman, WWF ecologist. “They are one of several species heavily impacted by the bush fires.”

Greater gliders are the world’s largest gliding marsupial. Using a membrane that stretches from their elbow to their ankle, they can sail between trees for up to 100m at a time.

Their teddy bear-like appearance caught the attention of people worldwide during the fires, which took a significant toll on the vulnerable species. This comes after many years of drought, which is feared to have already heavily impacted glider populations.

Greater Gliders were recorded post-fire on four transects, but none were found in two transects where 100 percent of the eucalypt foliage had been killed in the fire.