50 Years On, Pakistan Continues To Censor 1971’s War Of Liberation 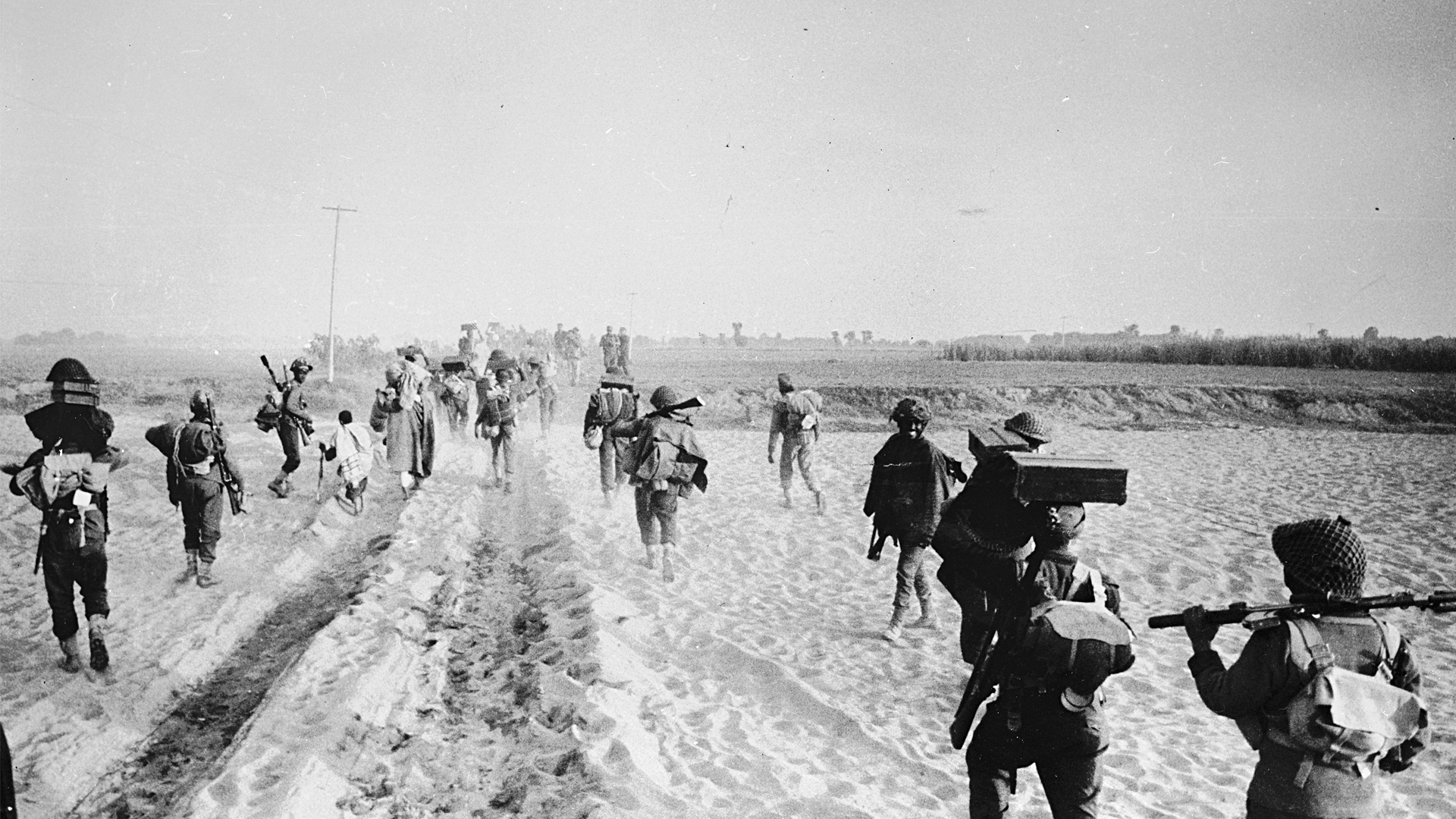 LAHORE, Pakistan — The cancellation of an event in Pakistan commemorating Bangladesh’s 50 years of independence has precipitated the debate around Pakistan’s acknowledgment of war crimes.

The organizers did not point out the reasons for the cancellation of the event. When approached, Ali Usman Qasmi, historian and professor at the Lahore University of Management Sciences, told Zenger News he would issue a statement.

The statement is yet to come.

“The cancellation of the conference shows that even after half a century, the structure of power feels so threatened by the mention of past mistakes that it will not risk listening to criticism,” linguistic historian Tariq Rahman, author of “Language and Politics in Pakistan” and a slated panelist at the canceled event, told Zenger News.

“The past has told me that unless countries — nation-states — do not move away from their notions of national interest and sovereignty, things will not change. I have little hope despite some positive gestures,” Tariq said. 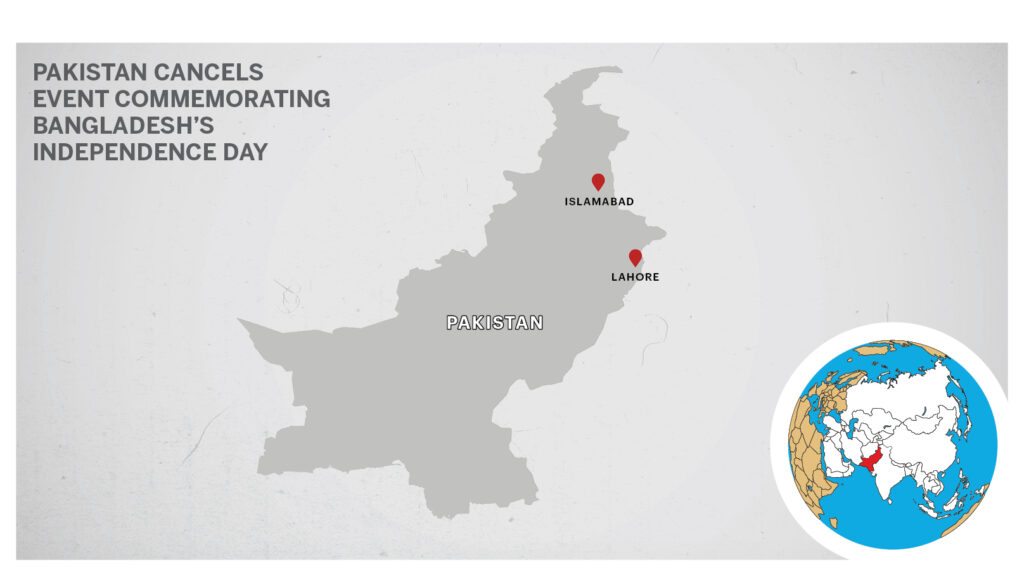 While actions on the part of the state and non-state actors have combined to enhance censorship, making certain debates increasingly tricky, the events of 1971 continue to rank near the top of the list of themes largely under the state’s grip.

The leaders of the movement accused Pakistan (then West Pakistan) of appropriating its eastern territory’s resources, denying the locals basic human rights, and curtailing the democratic rights of the citizens.

The events of the winter of 1970 reached their epoch when Bangladesh Awami League triumphed in the December elections. Pakistan’s military dictator Yahya Khan and Pakistan Peoples Party leader Zulfikar Ali Bhutto refused the transition of power. The already resonating calls for freedom exploded into a formal announcement in March 1971.

The West Pakistan military launched Operation Searchlight in ‘East Pakistan’. India intervened, which it claimed was on appeals from Sheikh Mujibur Rahman and considering humanitarian violations, while Pakistan accused India of fanning separatism.

The intervention turned into a war between the neighbors, which Pakistan lost. The mayhem ended when the Pakistan Army signed the instrument of surrender in Dhaka on Dec. 16, 1971.

Bangladeshi authorities maintain that the Pakistan Army and their accomplices killed at least three million Bengalis and raped over 200,000 women. Multiple independent researchers have established the death toll at between 500,000 and three million, making Operation Searchlight a perpetration of genocide.

But, the narrative in Pakistan concerning the events from 1971 is a stark contrast.

Based on figures from the Army’s general headquarters published in the Hamoodur Rahman Commission Report, the immediate Pakistani claim asserted that only 26,000 people died in military action in 1971.

Distortion of memory and attempts of historical revisionism

For instance, the Grade IX-X textbooks approved by Pakistan’s Federal Board of Intermediate and Secondary Education. The books maintain that ‘East Pakistan’ had a “very big Hindu population”, which had “deep pro-India sympathies” making the province vulnerable to secessionism and dismemberment.

Multiple historians have narrated how Bengali Hindus were the Pakistan Army’s primary target, with rulers in West Pakistan, especially the military, accusing them of espionage.

In “The Blood Telegram”, a book based on memos from then American Consul General to Dhaka Archer Blood, author Gary J. Bass describes the singling out of Hindus and mass burning of Hindu settlements in Bangladesh. Hindus also constituted the vast majority of the over eight million Bengalis who fled to India in 1971.

“Pakistan must acknowledge that the Army at the time, and the government, perpetrated genocide,” Munshi Faiz Ahmad, director-general, Bangladesh Institute of International and Strategic Studies and former ambassador to China, told Zenger News.

“That is what will bring closure. This closure is essential if we wish to take the relations forward.”

With Pakistan’s founding Two-Nation Theory — that Muslims and Hindus were two separate, mutually antagonistic, nations that can’t coexist — still being taught in the country, coupled with the Army’s self-imposition as the guardians of “ideological frontiers”, historians believe that acknowledging the past would translate into a shakeup of the status quo.

The International Crimes Tribunal, set up by Bangladesh in 2009 to try war criminals from 1971, sentenced 11 people affiliated with the Jamaat-e-Islami, the largest Islamist party in Bangladesh, to death between 2012 and 2014. Islamabad issued condemnations against Dhaka’s trial of war criminals.

“We were trying the perpetrators of crimes against humanity — the Bangladeshis who sided with the government and Pakistan condemned these trials. This was too much. This destroyed the working relationship,” said Ahmad.

Despite Pakistan’s lack of acknowledgment of the 1971 war crimes, Islamabad and Dhaka found some semblance of bilateral normalcy following Bangladesh’s creation.

The Zulfikar Ali Bhutto-led government recognized Bangladesh in 1974, as Sheikh Mujibur Rahman attended the Organization of Islamic Conference summit in Lahore. In his Bangladesh visit that year, Bhutto “regretted the crimes” committed in 1971.

Military dictator Pervez Musharraf offered a similar statement in Dhaka in 2002. However, the extent of the crimes, let alone genocide, has never been acknowledged by Islamabad.

“The crimes committed by Pakistan Army do not make all of Pakistan complicit. Pakistan needs to make that distinction as well. Unfortunately, anyone who comes to power in Pakistan becomes a party to [the state narrative],” Ahmad said.

However, the past year or so has seen a resumption of progressive diplomatic engagement between Islamabad and Dhaka.

Last year, the two prime ministers Sheikh Hasina and Imran Khan, held a telephone conversation, with Hasina extending an invitation to visit Bangladesh. On March 23, Hasina wrote to Khan on Pakistan’s Republic Day, with the latter reciprocating the gesture on March 26, to offer congratulations on Bangladesh’s Independence Day.

Despite the opening of channels toward bilateral cooperation, analysts maintain that a strong foundation in Pakistan-Bangladesh relations can only be laid when Islamabad formally acknowledges the crimes of 1971.

“50 years on, 1971 in many ways remains unspeakable in Pakistan,” Anam Zakaria, educator, historian, and the author of “1971: A People’s History from Bangladesh, Pakistan, and India”, told Zenger News.

“Efforts to challenge this selective remembering and forgetting are often met with a stifling resistance.”

Zakaria believes Pakistan must introspect and acknowledge the violence against Bengalis and the ethnic minorities who fought for Bangladesh’s independence.

“The denial of violence after committing violence is another form of violence,” she said.

Analysts further maintain that such course correction on the part of Islamabad is necessary for closure and progress with Dhaka and readdress the treatment of many dissenting voices and disenfranchised within the country such as the Baloch, Pashtun, and other ethnic groups.

“This is not only essential for those who have suffered unimaginable pain in Bangladesh but also because the otherization, demonization, and marginalization process of other communities continues in Pakistan,” Zakaria said.

«Previous Post
Lathmar Holi: Zooming In On The Angles Of Caste And Misogyny In India’s Twin Villages»Next Post
Study Warns South Asia Will Be In Grip Of Routine Heatwaves From 2040