She joins a notable list of first ladies who adopted the same cause. 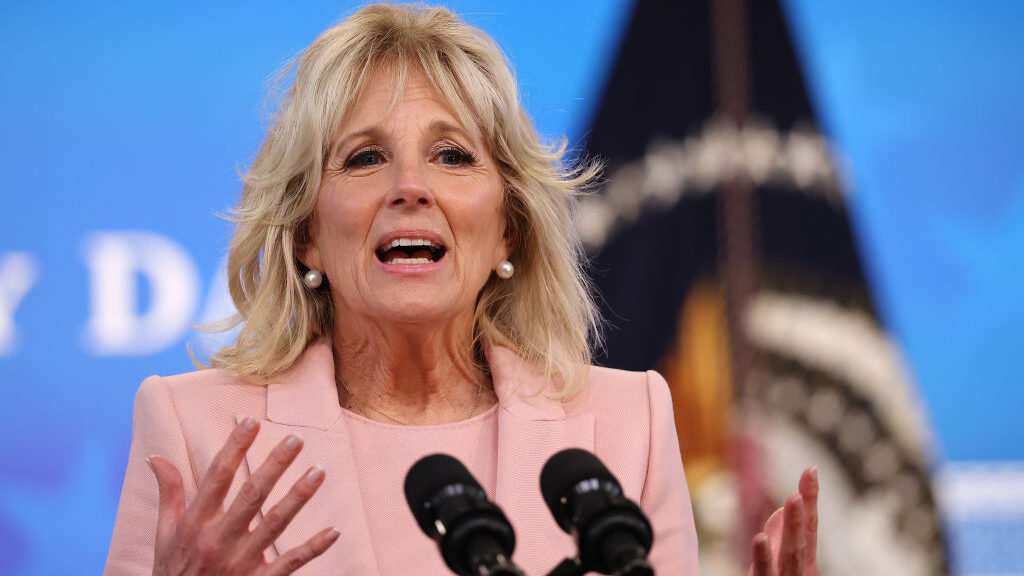 On Wednesday, Biden rolled out the next steps in an initiative called Joining Forces that she started with first lady Michelle Obama 10 years ago during the Obama administration.

During her virtual speech to military families, advocates and stakeholders, she outlined the priorities of the program: employment of military spouses, military child education, and the health and well-being of those who have served and their families.

“You may not wear a uniform, but you serve, and you sacrifice for us all,” she said from the White House. “You are the rudder that steers our military, and supporting your physical, social and emotional health is a national security imperative.”

“We will work with employers to create more flexible, transferable and remote job opportunities for military spouses, as well as increasing resources for those interested in entrepreneurial endeavors,” her statement said. “We will also ensure that military families are included in the administration’s overall policies, aimed at improving economic security for all families.”

Employment is one of the challenges for military spouses.

A 2019 Department of Defense survey states that military spouses had an unemployment rate of 22 percent, pre-pandemic. The impact of the coronavirus has created additional strain.

Further, deployments can be unexpected, and moves are frequent. Entrepreneurship activity can be disrupted by transitions. Daily childcare stability and caregiving for families with special needs are among other challenges military families face. Veterans also encounter hurdles translating specialized skills to the civilian job market.

During the first five years of the Joining Forces program in the Obama administration, some 1.5 million veterans and military spouses were hired or trained by employers. As a result of advocacy with state governors, employment barriers were removed in all 50 states.

“Service members cannot be focused on their mission if their families don’t have what they need to thrive at home…,” Biden said in her address.

In the United States, more than 2 million children have parents who are active-duty service members, National Guard or reservists, or military veterans. The timing of the initiative announcement coincides with the Defense Department’s observance of April as the Month of the Military Child, noted by a presidential proclamation.

According to the Defense Department, children cope with moves every two to three years on average, with long-term separations from a parent or guardian, which results in a higher impact on emotional health.

The program includes families with special needs, and broadly aims to “support military-connected children in their classrooms and help ease the burdens” of frequent transitions with educators and providers.

Joining Forces coordinates partners in assisting with the long-term well-being of families, caregivers and survivors, including access to resources for food security and mental and emotional health support.

Biden, a military mother and grandmother whose father served in the Navy, said: “We have an all-volunteer force — and it continues only because generations of Americans see the honor, dignity, and patriotism of military service. How can we hope to keep our military strong if we don’t give our families, survivors and caregivers what they need to thrive? That’s what Joining Forces is about.”

Over the years — in modern and historic times — first ladies have rallied support for service members and their families. During the Trump administration, first lady Melania Trump made a number of visits to military families and military bases across the country. When Hillary Clinton was first lady, she visited troops and worked to have the administration address Gulf War Syndrome. During World War I, first lady Florence Harding visited wounded soldiers, as did first lady Eleanor Roosevelt in WWII, including visiting the wounded in the South Pacific. In 1780, first lady Martha Washington started a campaign with other prominent women to provide aid to Continental Army soldiers.