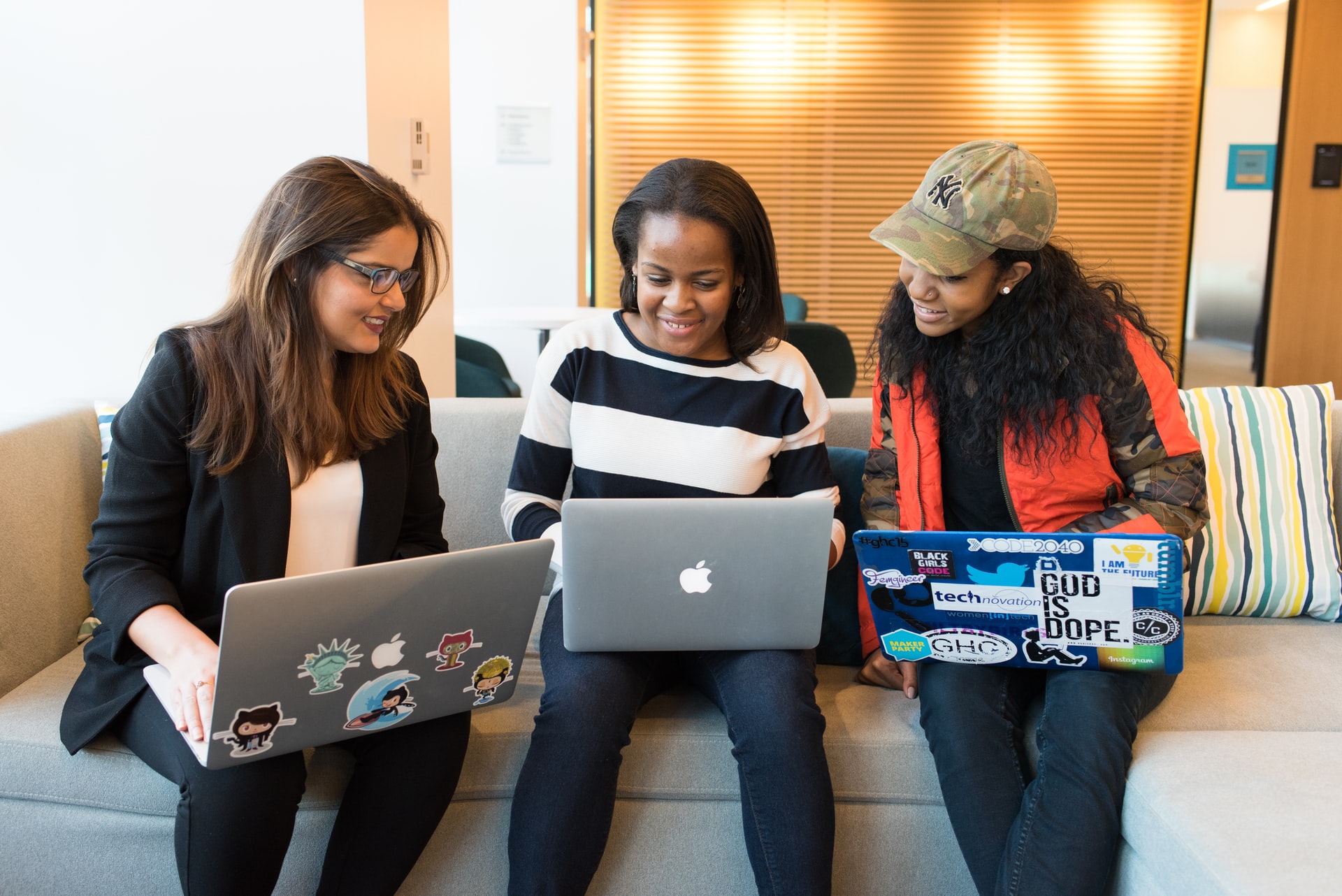 Diversity advocates say companies who are successful at diversity and inclusion will have performance and financial advantages over competitors who don’t adapt. (Christina Wocintechchat/Unsplash)

Untold millions of dollars plowed into six decades of corporate diversity training and consulting have failed to transform businesses, their cultures and the makeup of executive ranks, researchers say.

Multiple diversity experts who are people of color told Zenger News that what’s in place now doesn’t work. Whether companies will succeed, they said, depends on whether C-suite executives and their teams do the hard work that might give them performance and financial advantages over competitors who don’t adapt.

Although diversity programs have largely been responses to employees and the public, maneuvers to mitigate potential regulatory pressure, a diverse employee body and management team can deliver other benefits. “The reason we want people of different gender, race, and age at the table is because their unique experiences,” said Yinnan Shen, a fellow at Logos Institute for Crisis Management and Executive Leadership. Studies have shown positive correlations between diversity and such factors as financial performance, employee morale, and productivity, she said.

Six decades of diversity have failed to deliver on their promise. Research from the University of Pennsylvania and the University of Melbourne examining the effects of online diversity training, showed “evidence of attitude change and some limited behavior change” but concluded as others have found: “[O]ur results suggest that the one-off diversity trainings that are commonplace in organizations are not panaceas for remedying bias in the workplace.

Multiple data sources agree. CEO representation among people of color has improved somewhat, according to the 2019 volatility report from executive recruiter Crist|Kolder, based on surveys.

Nevertheless, Fortune 500 leadership remains stultified. More than 90% of CEOs are still white men, according to an analysis by Richie Zweigenhaft, an emeritus professor of psychology at Guilford College. And just 34% of director seats at the Fortune 500 are held by women or minorities, according to Deloitte.

Experts speaking to Zenger point to a feel-good checklist approach to diversity offered by high-paid consultants — an approach that fails to create real change, leaving those with power in corporations maintaining it.

“It’s a money-making scheme,” said Dr. Kimya Nuru Dennis, formerly a tenured university professor and now founder and owner of consultancy 365 Diversity. “Businesses, schools, and institutions hire people who aren’t going to have them change. The power majority does not want to lose power. When they do these trainings, they want to be told they’re doing the right thing. ‘You’re awesome.’”

And when the pressure to change is on, those in charge grasp at straws trying to show forward motion, according to Paul T. Harper, a clinical assistant professor of business administration at the University of Pittsburgh’s Katz Graduate School of Business.

“I do think sometimes, when I’m being somewhat skeptical of this in the short term, that people are [being asked] to do something” and they need to show results, Harper said. For a business, conducting a meeting becomes a metric — a woefully insufficient one, with no support to do more.

“There’s generally no budget or accountability connected to these efforts,” Harper said. “To those more analytic like I am, these are some of the ways to sniff out real effort. If you don’t see systems of accountability and don’t see a budget, that already tells you this is something the organization does not take seriously.”

As a result, turnover rates among those hired to fill diversity targets are high as they leave companies where they perceive only a surface interest in their goals.

“People need justice,” Harper said. “Those people you hire, even if they’re from marginalized groups, they [need to] feel they’re treated fairly and with respect and justice inside this firm.”

The future implications of ineffective-as-usual diversity programs can be daunting.

“You have the average age of a lot of those tradesmen and laborers who are nearing the retirement age, 46 and 47,” said Paul Robinson, founder of ConstructReach, a construction industry workforce development initiative and consultancy. “You have a need to backfill the industry with younger talent, but the younger demographic is the most diverse that it’s ever been.”

The construction can’t afford to push away younger people who could be vital to its future, according to Robinson. And the Brookings Institution reports that national demographics are shifting toward a likely majority-minority population by 2045. When African-Americans currently represent 6% and women 9.1% of the industry, as Robinson says, recruiting the next generation of worker is an even greater challenge.

“The industry has to think not only is it sustainable, but do we have the culture for a diverse demographic,” Robinson said.

High-tech is another off-putting industry, according to Allan Jones, founder and CEO of the human resources services company Bambee. “I’ve been in tech for 15 years,” he said. “I’ve been an executive at two other companies. I’ve never seen a CEO truly care about diversity.” 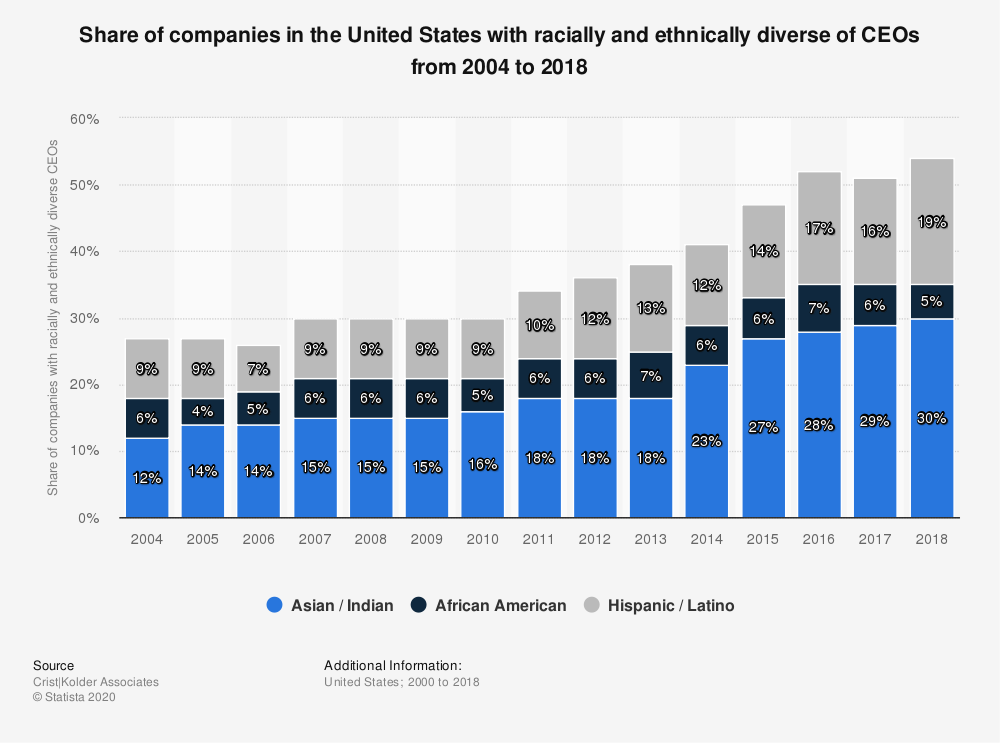 The good news, experts say, is that some corporations are developing a new attitude.

“I think there is not only a heightened awareness but an urgency in the part of leadership in various companies to actually do things differently and think a little differently,” said Michelle Crocket, the chief diversity officer and a partner in the labor and employment group at the law firm Miller Canfield.

Bridge Partners, an executive search firm with a focus on diversity and inclusion, has seen a great number of calls for recruitment help. Companies are looking to fill “chief diversity officer” and “director of equity and inclusion” positions.

“Clearly, the events of the [2020] summer and murder of George Floyd were a significant harbinger for many organizations,” said Toya Lawson, a partner at Bridge. She noted that last year, 90 of the Fortune 500 companies made public statements about racial justice.

“Which is great, of course,” Lawson said. “We welcome that. But we’re slightly taken aback that many organizations were talking for the first time.”

Hiring alone doesn’t change corporate culture: No one wants to be a token executive hire, and savvy professionals ask hard questions up front that many companies find difficult to answer.

Dennis won’t start a consulting assignment without first seeing extensive data from a potential client about its business and the makeup of its board.

“I tell them when they contact me, ‘You all already have the data,’” she said. “You have a lot of information. It’s in someone’s basement dusting up or on someone’s bookshelf.”

“I’ll say, ‘I do evaluations and assessments and I can help you,’ and that’s when they [frequently] disappear. They listen to experts who tell them something that they can find on a Google search,” said Dennis. “They tell businesses, ‘You can pay all this money and get a certificate.’”

But that’s useless, she said. “I tell people, ‘You can waste your entire life talking about bias’” without changing a result.

“We’re not baking a cake here,” said Harper. “There’s not some quick recipe that will make racial harmony in an organization. The old paradigms made companies over-confident about what could be accomplished. It took a hell of a long time to get here. It’s going to take a long time to get out of it. These are cultural issues at corporations. It’s going to take generations.”