“It is effortless to substitute meat for some other vegetal-based ingredient.”
By Carlos Moron April 6, 2021
Facebook
Twitter
Linkedin
Email 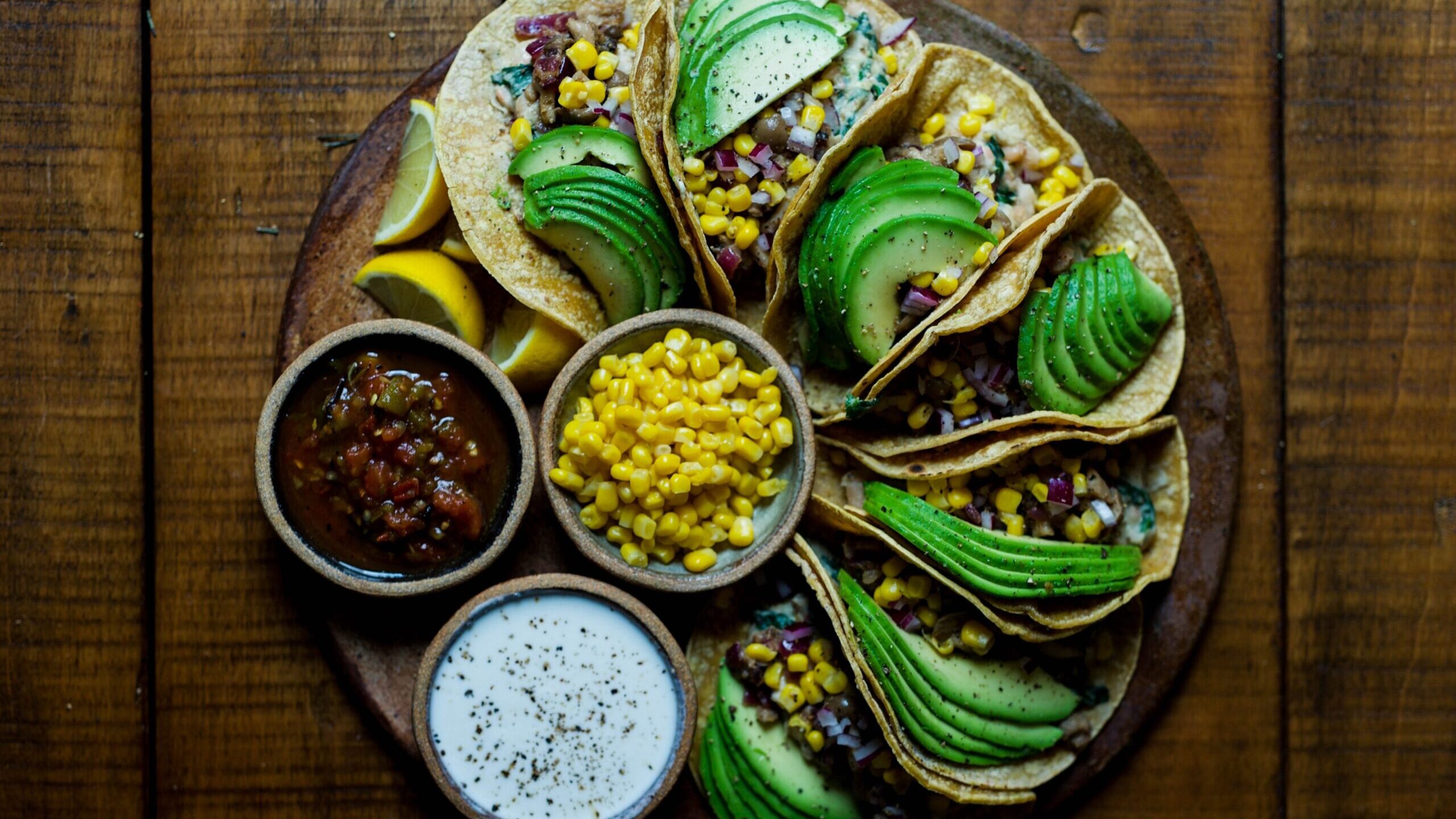 Tacos are compatible with a vegan lifestyle. Chili, corn, squash, or avocado can replace a taco’s meat filling. (Edgar Castrejon/Unsplash)

Mexican cuisine is one of the few cuisines in the world that has been declared Intangible World Heritage of Humanity. Fortunately, vegans can enjoy its rich flavor variations without compromising their lifestyle.

“It is effortless to substitute meat for some other vegetal-based ingredient,” said Álvaro Ricárdez Terán, a vegan residing in Veracruz. “For example, making vegan pozole is as simple as replacing the meat with mushrooms, which mix well with the corn and broth.”

Mexican gastronomy is one of the most extensive and adaptable regarding ingredients.

Since pre-Colombian times, the myriad of civilizations that settled in Mexico had mainly a plant-based diet. The only domestic animal native to Mexico was the turkey, and the other animal-based proteins accessible were fish and insects.

Natives ate grains such as corn and amaranth; vegetables such as chili, beans, tomatoes, zucchini; and tubers like jicama. Other ingredients became part of Mexican cuisine after the Spanish arrival, including rice, potatoes, sweet potatoes, onions, bananas and several types of meat.

Because Mexican cuisine’s main ingredients are vegetables, the vegan diet can easily mold accordingly to it.

“Another dish we can easily prepare is enfrijoladas, which can be filled with potatoes or zucchini,” said Terán. “Fresh tortillas bathed in a black bean soup, with some onion and serrano peppers to add color and flavor. Quite easy to make and extremely delicious.”

Other traditional dishes, such as Yucatecan pork ‘pibil’ or fish ceviche, can interchange the animal-based protein with mushrooms, such as portobello or champignon.

“Mexican food can easily turn into vegan food, since nearly 80 percent of Mexican dishes are made with vegetables, chili peppers, herbs, mushrooms or fruits. Removing meat out of the dishes is easy and does not alter the flavor,” said Margarita Villanueva Torres, a graduate in international cuisine from UNIMEX Veracruz campus.

“Ancient Mexican civilizations, such as the Aztecs, had a healthy diet. Without realizing it, they consumed massive amounts of fiber, as well as important vitamins, minerals and a low amount of calories,” said Torres.

Some people adopt veganism for its health benefits; others follow it out of respect for animal life.

Fortunately, the ingredients for vegan recipes are inexpensive and easy to find in Mexico.

Put the beans, sauce, and cumin in a frying pan over medium-high heat. Cook the mix for seven minutes.

Remove it from direct heat, add the avocado, tomatoes and corn.

Add the mix to the tortilla. Serve immediately.