The young welterweight star faces his stiffest test to date as he chases a world title. 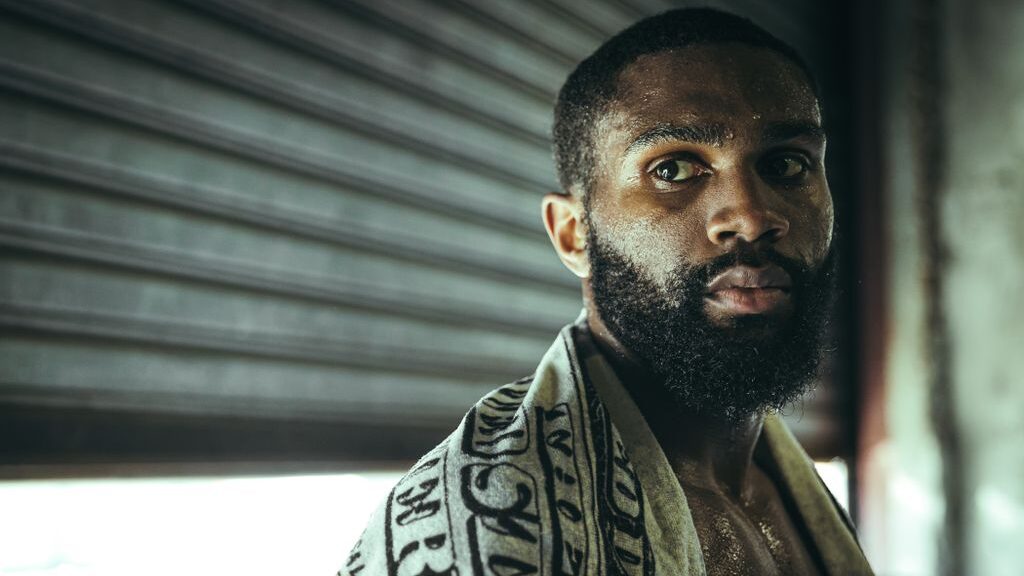 Though it’s known as “The City of Brotherly Love,” Philadelphia has also produced some of the best pugilists to ever lace up a pair of gloves. Hall of Famers such as “Smokin’” Joe Frazier and Bernard Hopkins top the list of Philly greats, while  Matthew Saad Muhammad and Meldrick Taylor solidified their spots as some of the best to ever come out of the prestigious boxing area.

Now, Jaron “‘Boots” Ennis, 26-0-0 with 24 knockouts, seems to be the future of not only Philadelphia boxing, but the sport’s welterweight division as a whole. Rapidly climbing the ladder as one of the brightest stars, his aggressive style, high work rate and impressive knockout percentage make him impossible to ignore.

On April 10 on Showtime Championship Boxing, Ennis will face Kazakhstan’s Sergey Lipinets, a former kickboxer who comes to the ring with a 16-1-1 record, including 12 knockouts.

Ennis looks to become the first to stop Lipinets within the distance and solidify his spot as one of the best in boxing’s deepest division, the welterweights (147 pounds). Ennis has proven to be the much-needed shot in the arm that boxing needs, starting out this year.

Zenger News caught up with Ennis in the final days of his training camp to discuss the Lipinets clash, why he feels no pressure heading into the biggest test of his career and much more.

Zenger: How has training for your fight against Lipinets been going?

Ennis: Training has been going very well. Just sharpening up and getting ready for April 10.

Zenger: Obviously, COVID-19 didn’t slow you down. You may be the only elite name fighter to fight three times in 2020. How important was it for you to stay active and remain sharp?

Ennis: That’s who I am as a person, period. I’m not cocky, I’m not flashy or none of that. They might say I’m cocky in the ring, but outside of the ring, I’m not cocky. I’m just regular. I feel like I’m a regular person. I just do regular stuff. Gotta keep it humble and keep it simple.

Zenger: Your entire family boxed. Has that molded your approach to boxing and shed light on what you feel you could become in the sport?

Ennis: Most definitely! Just being around them&mldr; I mean my dad still spars and stuff like that, and being able to see my brothers fight. They were fighting all over. They were on Showtime and ESPN. To be able to see them fight on TV, I always wanted to be like them. To be able to fight on TV and show my talent and look at me now. I’m doing it now.

Zenger: Aside from the Chris Van Heerden fight, which ended abruptly due to an accidental headbutt and was ruled a no-contest, you stopped all your opponents previous to that. All three had never been knocked out before. Lipinets is 16-1-1 and he’s never been knocked out. Your fighting style suggests that’s the goal every time you get in the ring.

Ennis: (Laughing). At the end of the night, we always wanna get a big knockout. If it comes, it comes, but I’m just going to go out there and have fun and do what I need to do. Be sharp, smart and put on a punishing performance. I think if the opportunity presents itself, then the knockout will come.

Zenger: Lipinets has a style or something about him that most fighters avoid, while you seem to run toward fights like that. I’m talking about guys that present, if not a problem, a very tough night. Why is it that you seem to welcome these types of challenges at 23 years old?

Ennis: Since I have been a pro, I have fought like five or six guys that fight similar to the way he does. Those styles fit right into my style. He comes straight forward on a line. I know he’s going to be there right in front of me. He doesn’t move his head and that’s perfect for my style. It’s going to be a long night for him in there.

Zenger: You often switch stances in the ring. Is that premeditated or something you feel during the course of the fight?

Zenger: When you break down Sergey, what do you see in him as an opponent?

Ennis: I haven’t really seen too much of him. I let my team do stuff like that. But I know he’s going to try to come forward and be close to me. That’s all I can see him doing, but I feel like I’m going to break him down mentally and physically. I don’t think they realize how strong I really am until they get in the ring with me, but they gonna see.

Zenger: I don’t think people realize how mean you are until they get in the ring with you. You definitely have a mean streak.

Zenger: I think the fight community gravitates toward you, not only because you have a very fan-friendly style, but it seems like the opponents you are in with are at the perfect time. This fight against Lipinets is no different.

Ennis: I turned pro when I was 18, and I wanted to stay active. When I turned pro on April 20, 2016, I had about eight fights in my first year. I wanted to stay active and stay busy. I knew a lot of fighters around that time that wanted to take the fast route and get a world title fast. Sometimes that’s not the best for some people. I could’ve done it. I could have been 10-0 with 10 knockouts and fighting for a world title too, but everybody’s road is different.

Everybody has a different path to a world title, and mine is just a little different. Mine is taking a little longer, but at the end of the day, it’s going to happen, and I know I’m going to be a world champion. I know I’m going to take over the welterweight division. There is nothing to complain about. This hard work is going to pay off.

Zenger: It seems like you have all the pressure in the world on you, yet your demeanor says you have no pressure. Is that the approach?

Ennis: At the end of the day, I feel like there ain’t no pressure because I’ve been doing this for so long. I’ve been around this boxing game for so long. I got to see everything. I’ve been around great fighters; I’ve sparred great fighters&mldr; I have just seen so much; I just feel like it all comes natural to me. I have been around the game so long, when the cameras and stuff get in front of my face, I’m just regular. I don’t shy away from anything. So, I guess it’s just me being around the game so long. That’s where it comes from.

Zenger: There are usually no feel-out rounds for you. You come out of the gate fast and that’s rare at this level. Is that to test your opponents and see what they have early, or just the way you like to fight?

Ennis: It’s me breaking the guy down as soon as I get in the ring. I can break somebody down within seconds when I’m in that ring. I know a lot of people, when they fight, they don’t warm up in the back. You can catch somebody early. I know people keep saying I haven’t been past six rounds and stuff like that, but what they don’t know is, I get stronger as the rounds go on. Only people around my camp know [that] anything past six rounds, I keep getting stronger and stronger. They don’t know that. I’m glad people think that, though, because they’ll see. If it gets there.

Zenger: We recently lost the great “Marvelous” Marvin Hagler, and your style and personality remind me of him. So before I let you go, was he someone you studied and if not, I’m sure you have an appreciation for him?

Ennis: I actually never studied Marvin Hagler, but I did watch a few fights of his, and I didn’t know he switched back and forth until I saw that. That was dope to see. He was real aggressive, too, so I liked what I saw. Great fighter!

«Previous Post
Rejection Was The Mother Of Creation For ‘Concrete Park’ Co-Creator »Next Post
Marines And Movies: Darius Cottrell Is Finding His Role In Hollywood