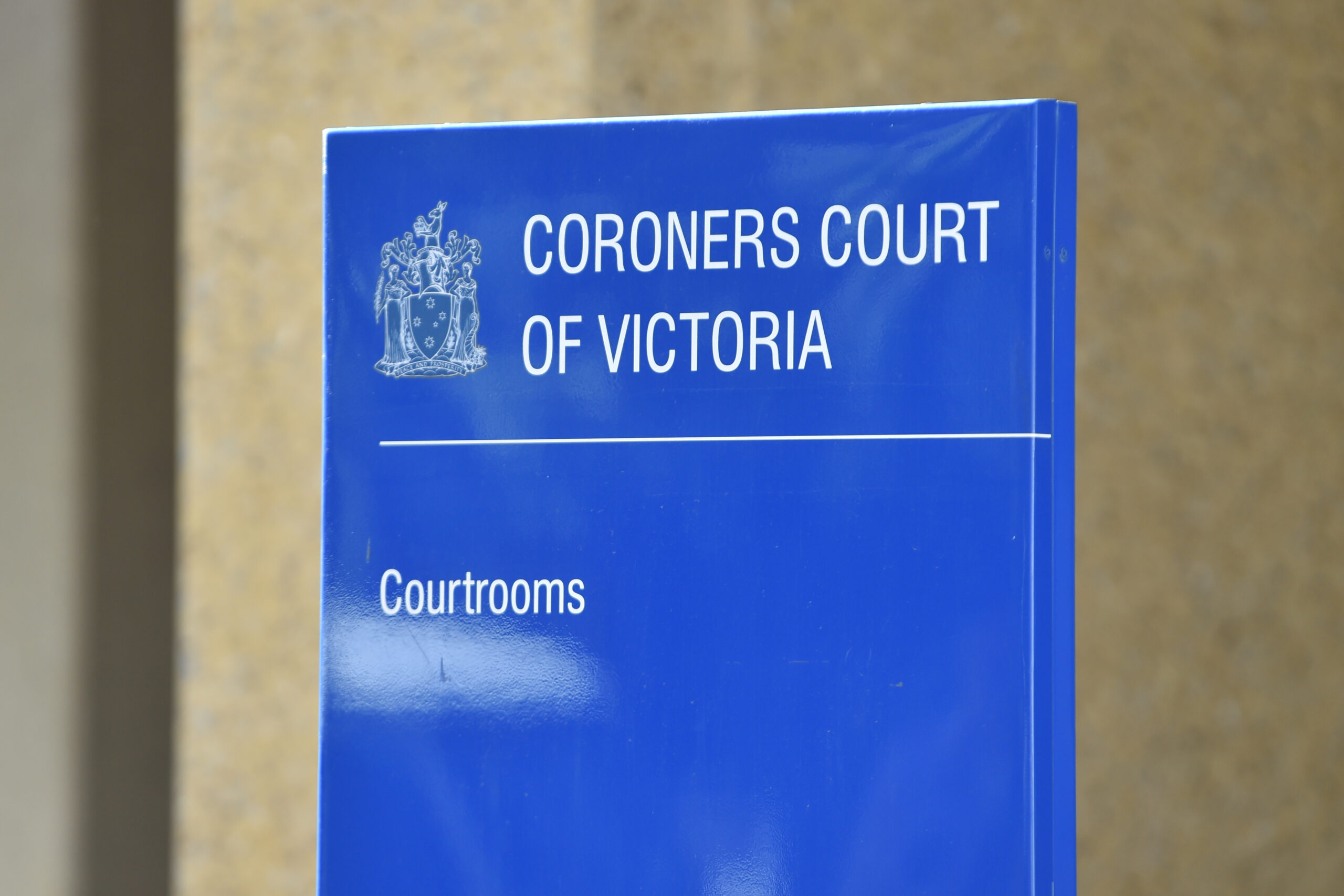 Signage of the Coroners Court of Victoria is seen in Melbourne. (AAP Image/James Ross)

MELBOURNE, Australia — A young woman found dead in a Melbourne creek more than 40 years ago was most likely killed by her stepfather, an inquest has been told.

“She was naked with her throat cut and plastic bags around her head and her feet. A 1981 inquest could not determine who killed her,” said officials.

In 2003, her stepfather Peter Dawson was arrested. Neither he nor anyone else was charged, and he died in Queensland in 2008 at the age of 65.

A new inquest in Victoria’s Coroners Court was on March 30, where it was reported that Dawson cut his stepdaughter’s throat and dumped her body in the creek.

Swabs collected from the woman’s body also indicated sexual intercourse around this time.

“Her stepfather was 100 billion times more likely to be the contributor to the DNA found,” said Lindsay Spence, counsel assisting.

Upon Dawson’s arrest, he denied ever touching his stepdaughter sexually.

Given strong evidence suggesting otherwise, Spence claims it was open for coroner Audrey Jamieson to disregard the denial and find that Dawson had been responsible for the death on the balance of probabilities.

Jamieson is yet to hand down her findings but agreed there was “clear and cogent” evidence indicating this was the case.

Dawson and his partner, Helen, kept a “tight leash” on the young woman, the inquest was told.

She wasn’t allowed to socialize and stay home unless she was working at a Footscray supermarket.

In the lead-up to her death, she clashed with her parents because she wanted to go out with a coworker.

Two days before she disappeared, Dawson withdrew AUD 1,400 (around $1,000) from her bank account.

When discovering her body made the news, her stepfather informed a neighbor that she had gone away on holiday.

The court was informed that he was in the area, where the body was found a day before passers-by made their grim discovery.

Later, Dawson’s partner was overheard saying: “I’ll call the police and tell them everything.”

Dawson admitted down the track to his son: “I’ve done it (killed) before,” the inquest was also told.

On the day of the young woman’s disappearance, a telegram arrived at the family’s Tottenham home.

“Decided to be on my own for a while. Let you know where I am later,” it read.

The telegram was signed “Babs.” The court was informed that only Dawson used that nickname for the young woman.

The telegram was requested and dictated by a man calling from a Footscray phonebox, as per the phonogram operator at the time.

In 2005, Dawson was arrested and charged with the murder of his first wife, Patricia.

She has never been found after disappearing in South Australia in 1972.

The murder charge was dropped in 2006.

The court decided that findings into Barbara Dawson’s death will be handed down later (the date is yet to be decided).