Stories of adventure and bravery have been shared by Australian veterans as the RAAF marks its 100-year anniversary. 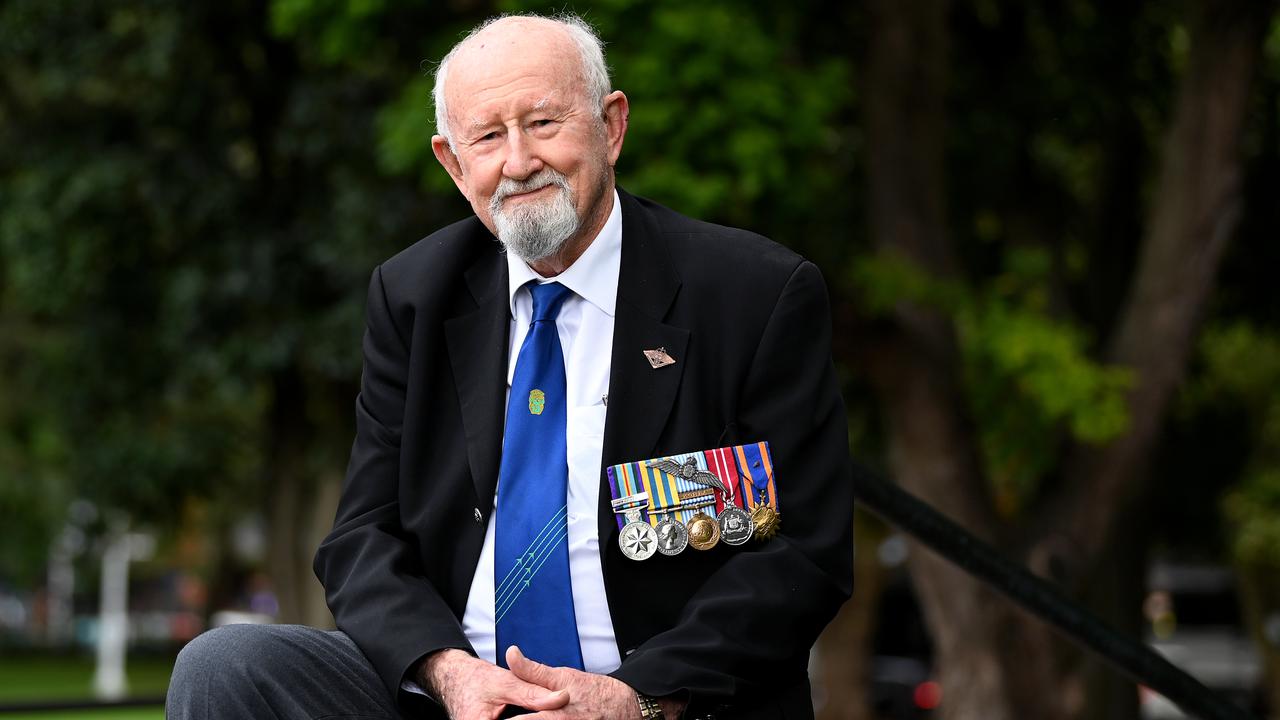 CANBERRA, Australia — Thrust into action in command of an unfamiliar plane, Royal Australia Air Force (RAAF) veteran Ray Seaver had to learn fast when he arrived to serve in Korea.

As Australia commemorates 100 years of the RAAF on March 30, stories of adventure and bravery abound among those who served.

“Most of us were very raw, and it was a little daunting, of course, because you’re in a brand-new airplane,” said Seaver. “Most of us had never flown two-engine airplanes before. And we were shooting guns and firing rockets at people.”

“It was a bit of a sharp learning curve, let’s put it that way.”

Seaver was 19 when he enlisted for the Korean War in 1951, joining the 77 Squadron after completing his training.

Forty Australian pilots were killed during the three-year conflict.

“I pulled up and looked back, and I didn’t see him, but I saw his parachute going down. He was taken as a prisoner of war. Luckily it was towards the end of the war, so he didn’t have to spend a great deal of time in the camp,” he said.

“Another friend of mine spent two years up there, and he suffered rather badly.”

As if he didn’t already have enough stories to tell, Seaver got “a bit of a funny surprise” upon returning home.

“I was hoping to spend a bit of time at home, and having been through a Korean winter, I wasn’t looking forward to colder weather,” he said.

“I was then posted to an Antarctic expedition of all things.”

Having provided aerial support at Australia’s Mawson Base in Antarctica, Seaver eventually left the force and started flying for Qantas.

He has returned to Korea several times, including for a commemorative mission in 2016.

The RAAF is marking its centenary with events, including memorial fly-pasts in Canberra and Adelaide.

Ron Houghton, a pilot in World War II, a recipient of the Distinguished Flying Cross for his service flying Halifax bombers in Europe, was among the veterans who gathered at the Anzac Memorial in Sydney last week to mark the anniversary.

A lifelong flying enthusiast who went on to earn a Ph.D. in aeronautical engineering, Dr. Houghton will turn 97 in May.

“He’s a very proud Australian which is what the centenary of the air force is all about,” says his daughter Lynley.

“We keep saying he’s trying to catch up, but he’s got a few years to go.”