VIDEO: Women’s Police Stations Help Prevent Violence Against Women, So Why Are They Not Everywhere?

Experts believe that lack of cases is one of the reasons there are fewer women dedicated police stations. 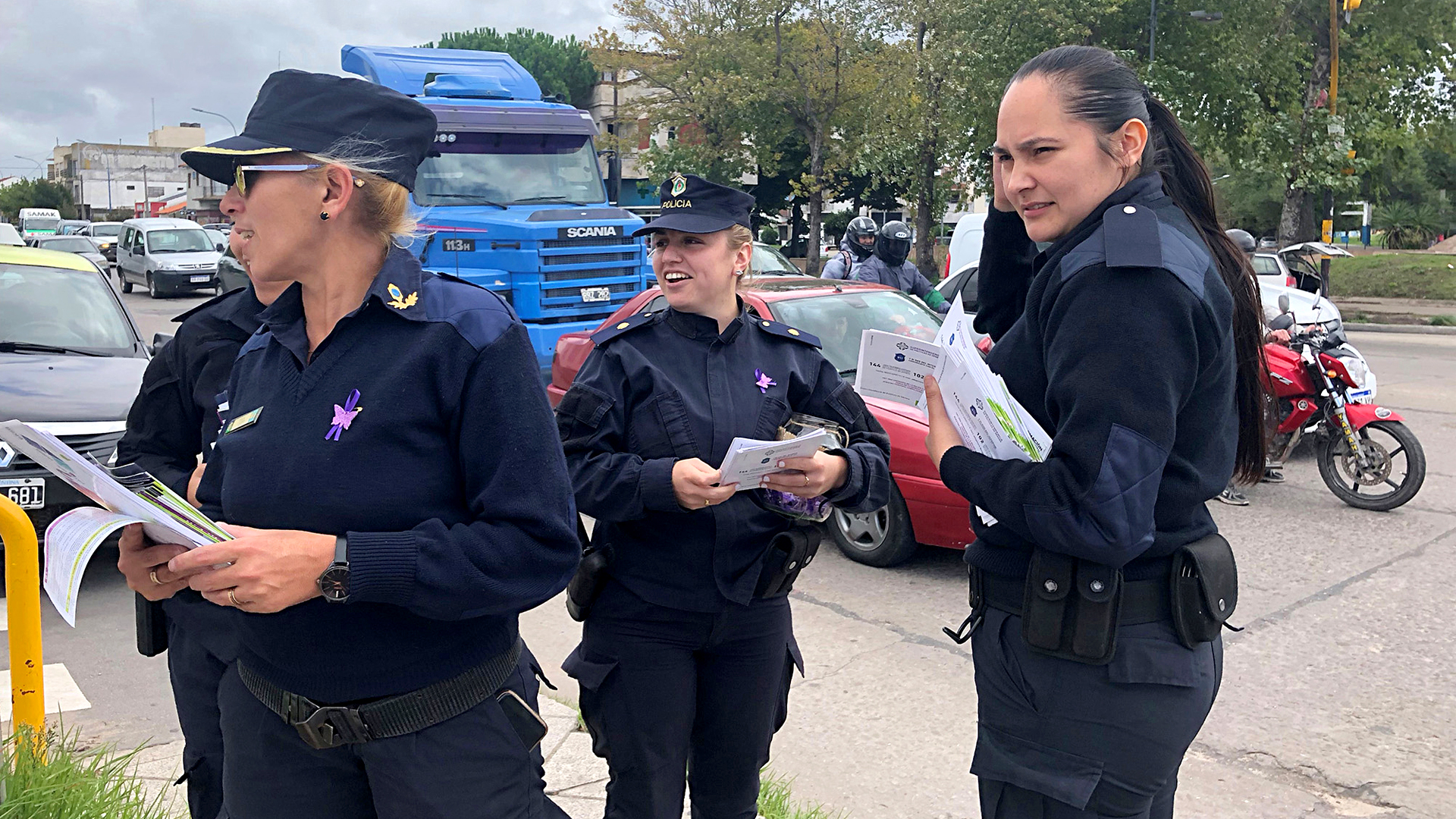 BRISBANE CITY, Australia — Women’s police stations have been effective in curbing assaults against women in many countries. Yet, English-speaking nations, where gender violence is primarily growing, fail even to consider the concept.

Women’s police stations are separate from regular police stations. They are staffed by both women and men from multiple professions, specifically for victims of gender-based violence, to seek help.

Professor Carrington is a 59-year-old research professor in the QUT Centre for Justice in Brisbane, Australia, and has been studying gender violence prevention for over three decades.

“Women are doubtful to report violence, particularly gender violence,” she says. “Only about two percent of offenders concerning sexual assault ever face the justice system.

While a tide of anger is sweeping across Anglophone nations and calls, go out for the fundamental right of women to feel safe on their streets. Criminologist and expert in gender-based violence Professor Kerry Carrington said that authorities had ignored this effective strategy of creating police stations for women for decades.

“In Australia and similar countries, if you want any assistance, you have to go down the criminal justice route, whereas two-thirds of those who use this system don’t want that.

“They want the violence to stop. Victims want an alternative, and this approach (women’s police stations) offers a range of alternatives and doesn’t just funnel them into the criminal justice system.”

Women’s police stations have been operating in Latin America since the 1980s. They emerged in Argentina during the post-dictatorship era when authorities established a truth commission to examine past wrongdoings. It found women refused to approach the police because they had been considered an instrument of rape, terror, torture, and abduction for years.

“The women, mothers, grandmother who had been raped and tortured said they could never trust the police again unless they had their own,” said Carrington. “In response, Argentina created a completely separate structure for the women’s system that reports to its commissioner and has its command structure.”

Now you can find women’s police stations in many nations across South America, Africa, South Asia, and even in the Balkans.

“You don’t need to call the police stations. They are justice centers for victims of gender violence,” said Carrington.

The system is hugely successful as it encourages earlier reporting and intervention when the cycle of violence is easier to break.

“The stations are made particularly warm and welcoming,” Carrington explains. “Everyone in them works as teams, lawyers, social workers, police, and sometimes doctors.

“Visitors are met by a civilian at the front counter who works out who the person wants to see.

“And this may not be a police officer,” she adds. “It’s not a one-size-fits-all situation.

“There is a childcare room so conversations can be in private without children having to hear it.

“They offer a gateway of services in just one place.”

Professor Carrington’s interest in Argentine women’s police stations was sparked in 2015 when she visited one in Santa Fe and was amazed the successful concept had never been applied in English-speaking countries.

She returned in 2018 with funding from the Australian Research Council and a large team to conduct a study over several months.

“From an economic point of view, they are much more effective and cheaper because all the services operate in one location instead of duplicating,” she says. “They widen access to a whole range and gateway of services, and they sidestep a lot of the limitations of criminal justice processes.

“Male police can work in them, and men and women can access them as victims, it’s not the gender that matters for the police officer, it’s the training – you have to have done specialist training to work in one of these stations.”

An important point she says is that women’s police stations only attract people who want to work in gender violence.

“Most police in our police forces didn’t enter policing to work with gender violence. Many of them entered policing because they thought they would be chasing bank robbers, and they had a glorified image of what protection is.

“When they discover that up to a half of their shift might be taken up with what they call domestics and become resentful, and they think ‘I didn’t sign up to the police to be doing this,’ and that’s the culture problem that we’ve got.

“Male-dominated military and policing institutions have had a very long history of either siding with perpetrators, not believing victims, or just turning a blind eye.

“It’s tough to explain to people the context and history because we’ve been embedded in the system for so many years, but it’s essential to understand that.”

She believes the English-speaking world is only now waking up to the need for a system like this. Still, a combination of national law and policy mandated to engage with community prevention efforts would have helped prevent the hurt and anger people currently feel when they see that women are still unsafe.

But the political will has to be there for things to change, she says. Carrington approached eight separate state police forces in Australia to participate in her research, but only three have responded to date.

She says a cultural shift is needed for Anglophone countries to see the benefits of this approach and believe that successful programs in non-English countries can achieve similar results.

But there are others with the same conviction as Carrington. Her research has teamed with Canadian experts interested in the benefits that women-led policing holds. In the UK, an ongoing survey asks experts in the field their impression of adopting such a concept.

Carrington gave a joint presentation to the UN Commission on the Status of Women on March 24 alongside Professor Myrna Dawson of the University of Guelph, Canada, Dr. Elaine Arnull, and Dr. Mahuya Kanjilal from the University of Wolverhampton, UK.

Dr. Sebire is Assistant Chief Constable for Bedfordshire Police with special responsibility for forensic murder investigations and the national policing lead for violence and vulnerability.

Although Dr. Sebire feels it is unlikely the UK will see women’s police stations like in Latin America, she believes the multi-discipline approach applied to existing police stations will expand. Specialist women’s sections may become more common.

“It may mandate all of those statutory agencies to cooperate to serve the victims of domestic abuse and gender-based violence,” she says. “But I think that that sort of multi-agency framework is more likely than individual female police stations.

“And it might be that they will be somewhere else other than police stations.”

Dr. Arnull agrees that while women’s police stations are the gold standard, the UK’s multi-agency approach is a step in the right direction: “At the moment everyone is looking at their little bit, and I think what we’re trying to achieve is get everyone to work together around gender-based violence and have the same outcomes.”

Carrington says with about two million of Australia’s 25 million people have experienced sexual assault or rape some time in their life, the problem is both big and urgent.